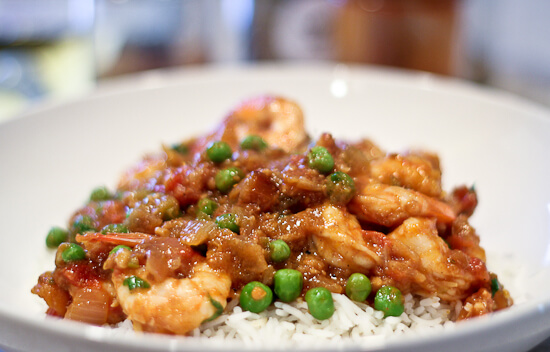 I hope I translated the name of this dish accurately!  It is from a pretty intimidating cookbook that John got me, called Prashad-Cooking with Indian Masters

, by J Inder Singh Kalra, who is (was?) an Indian food writer.  First published in 1986, the book is intended for an international audience, but either because it is dated or because it is written by an Indian in India using the recipes of chefs in India, it is more intimidating than the other Indian cookbooks I have.  However, based on this dish, I would say it is worth getting over my hesitations.

One thing is worth noting: Indian food is not fussy, it is easy to adjust it to taste.  So even when confronted with an intimidating cookbook such as this one, it is not too difficult to just toss the requisite ingredients into the pot and go for it.  I don’t know if I got it right, and I do know I adjusted it to taste (the honey, for example), but the end result was tasty and enjoyed by everyone.  There were no leftovers. 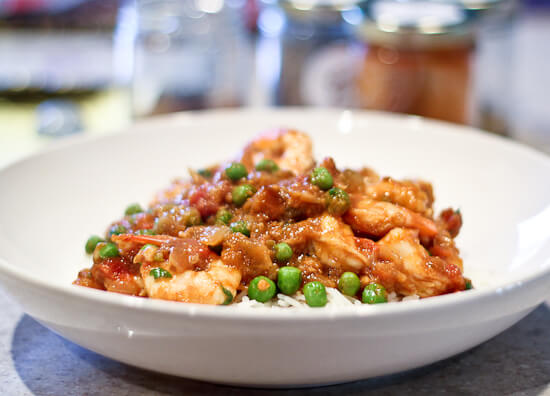 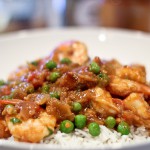