You are here: Home / candy / Grown Up Crispy Chocolate Globs 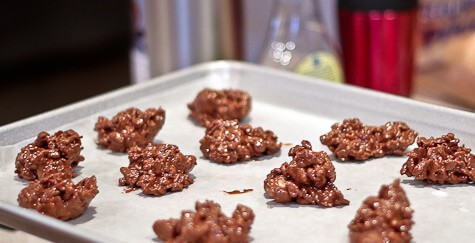 Ostensibly this post is about food, Crispy Chocolate Globs to be exact.  But first I need to share something more exciting–Skamp has arrived! 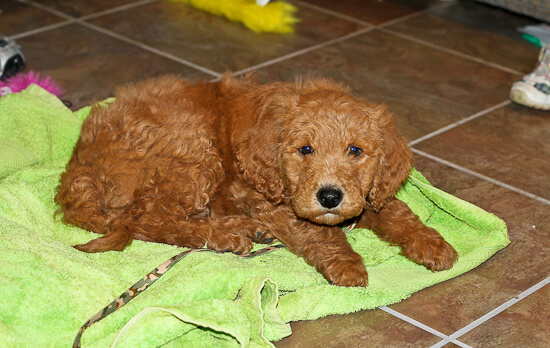 As many of you know, Skamp was a surprise from Santa–but he wasn’t old enough to come home yet, so on Christmas morning the kids opened up a box with a food bowl, a water bowl, and a bag of puppy food.  And a letter from Santa emphasizing the importance of sharing and responsibility. Hilariously they had no idea what to make of it, and hints needed to be dropped.  At which point, serious excitement commenced.  We finally got him this past weekend, and Alex proclaimed it “The best day of my life!!!!!” 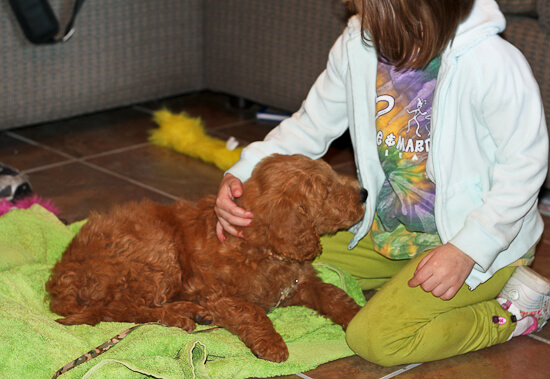 Both kids have been over the moon.  He is (for right now) the perfect size and temperament for small kids, which is to say tiny and relatively calm (ask me again in a few days though because tonight when he went on his bedtime walk he attacked my pajama bottoms repeatedly).  Alex handles him with absolutely no problem at all.  Sammy does well, but cannot pick him up quite as smoothly.  He is responsive (usually, pajama bottom war aside), affectionate, and, incredibly, even cuter in person than on camera.  Expect puppy pictures for a while, because we just cannot get enough of him! 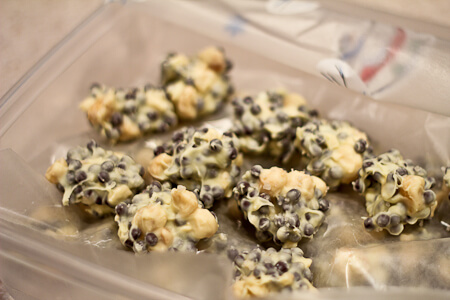 So about these tasty globs… I hope Merrill over at Food52 forgives me for tweaking and then renaming them globs.  The thing is, hers were all white chocolate and so she called them snowflakes.  What I made bears no resemblance to snowflakes, which left me with a naming dilemma.  If anyone has any suggestions, leave me a comment and I will cheerfully rename them!

I made them in 2 different flavors, one with a high cacao milk chocolate and plain rice krispies and the other with a good quality white chocolate and Valrhona’s Crunchy Dark Chocolate Pearls (which are essentially dark chocolate coated puffed rice and which I adore).  Both were delicious, but the milk chocolate were the hands down favorite with everyone. 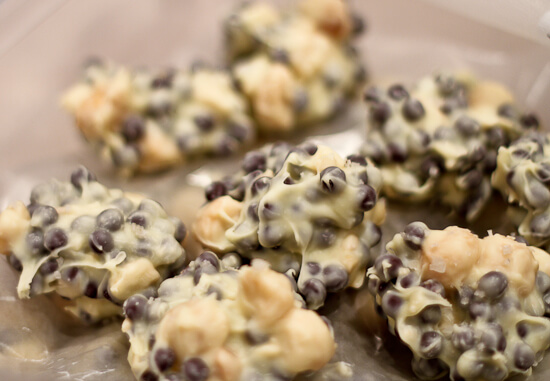 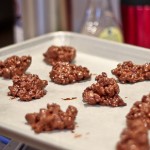