Creamy Cappuccino Marshmallows are the best marshmallows I have ever tried for eating out of hand. They are a perfect festive treat to add to your holiday cookie tins! [Note: I updated the photos in December 2016.] 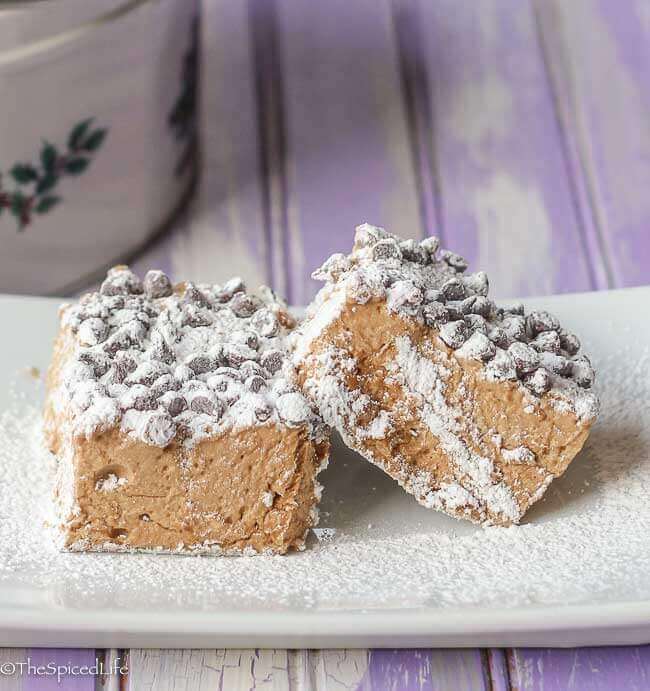 I would not normally post such a similar recipe so close to the previous similar recipe. This is basically just a flavor variation on my Creamy Peppermint Marshmallows. [December 2016 Update: because this is a flavor variation, over the years I have made it different ways. I wanted to update the photos, but the photos are not identical. The difference came down to using liquid vanilla (at least a tablespoon) and coffee extract, which I only did because it was staring at me on the shelf when I went looking for the espresso powder. Either works fine, but as you may notice the extract results in a darker marshmallow. I also skipped the cocoa dredge and used a plain powdered sugar and starch dredge.] 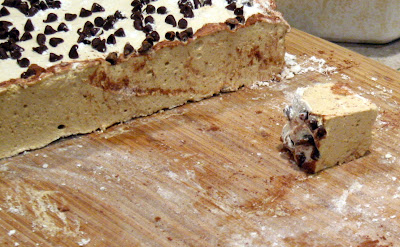 But holy cow if it was not one of the more inspired flavor combos ever! I usually prefer marshmallows for dissolving in hot chocolate–otherwise they are kind of sickly sweet confections to me. But these Cappuccino Marshmallows, tempered by the bitter espresso, are much less sweet and really hard to resist plain. I cannot stay out of them. I have had requests for the ratio of ingredients I used, so I decided they were worth a blog post, especially given how much we are loving them around here. 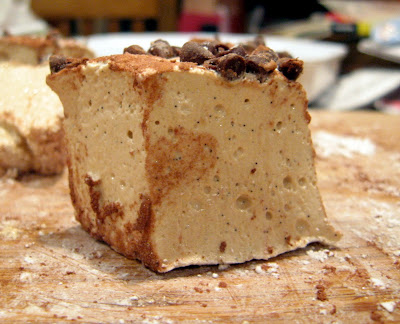 Some comments on the flavor ratio used: don’t skimp on the vanilla; if you cannot swing 4 beans, than at least use at least one tablespoon of vanilla extract. If you plan to dissolve the marshmallows in hot chocolate you might try increasing the espresso to give them a more pronounced coffee flavor, one that will hold up to the strong chocolate flavor (but be aware I have not tried it yet with more espresso so it may mildly change the texture). 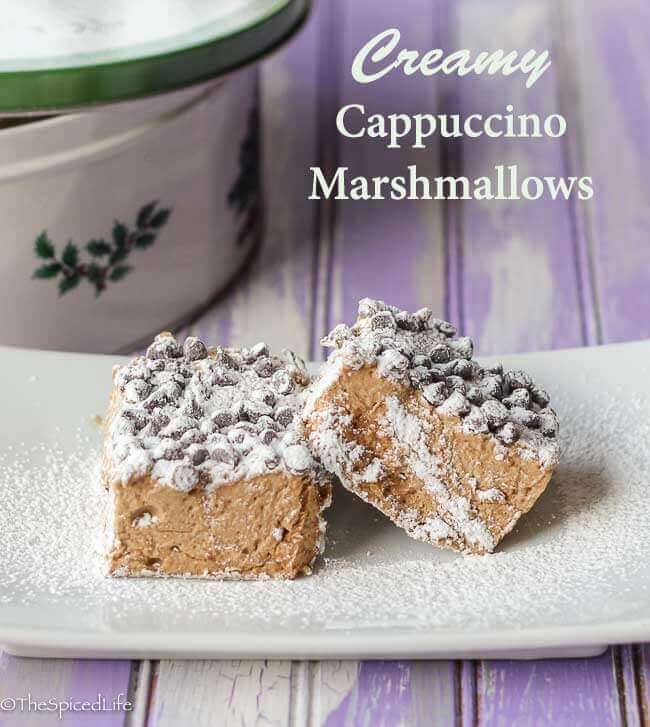 For a slightly more detailed account of marshmallow making, complete with step by step photographs, check out my Creamy Peppermint Marshmallows. Speaking of pictures, the simple fact of the matter is that I think marshmallows are prettiest before they are dredged in anything, so I took my photos as I sliced them–be aware they will be much darker after being dredged in cocoa powder (you can see smudges of cocoa powder because my fingertips were covered in the stuff as I sliced the marshmallows). [December 2016: I took these photos after dredging the marshmallows but I used a simple powdered sugar-starch mix. Over the years I have found the cocoa powder a tad messy.] 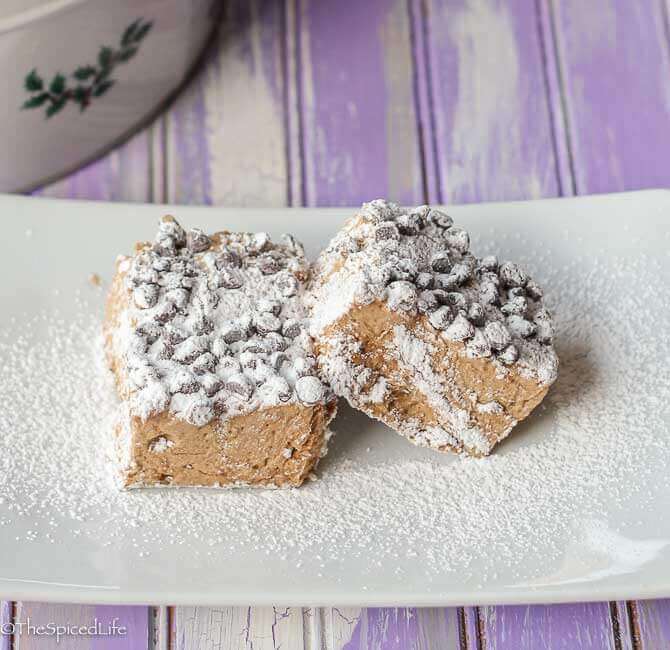 Print
Adapted from Lisa Yockelson, ChocolateChocolate; do NOT use a hand held mixer to make marshmallows. Use a reasonably powerful stand mixer only. Do not try to double the recipe--just make 2 batches.
Author: TheSpicedLife
Recipe type: Dessert
Cuisine: Confections
Ingredients
Instructions
3.5.3226
Looking for a collage to pin? 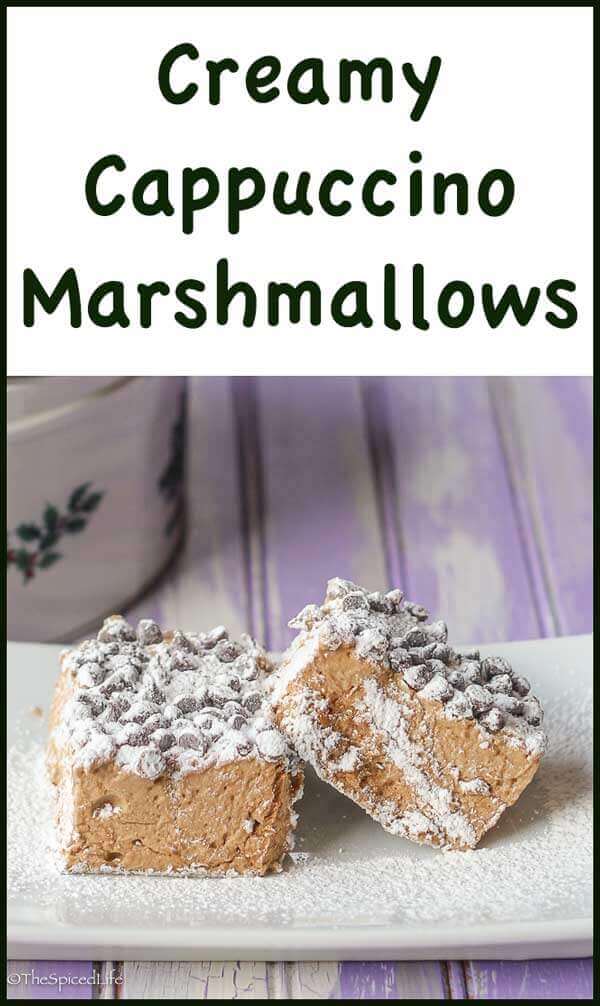