You are here: Home / candy / A Review of Marshmallow Madness: Kahlua & Cream Marshmallows 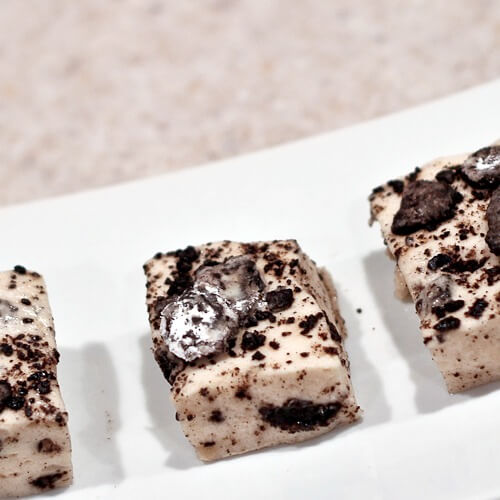 Sometimes you get offered a book to review that you are really excited to try cooking or baking from–but just not that time of year. I am extremely moody when it comes to the seasons and food. I don’t like gingersnaps in the spring or summer. I used to refuse to eat Indian curries in the summer. I still refuse to eat any Thai coconut milk curries in the summer except green. Marshmallows for me are late fall/early winter treats. They sing of holidays and hot chocolate. But Marshmallow Madness was released in the spring–I think the publishers were aiming for Easter and of course they could not know I would be marshmallow’ed out by then. So alas the book gathered some dust.

But I did not forget about it–and thank goodness because this book has revolutionized my marshmallow making! 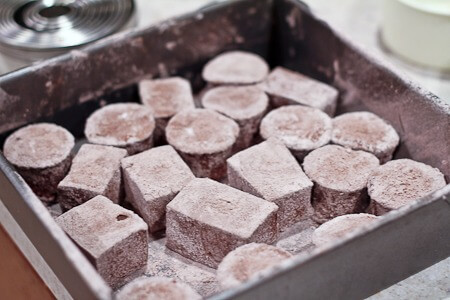 As long time readers know, I am no stranger to marshmallow making. But Shauna Sever‘s Marshmallow Madness has 2 things going for it, even for an experienced marshmallow maker like me (it has a lot more than that going for it if you are new to marshmallow making!). First, the sheer variety of flavor suggestions is awesome–and especially awesome because she offers suggestions for how to create your own, that are not listed in her book. Second, her technique is a little different from that which I have employed in the past, and while the result is a little less fluffy, it is infinitely easier to work with, encouraging creativity in the form of piping out the marshmallow “batter” into silicone pans and creating fun marshmallow shapes without wasting marshmallow cake from cookie cutters (see photo on right–and don’t worry I did not throw that out!). 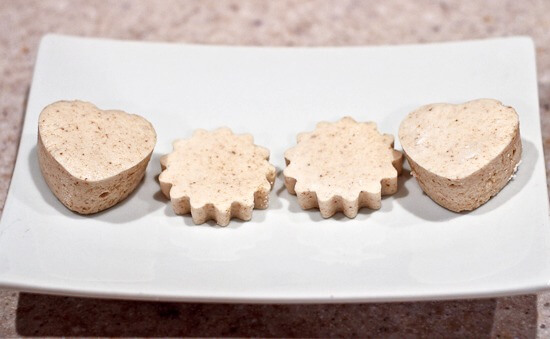 So about the flavors I chose. The first recipe I made, the one that instantly caught my eye and that I knew I would make right away, was Oreo Marshmallows. Confession time: I LOVE Oreos. They are my processed ugh weakness. They are fantastic in ice cream and they are addictive plain. As a result I simply do not buy them because I will eat them all (although when my dad feels like bugging me he will bring the girls a bag), but when I saw this recipe I knew I had to try it. They did not disappoint, I am happy to report, and were easily the first flavor to disappear. (Because of the chunky cookies, this is one I do not recommend piping or cutting into fancy shapes). 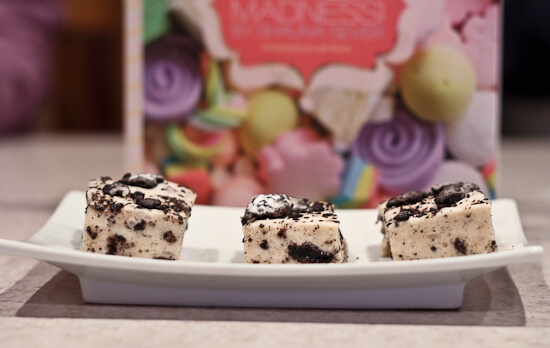 The next flavor I chose was the Peppermint Dark Chocolate. I had tried making chocolate marshmallows before, but I had never found one I loved enough to share with you guys. I think Shauna’a word for these marshmallows was “deeply chocolate” and that really caught my eye. And then she suggested a peppermint variation, and peppermint marshmallows in hot chocolate are pretty much the reason I fell in love with making marshmallows, so I was intrigued. 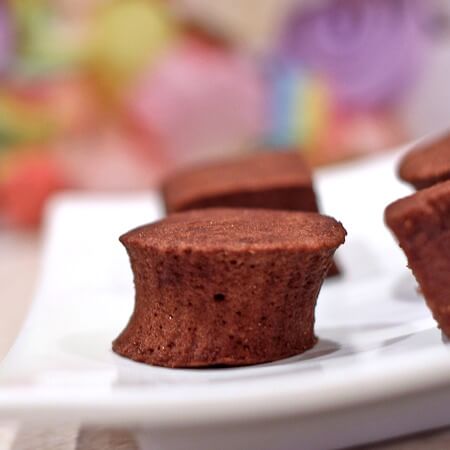 These were also a success. I dropped them several times into my homemade peppermint mochas and YUM! My kids also loved them. So did John. Shauna called for Dutched cocoa, which was different from what I had tried in the past, and the deeper chocolate flavor really worked well with the peppermint. As you can see, this was the flavor where I experimented with using a cookie cutter (actually it was a biscuit cutter, since they are deeper). This worked perfectly but did create, as noted above, a lot of scraps. 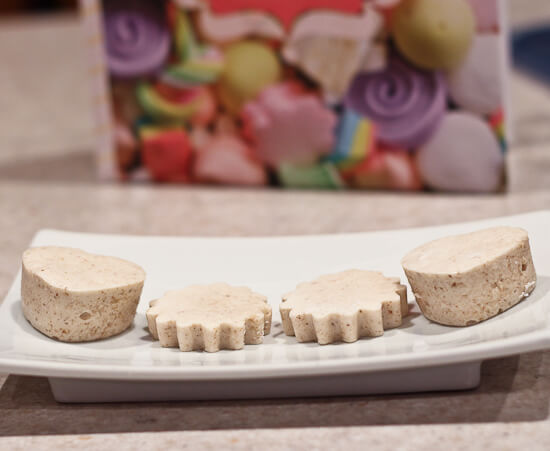 These last marshmallows, Kahlua and Cream, are the ones I got the most excited by. First, because I am totally intrigued by all of the boozy flavors I can imagine. I said I’ve never wanted to make marshmallows in the summer, but c’mon! Who wouldn’t want to try a margarita or mojito marshmallow (the first of which recipes she provides)? This is also the batch where I suddenly realized that Shauna’s technique created marshmallow fluff that does not set up as quickly as my previous recipes, which in turn meant there is more time to scoop the fluff into a piping bag and pipe the fluff into silicone molds. I giggled the entire time I made these–the shapes just made me so happy! Next time I would try original Kahlua for an even stronger flavor–all I had to work with was the Kahlua cream liquor. Shauna notes that the key to working with alcohol is matching up the proof–so while she did not have this particular flavor combination, I just found one she made using a similarly proofed liquor and used that recipe as my guide. 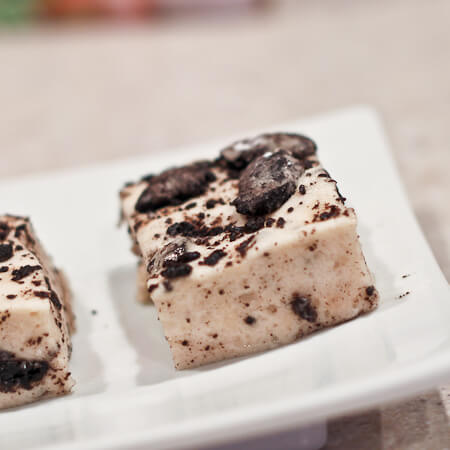 Because I really hope you guys will check out Shauna’s book, I will leave it to you to find the Oreo and Peppermint Dark Chocolate recipes. 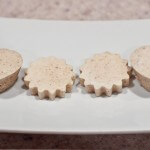 Fine print: I was sent this book to review for free by the publisher. All opinions are my own, and I was not compensated in any way for this review aside from the book.