This Spiralized Thai Cucumber Salad is the perfect refreshing accompaniment to any Thai dish, and is especially delicious served with satay or rich curries. Affiliate links have been used to link to items that I am discussing–and that I love or I would not recommend them! 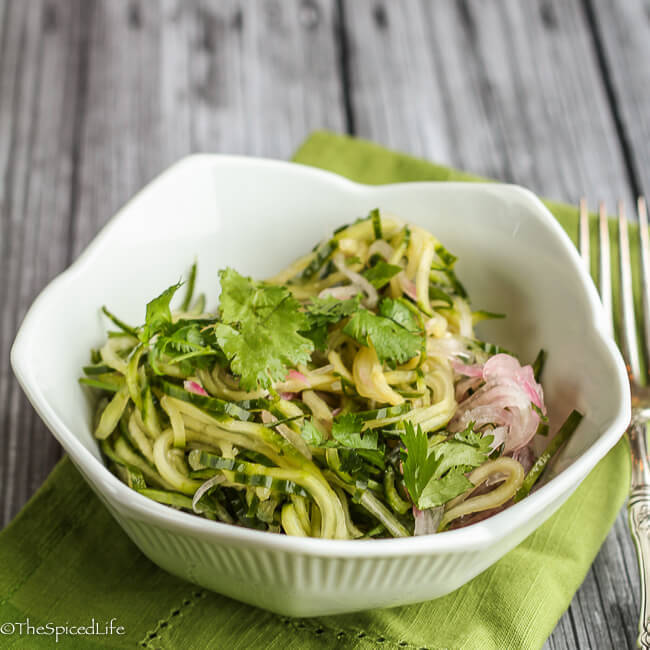 I did it! I got my butt in the kitchen, I cooked some food and took photographs, I joined the hordes and bought and used a spiralizer, and I finally unpacked the last of the boxes that were packed by professional movers way back in Pennsylvania when Sammy was about 8 months old.

Yes you read that right.

So I guess pick a milestone! I am definitely having issues getting my life back in order since returning from Italy, so cooking and photographing a simple meal felt pretty big. And yeah I finally caved on the spiralizer–and it was so much fun I have no idea why I resisted so long. As to the boxes…. only my very longest readers may remember that we moved a lot when we first got to Ohio, while we were building a house, and because of that some kitchen (I know! Kitchen!) boxes were not unpacked at all for the short term stays in different houses. And then by the time we got here, it just felt like we had learned to live without whatever was in the boxes for so long it didn’t feel pressing…

So what started pressing? Meet Persephone! 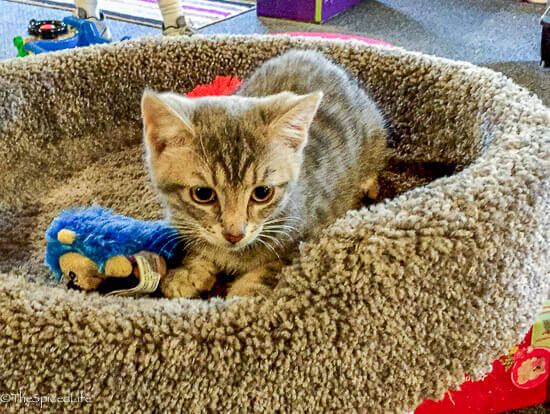 I am super excited to tell you all about her, but I am going to save most of it for a later post, involving cats in Italy. And no she didn’t come from Italy. But anyway, much like her namesake she will be dividing her time between up with us and the basement (primarily because I have serious issues with cats on the counter and a lot of family members with allergies, including me!). This meant getting the basement clean–which meant hauling those boxes upstairs and checking them out.

What a treasure trove of food photography props! Ha! And several long lost items I have been searching for. And of course some items that will be donated to Good Will. And a lot of paper to throw away–have you seen the way professional movers pack things!? 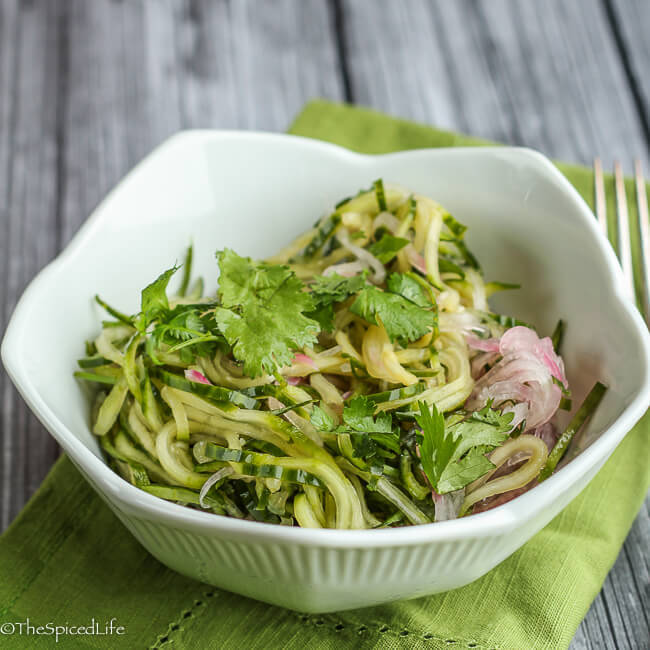 Anyway. Back to the other stuff I am excited about. I decided somewhere near the end of my time in Italy that I was going to take the plunge and buy a spiralizer. What decided me? Carrot thread (noodles) salads! That texture just sounds awesome to me. I don’t know how sold I am on the whole noodle substitute angle. But I love the idea of it for salads! Or just for the sake of the texture that is created by the threads. After hemming and hawing, I went with the Paderno World Cuisine Spiralizer Pro, 4-Blade

, primarily because I am in love with the idea of the angel hair blade, which only comes in the “Pro” version. 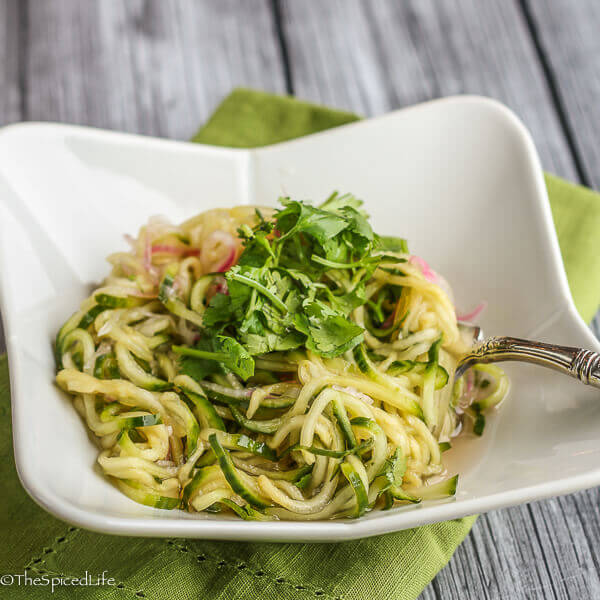 I started with a thicker “noodle,” figuring it might be easier, for this salad. The Thai Cucumber Salad itself is technically a redux, but it was on my blog so long ago I actually thought the occasional post without pictures was acceptable. And once upon a time I swear it was not nearly as gauche as it feels now! Traditionally I have always made this salad (I make it frequently) with thinly sliced cucumber–but another benefit to the spiralizer–or a mandolin–is that it gets the slices super thin, which in turn gives you more surface area for the delicious dressing to cling to. The dressing itself is nothing unusual, but it is traditionally Thai and that is where I learned to love it.

I first made this recipe eons ago from Nancie McDermott’s excellent Real Thai: The Best of Thailand’s Regional Cooking

, but it has been so long since I even consulted the book that I could not tell you how much my recipe is adapted. As you will see, the recipe is super simple! 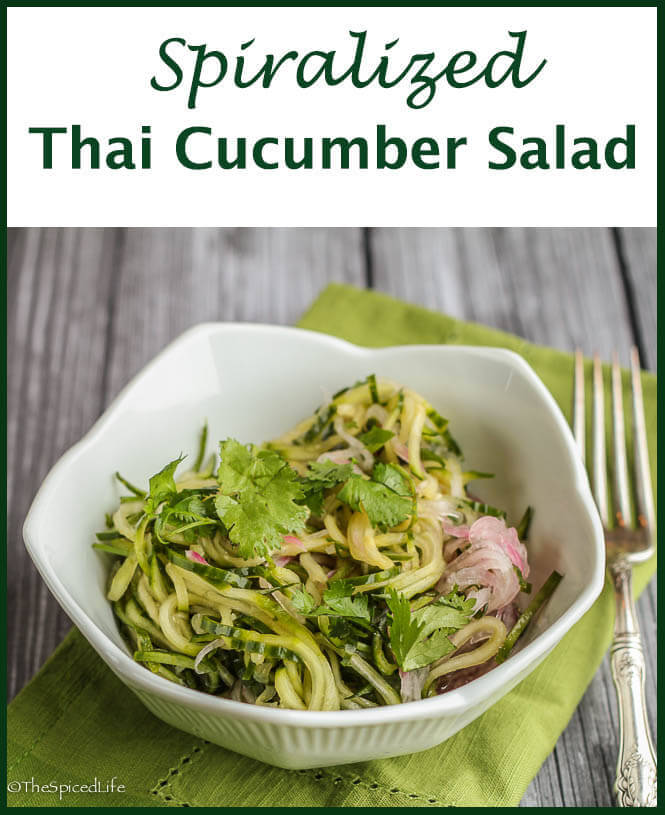 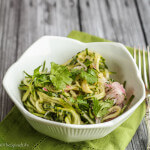