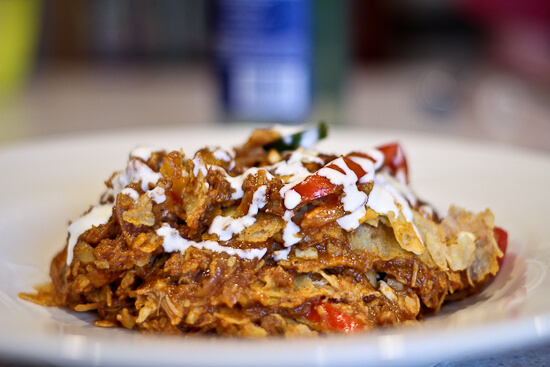 I was observing that I seem to be as lazy as though it were me whose school had ended for summer, and a friend on twitter pointed out it can be hard to lose your routine.  He completely hit the nail on the head.  I apologize for the lack of posts lately, but I have been either busy–dance rehearsals and recitals, weekend guests, end of school year stuff–or, frankly, curled up on the couch reading a book.  And I am nervous about this blog and my summer.  We will be gone for a month and a half!  For a while this site may become a travelogue and not a recipe blog.  So I hope you are all patient. 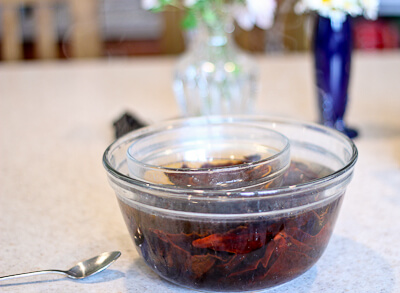 But about this post!  Guys, I am loving World Kitchen.  I so hope more of you will join up because we are having a blast.  And I love the inspiration to push myself.  It’s kind of like Daring Cooks or Bakers–but with moral support while you are doing it!  This molé is an excellent case in point.  I have always been intimidated by molé.  I don’t know why it never occurred to me that my Preethi wet dry grinder would make molé a dream to make–but it absolutely did.  Yet another reason to own this fabulous machine.  I think everyone who participated would agree because although the instructions recommended a food processor, much like Thai curry paste, the processor alone is a little disappointing.  Everyone else said their sesame seeds remained whole.  Mine were completely pulverized. 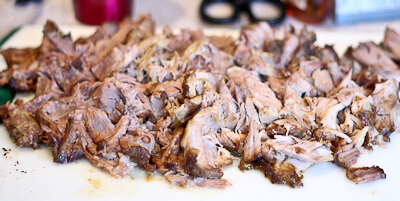 Shredded pork to go into molé.

Unlike the paella, I followed the recipe exactly for the molé paste (except for using the Preethi), so I am linking to World Kitchen for that recipe.  However, what we chose to do with the paste was completely up to us, and so that is the recipe you see below.  I first cooked a pork shoulder overnight in beer and aromatics, then shredded the pork and mixed it into the molé.  I layered that with caramelized veggies, corn tortillas and queso fresco for a tortilla casserole (the lazy person’s answer to enchiladas).  It was a big hit with everyone but Sammy.  My in-laws were here and they each had 2 servings, John and Alex loved it and so did I.  Some people online found it a little sweet, but with the shredded pork and queso fresco that sweetness was balanced out perfectly. 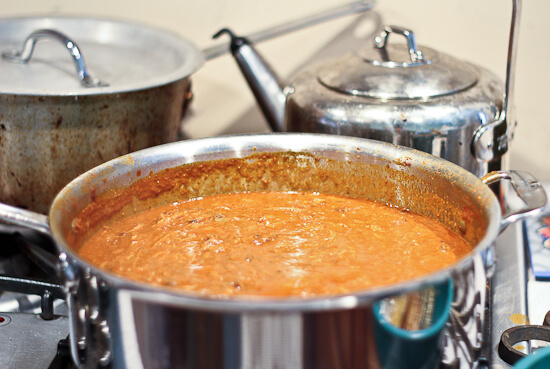 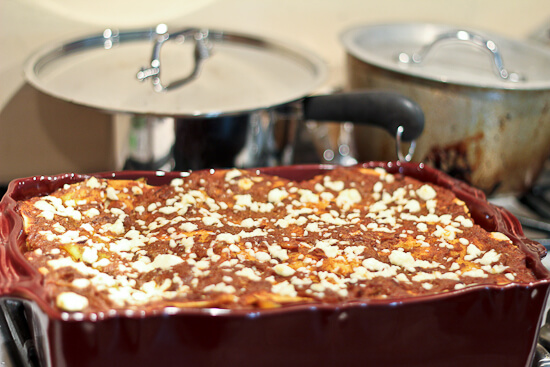 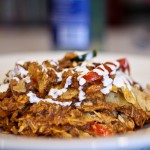