You are here: Home / apples / No Nut Apple Pie Bars 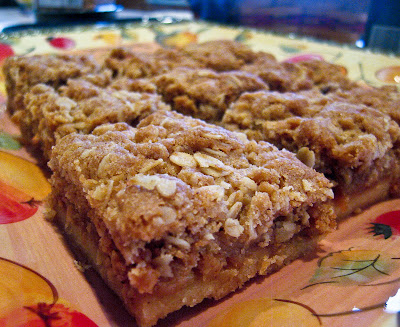 Last week Alex’s kindergarten class studied apples, so her teacher asked me if I could bake an apple treat for them. Because of the prevalence of nut allergies in kids (and indeed Alex does have one child with nut allergies in her class) I skipped past the apple bars I have made in the past and kept looking until I landed on the Recipe Girl‘s Apple Pie Bars with an oat topping. 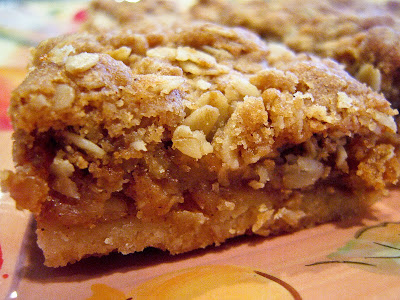 What a success! The kindergarten class made me a ginourmous sign thanking me for the “brownies” (I think Alex must have forgotten what to call them, haha), and each of them signed it. Do you know how absolutely adorable it is to get a sign that has been “autographed” by 24 5 year olds? Mind you, some of them were picky and did not eat the bars, but as Alex and her teacher both more or less said, those are the crazy (Alex’s words, not the teacher’s) kids who are picky about everything. Because these bars rock. 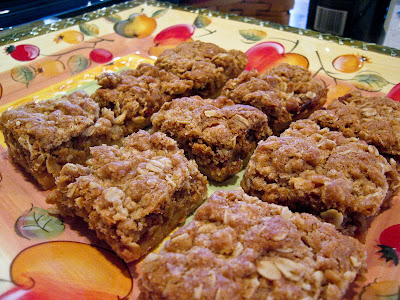