You are here: Home / misc / Malaga, Spain: An Open Letter to Alex and Sammy 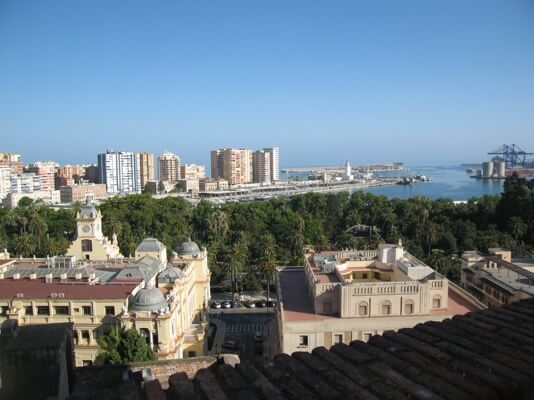 Dear Alex and Sammy: Getting back to Malaga, Spain, went wonderfully smoothly, which was a relief after the previous bacteria ridden days.  The overnight train from Marrakech to Tangiers was fine, the boat was fine, even the bus was fine.  And it felt wonderful to arrive in an air conditioned bedroom, take a nap, and then head out to explore without even giving my stomach a second thought.

We were only in Malaga for one night, so we planned carefully to take advantage of that time.  Sadly I did not take any pictures of our meals (bad Laura! What was I thinking? This is a food blog for goodness’ sake!), but I did at least get photos of the sightseeing. 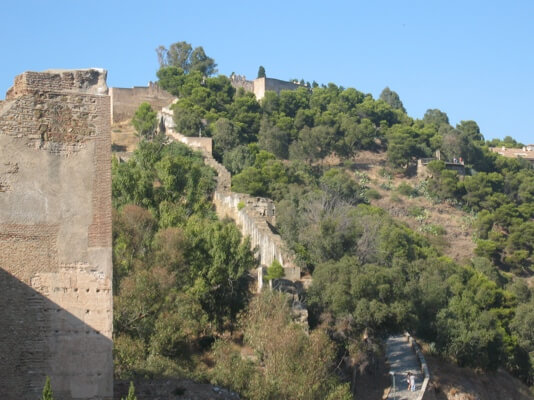 First we went to La Alcazaba, an 11th century Moorish fortress from the time when the Moors (Arabs) ruled Spain.  It is the best preserved fortress of its kind in Spain, and, even more interestingly, to me, it lies on top of the ruins of a Roman amphitheater.  It lies high above the city, with (originally) 3 walls, 100 towers and 3 palaces!  These are ruins now, some are better preserved than others, but it is undoubtedly impressive.  Daddy kind of had to drag me to see it (I wanted to nap) but I was glad I went. 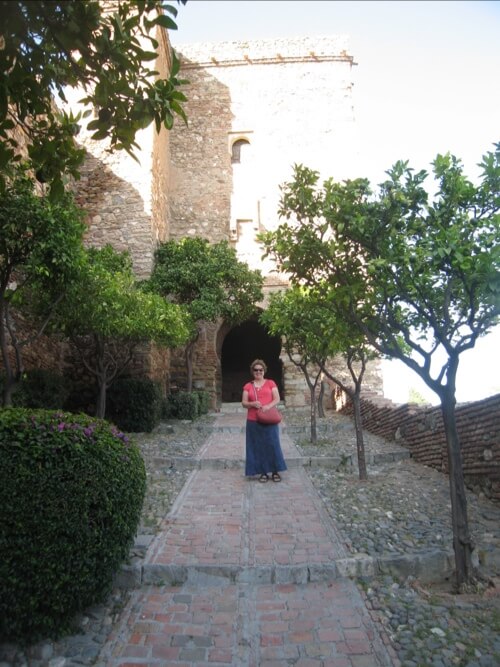 Exploring the fortress included walks both inside and out.  The insides were wonderfully cool, but on the outside it was pretty darn hot!  The fortress also includes beautiful gardens, with many blooming flowers, much of which I did not recognize. 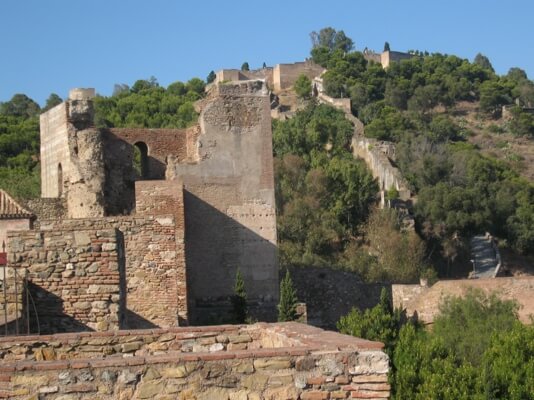 At the end of the day however, what I really liked was the Roman ruins.  It is an amphitheater, with what were either hot baths or plumbing underneath (the city of Malaga has quite cleverly built a glass pyramid allowing you to see under the walkway to the ruins that went out from the theater down low–they looked like big tubs and without any signs explaining them I was guessing either baths or plumbing but keep in mind I have not seen many Roman ruins).  Because of the glass I could not get a good shot of the them, but I did get some nice shots of the theater: 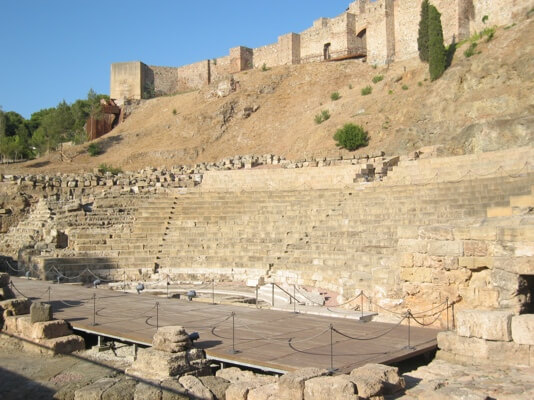 The Moorish fortress is up above the seating in this photo.

That night we went to the beach and had seafood paella on the boardwalk with pickled anchovies as an appetizer.  We bought a pitcher of sangria and generally had a lovely time.  Thanks to my stomach upset, it was the best food I had eaten in about a week.

The next day we went to a tapas restaurant–and I am kicking myself now for not jotting down its name.  Its specialty was clearly pork, and it included everything from the famous and very expensive acorns-only fed pork to a chilled garlic soup with raisins, pine nuts and apples (which I loved but wished it had more apples and pine nuts).  We had some dishes that I would have called crostini, but of course were something else in Spanish and some deep fried rolls of breaded cheese and ham, which were so much less greasy than you would expect and actually reminded more of grilled ham and cheese than a mozzarella stick or anything like that.  Stuffed to the gills, we went out for gelato for the second day in a row.  That time it was unmemorable but the previous evening I had a mojito gelato which was one of the best ice creams I’ve ever tasted.

Happily, my vacation was back on track and I think we saw a tiny slice of Spain before getting on the plane for Vienna.  Love, Mommy and Daddy