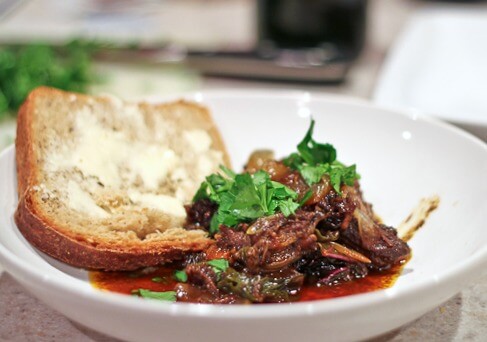 I apologize for having dropped off the planet. I got strep throat and an ear infection for the second time in 2 weeks (both!!), and between that and last minute holiday stuff, the blog just took a backseat for a while. 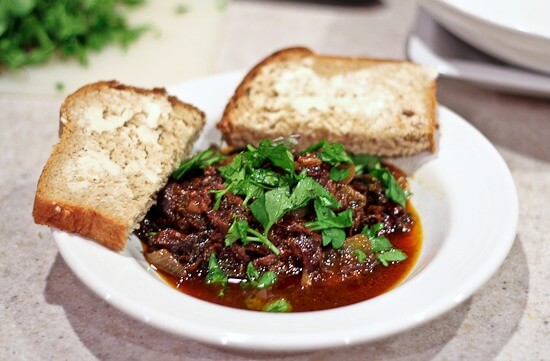 So suffice to say this post will be short and sweet.

Now about this dish. I found the original recipe in Diane Kochilas’s The Country Cooking of Greece

, a big, beautiful coffe table style cookbook exploring Greek cuisine. This particular recipe comes from Kozani, in central Macedonia. It is a stew, and it calls for stew meat in chunks. I confess whenever I see a recipe like that, I prefer to slowly braise an entire chuck roast, complete with bone. So my method differs a bit. The recipe also calls for prunes, and I was out, so I subbed raisins. And rather than remove the carrot and celery, I added them chopped and left them in the stew. I also added extra onions just because we love them with braised beef. We especially enjoyed this dish with homemade bread, provided by my mother. 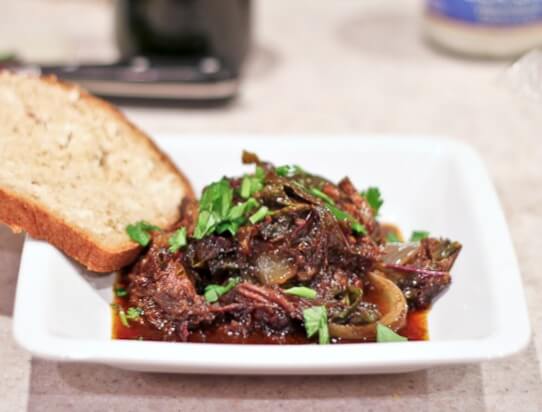 A note about the grape molasses: Kochilas calls it “grape must syrup,” but after some research this revealed itself to be the same thing as grape molasses. This is not the same thing as regular molasses, but rather grape juice that has been boiled down to a syrupy consistency. You should be able to find it any grocery store with a Mediterranean import section. 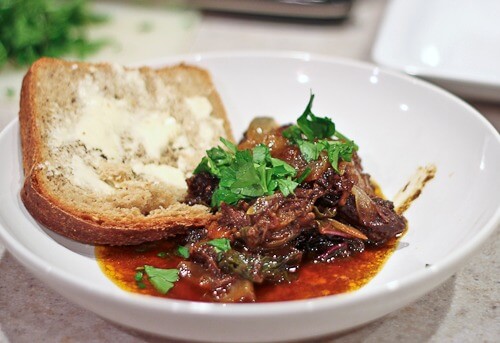 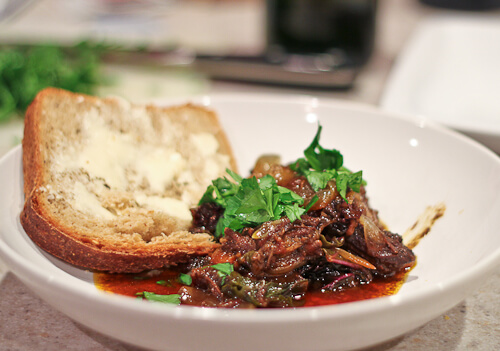