You are here: Home / beef / Curried Beef in Yogurt and Toasted Spices 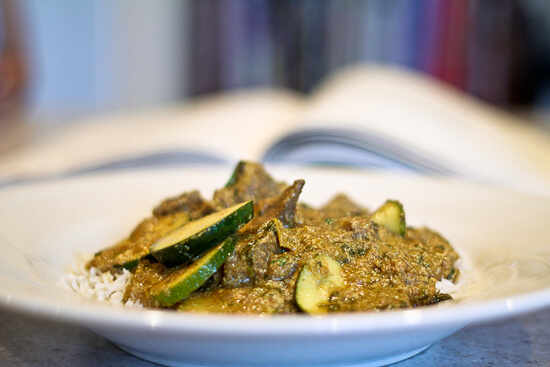 This post has been a loooong time coming.  To start with, I made this curry what feels like eons ago, in August.  And then there is the fact that I spent the last week flat on by back, having been whacked by the virus from hell. So sorry about the extended silence!

Some of you might be wondering how Alex’s school has been going, since she had not done full day school previously.  Well, on the one hand it has been wonderful, just because Alex is the sort of kid who loves school and loves any teacher that takes half an effort with her (and her teacher is fabulous, I should add, I really like her).  So that is all good.  But (did you hear the “but” coming?) she is tired and grouchy when she gets home, just ridiculously moody.  Weirdly, as Alex has gotten more moody and less helpful around the house (who used to be my number 1 helper!), Sammy (who used to resist) has become a better helper.  Maybe Sammy was just waiting for her moment to shine, I don’t know.  I do know that some of Alex’s friends’ mothers have reported the same problem–that their children are moody and tired after school. 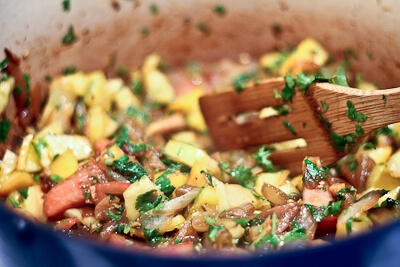 My curry was not the deep red it probably usually would be, as I used pink and yellow heirloom tomatoes.

Anyway, this curry.  I made it for a dinner guest on a whim–it called for sirloin, but all I had was round roast, so I fiddled with the recipe to make sure the meat was not tough.  I also added the zucchini to make it a better one pot meal; you could also add cauliflower.  The recipe is from one of my favorite cookbooks, Chilis to Chutneys: American Home Cooking With The Flavors Of India

, by Neelam Batra, which my sister bought for me way back in 1998 (!).  It has no pictures, but it has a wide variety of recipes, some, like this one, fairly traditional, and some very American (like Indian flavored pizzas).  I’ve never made anything out of it we did not love. This dish was no exception–if you like Indian food or are at all curious about it, I highly recommend this book! 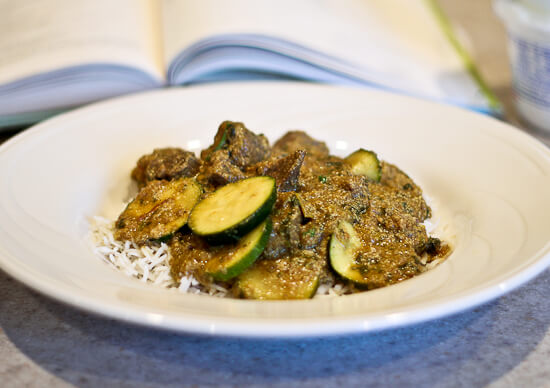 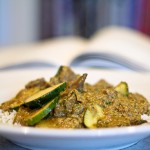 Amazon affiliate links were used in this post, but only to link to items I was already discussing and linking to.