You are here: Home / cakes / Cuban Mango Cake with Coconut and a review of A World Of Cakes 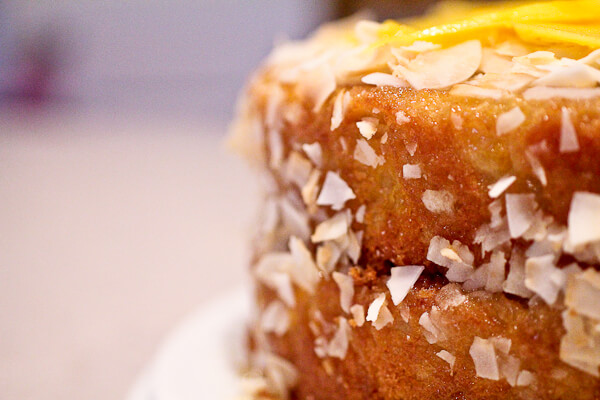 I mentioned a while back that some friends and I had started a supper club in my small town.  We started with Italian and then most recently, with me hosting, we did Caribbean.  I immediately volunteered for dessert because I saw a great opportunity to give Krystina Castella’s A World of Cake

a test spin with a Cuban mango cake.

Castella’s book is absolutely comprehensive in its treatment of cake–countries, cultures and cuisines that you never associated with cake are all represented here, as well as those places you do associate with cake.  Some are familiar, such as Bûche de Noël from French Canada and German Chocolate Cake from the southern United States.  Some are completely exotic, such as Taiwan’s Sou Tao (Longevity Peach Buns).  Most are somewhere in between, a little familiar but maybe not something those of us in the States bake or eat that often.  I am suspecting all are delicious.  Goodness knows this Cuban Mango Cake with Coconut was.

I purchased this book at the beginning of the year and about a month later was contacted by the publisher offering me a copy to review. Ack!  Too late!  But I did promise them a 100% honest review in exchange for a book for one of you, my lucky readers.  (Speaking of which, congrats to Cheryl, the lucky winner of the World Kitchen saffron giveaway!)   (This giveaway is now closed.)

So about the recipe.  I chose the mango cake and then needed to narrow it down further–one of the great things about this book is that after each recipe she lists variations on it.  In the case of mango cake, I was choosing between mango buttercream, coconut, lemon or pineapple.  I quickly rejected mango buttercream because I sometimes find mango too overwhelmingly sweet and I also rejected the pineapple on personal preference.  After realizing that the lemon variation also called for making a true buttercream with eggs I reluctantly-because the lemon sounded oh so good-decided to try the coconut.  I am glad now that I did because as I say I loved it and I am hoping that in the future I could try making this cake with coconut oil and coconut yogurt instead of butter or sour cream (because of my dairy woes for those of you who have not heard).

My icing turned out delicious but runny–and after pondering and overthinking and generally wanting to scream I realized that I had left out 1/4 cup of flour.  Ooops.  But it was delicious anyway and I would gladly do it the same way again.  It was just more of a glaze. I used toasted coconut flakes instead of shreds out of personal preference.  They did not stick as well but were scrumptious so I didn’t care! 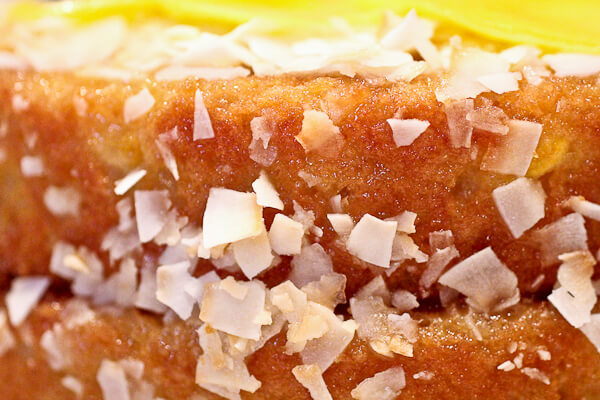 Affiliate links have been used in this post, but only to link to items that would be discussed and linked to in any case.