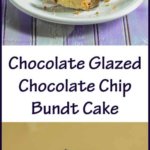 Chocolate Glazed Chocolate Chip Cake is a moist and delicious bundt cake that is easy to whip up and stays fresh longer for using oil in the batter. Affiliate links have been used to link to items I am discussing in this post. [Photos were updated in October 2017 and the updated photos are marked as such.] 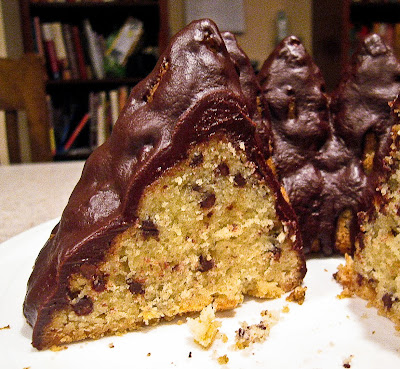 When I was at my parents’ house right after Christmas, for our annual sibling holiday gift exchange, I was craving a chocolate chip cake. Absolutely craving. So simple and homey yet delicious after a season of making more exotic or more Christmasy baked goods. But I felt fairly certain it would be disappointing to a decent number of my family, so instead I tried a fancy mascarpone dessert from The Silver Spoon for our Italian-themed meal. 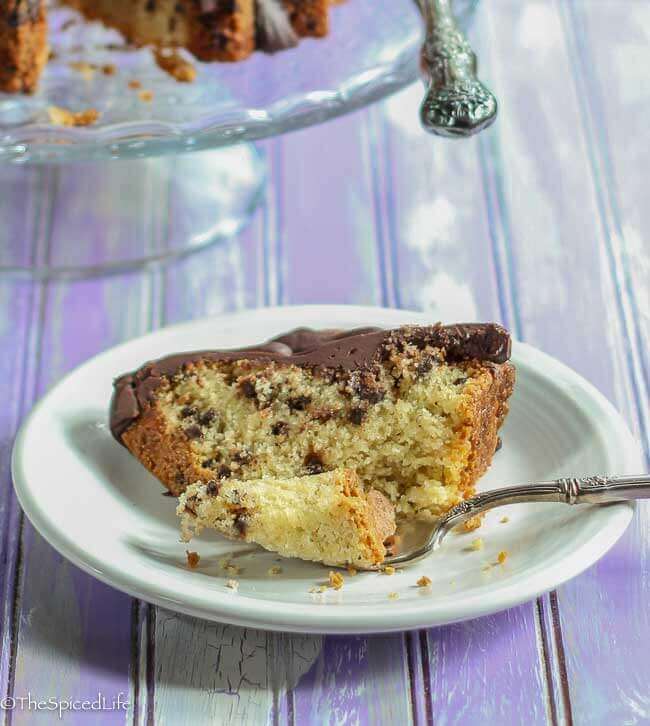 The dessert–whose recipe came with absolutely no pan size suggestion–exploded in the oven despite being at least an inch under the rim. And I mean exploded–2 inches would not have rescued this baby. My mother’s brand new oven was a blackened mess and the only reason fire alarms weren’t screaming the entire time is because my parents have an old home and you can shut the door to the room with the fire alarm. The smoke was astounding–at least 2 windows if not more were opened despite the near freezing temperatures. And at one point we could only barely see each other across the kitchen. After all that, no it did not taste good either.

Alas. That’s what happens sometimes when you go for untried and fancy over simple, homey, tried and true. 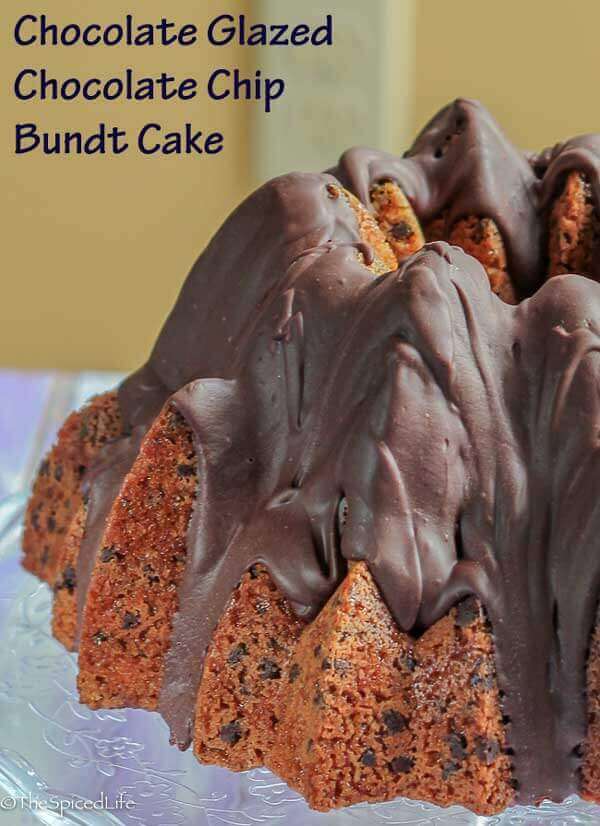 Now this cake did not turn out perfectly in appearance–which I will explain in a moment–but its flavor was spot on. [Note I was perfectly happy in October 2017 with the results.] It was super moist because it used oil instead of butter, and my family devoured every last crumb of it. Which is a little unusual–often when I make a cake just for the 4 of us toward the end interest flags, it gets dried out and stale, etc. But not this cake. Alex especially asked for it every night and I am anticipating disappointment tomorrow night when she realizes it’s truly gone. 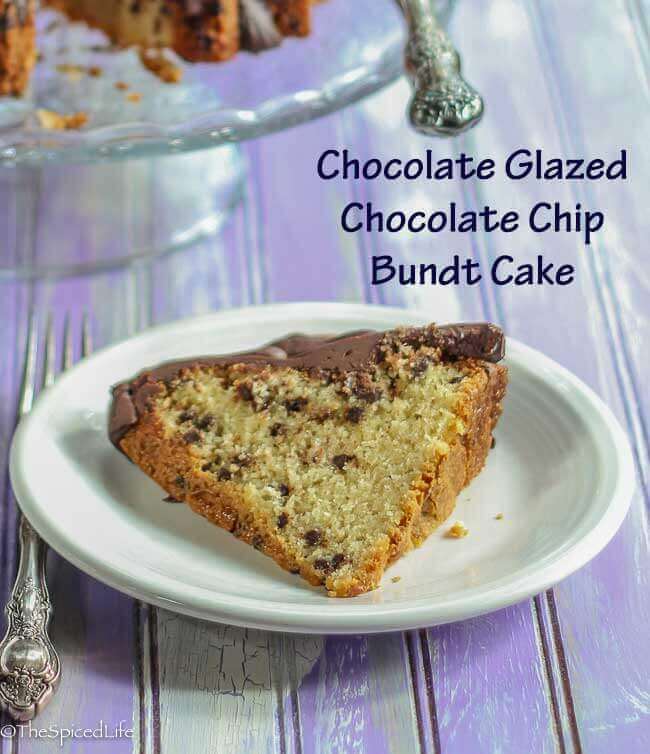 As for the appearance, the recipe, from Elinor Klivans in her The Essential Chocolate Chip Cookbook: Recipes from the Classic Cookie to Mocha Chip Meringue Cake

, called for the glazed cake to be studded with mini chocolate chips. Now I love chocolate, but that is the kind of busywork “landscape cookery” that Nigella Lawson rails against–and I agree. I don’t have enough time on my hands to stud an entire bundt or tube cake with standard chocolate chips–let alone mini ones! But I should have realized that the “glaze” would be much thicker to support the weight of all those chips. Don’t get me wrong, the glaze is delicious, but in appearance it is a little gloppy and thick. I think if I were to make the cake again I might try eliminating the butter from the glaze–so that is how I wrote the recipe, and that is how I made the recipe in October 2017, and it worked just fine. 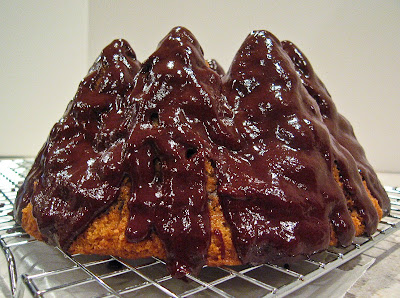 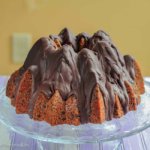