You are here: Home / biscotti / Chocolate Chip Mandelbrot for an Exercise in Mandelbrot Fractal Generation 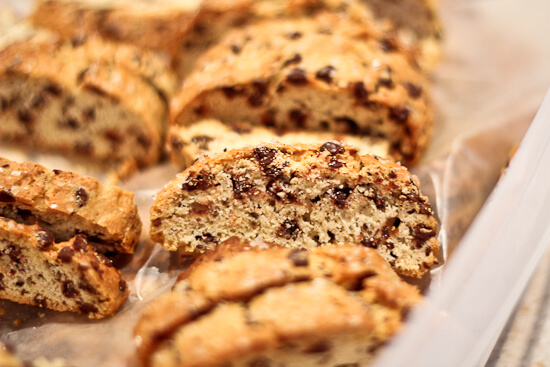 The problem with loving baking is that if you have a sweet tooth, well, it is hard not to partake of your own hard work.  It is a hobby with consequences.  As a result I am always looking for reasons to bake for other people. 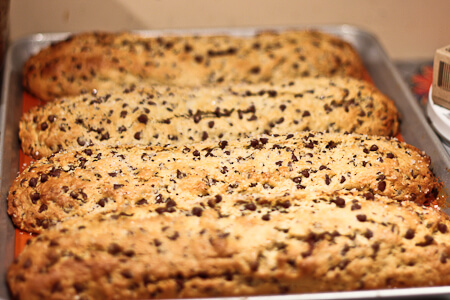 So when my husband got all excited at discovering a fractal (remember he is a math/computer science guy) with the name Mandelbrot, and asked me to bake mandelbrots for his class in conjunction with an assignment he gave them, I jumped at it.  One of his co-workers observed that it was a lot of my time/effort for a relatively small joke (which made me laugh), but John knows I am always happy to have a reason to bake.  And these cookies are not difficult. 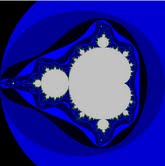 If you are curious, this is what a Mandelbrot fractal looks like.  This particular image was generated by John and used with his permission.  When I asked him what I could say to explain what a Mandelbrot fractal is, this is what he told me: The Mandelbrot fractal, named after the mathematician Benoît Mandelbrot, is based on “imaginary numbers” (remember the square root of -1?). Each point (pixel) of the picture represents a particular imaginary number, and is colored based on whether that number passes certain mathematical tests. Because of this, drawing it is entirely an exercise in (fairly simple) calculations — it doesn’t require any artistic ability what-so-ever. My students were told how to make the shape, and were then able to experiment with different formulas (using cosines and such) to change around the color scheme.

You understand perfectly now, right?  Especially where he says it is an exercise in fairly simple  calculations?  Ha! 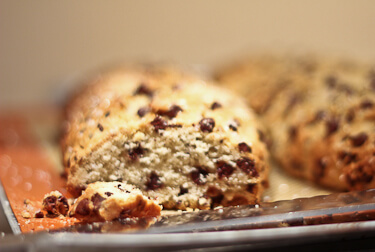 So about the actual cookies.  As many of you probably know, the mandelbrot cookie is an Ashkenazi  Jewish cookie, very similar to the Italian biscotti, although in some traditions the bread is not sliced and baked a second time (I have only encountered this twice, but ironically this recipe was one of those times–and I disregarded it and baked a second time anyway).  I have mostly heard that mandel means almond, but I have heard others say just nut.  Brot is bread.  Much like Italian biscotti, when mandelbrot entered America the flavoring got sweeter and more chocolatey, and nuts became less mandatory.  Unlike biscotti, I think mandelbrot have always been made with some oil (but I am not certain of this).  Butter is not so traditional, although it is used in this recipe. 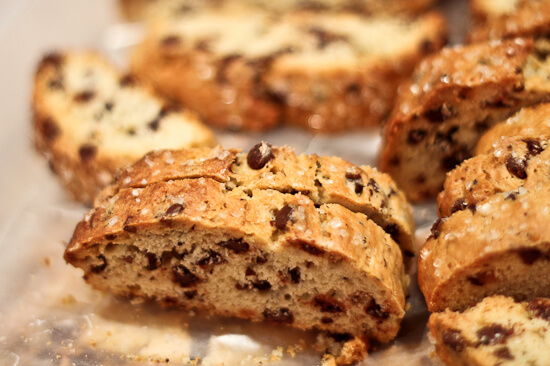 caught my eye, however, because it calls for a fair amount of lemon juice (not zest), lending the cookies a faintly sour note under the sweet.  Kind of like baking with buttermilk.  The tang is subtle–no one asked about it after eating them, but when I told them it was there they could tell something was pleasantly different from what they expected in the cookie.  The only real changes I made were to bake the cookies twice, sprinkle the tops with coarse sugar, and I used mini chocolate chips and cacao nibs instead of regular chocolate chips and chopped nuts. 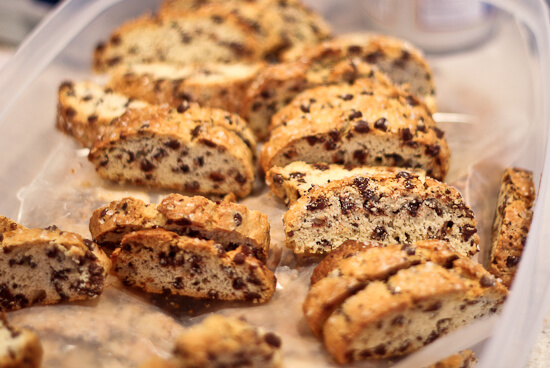 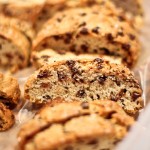 As always, affiliate links were used in this post, but only to link to products I would be linking to and discussing anyway.