You are here: Home / blueberries / Blueberry Custard Pie–And A Discovery 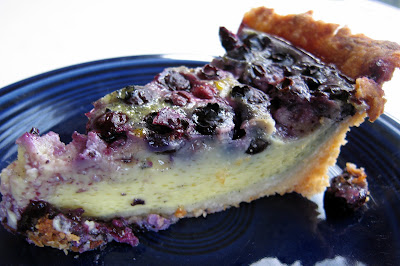 I had such high hopes for this pie. I mean, look at it, it’s so lovely with its layer of jeweled blueberries.

But it turns out I really, really dislike custard pie. 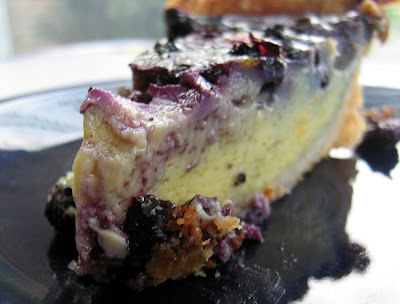 How was I to know? My mom never made them–she and my dad dislike them also. But John and the girls liked it–it is almost gone, so I figure it is probably worth sharing. My mom tried it and said my grandpa would have loved it, which makes me think maybe it is a good recipe–if you like custard pies. 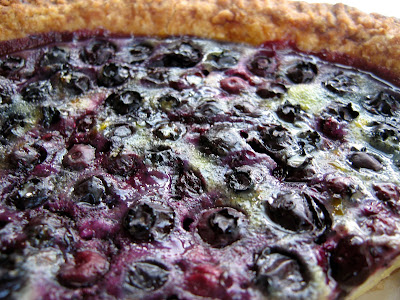 I got the filling from Becke over at Columbus Foodie (whose blog no longer seems to be on the internet), who used it to make a Blackberry Custard Pie. However, I chose not to use a traditional pie crust, but rather a crust that is pressed into the pie pan, taken from my mom’s standby blueberry pie which she got from the winner of a contest that Emeril had.

If you like custard pie and want to try this one, I do recommend increasing the vanilla. We all felt it was overwhelmed by the custard itself and the blueberries. But here is the recipe as I made it. 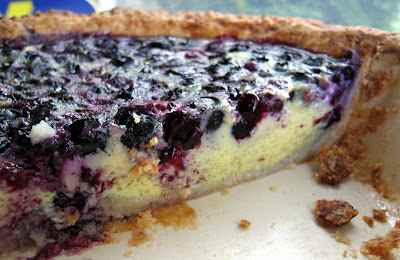 Into a 9-inch pie plate, whisk together the flour, sugar, and the salt. In a glass measuring cup, whisk together 1/2 cup salad oil and 3 tablespoons milk with a fork. Pour that over the flour mixture in pie plate and mix with a fork until all flour is evenly dampened. If it is still too dry to work with your hands, mix a little more oil with a little milk and add to flour mixture. With your hands press the dough evenly against the bottom and up the sides of the pie pan. Crimp the edges of the bottom crust or use a fork dipped in milk to flatten the crust along the rim.

Sprinkle blueberries in bottom of prepared pie crust. Mix beaten eggs, sugar, milk and vanilla together and pour over blueberries. Bake at 400 degrees until custard tests done with a knife coming clean when stuck halfway between the rim and the middle.

« BBD#13: Orange Cranberry Bran Muffins
Are You A Lunch Person? »