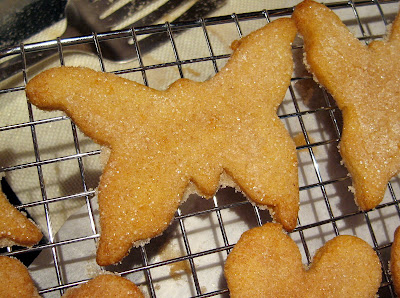 I love saying that word. Mind you, I probably don’t say it correctly, but still, say it with me: beez-ko-chee-tos! OK and now the Spanish speakers can come and tell me what I did wrong. Why oh why when I was a know-it-all 8th grader could not some one have told me that Spanish would be much more useful for my future foodie self than French? 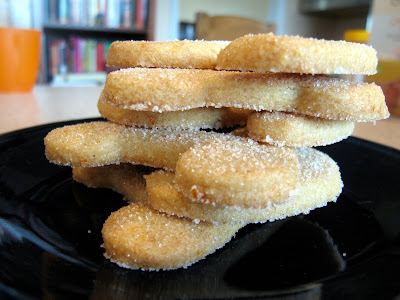 Anyhoo, about these cookies, the official state cookie of New Mexico and a cookie with culinary roots in both Mexico and Spain. (Raise your hand if you knew that states had Official Cookies–not me!) First they are made with lard, preferably freshly rendered and definitely UN-processed. Now before you skip to the next blog on your list to read today, you should know that pork lard has less than half the cholesterol and 1/3 less saturated fat than butter, so I don’t want to hear about health. If you keep kosher or are vegetarian, then I guess you have my permission to use an organic shortening. But seriously, that lard makes them both tender and flaky-crumbly–the same reason you use lard in a pie crust is why you prefer lard here. 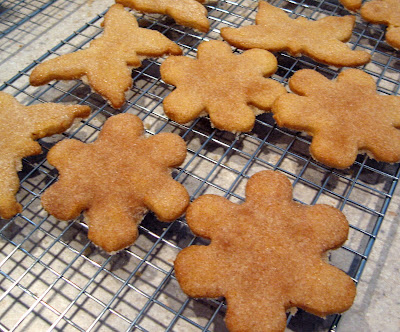 Second point about Bizcochitos: they should have anise seeds and I had none. Shocking I know–how could I not with all those spices in my pantry and drawer both and the hones 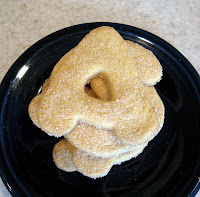 t truth, is well, I have no idea. Blame it on the moves. The first recipe I checked only had anise seeds; the second (Martha Stewart’s) had orange zest, and I decided I could work with that and added a little allspice. I used 2 recipes to create my recipe because I found pretty different ratios of sugar to the flour/lard and decided to aim in the middle (Martha’s recipe had much more sugar). They also had somewhat different processes, with Greg Patent’s calling for a long time in the fridge and Martha’s taking less time but utilizing the freezer. I opted for taking less time.

So what did we think? I loved these cookies, although I think the kids wished it were a little sweeter. If you like shortbread or sables you 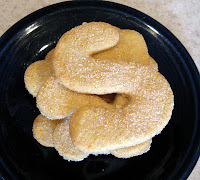 will like these cookies. They are tender, flaky and crumbly all at once and the cinnamon sugar topping is great–it reminds me of the pie crust scraps my mom used to butter and sprinkle with cinnamon sugar for us as kids. Only better because the dough is sweeter than pie crust. This cookie will definitely make its way into my rotation; I would like to try other, less traditional flavors in it.

The As and Ss are for Alex and Sam of course. The flowers and butterflies made their way to a neighbor’s house. 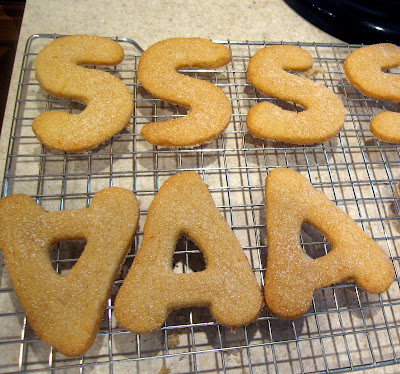 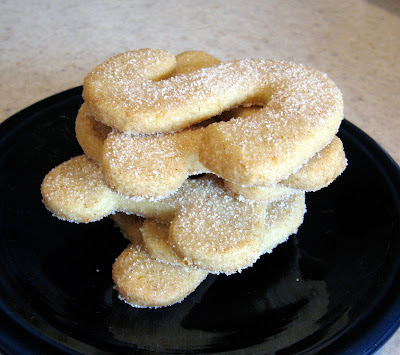