You are here: Home / cauliflower / Bengali Shrimp and Cauliflower with Peas

Bengali Shrimp and Cauliflower with Peas is super fast, easy and delicious–the perfect healthy weeknight dinner. Affiliate links have been used in this post to link to items I am discussing. 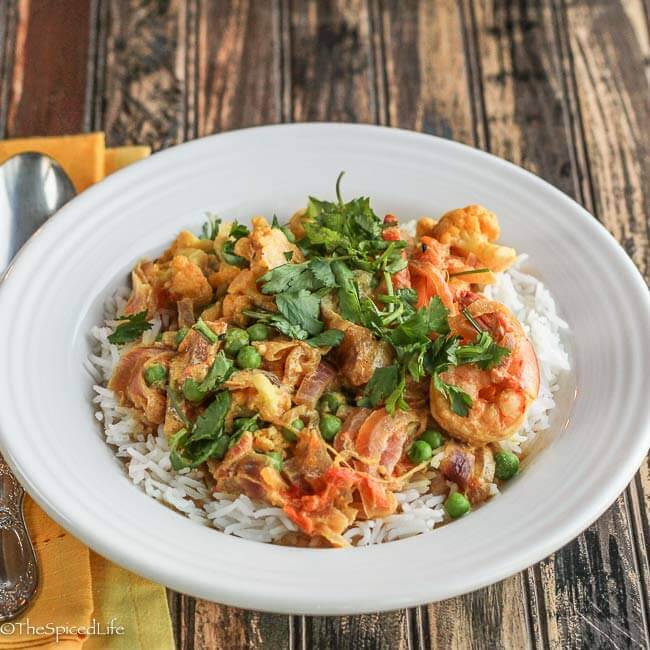 This dish presented a conundrum for me–to update an old post or create a new one? The photos are a definite improvement over the original ones, but not quite suitable for the original post. To make a long story short, I made an old dish but adapted it enough that the dish photographed is not really the dish described, although it is pretty darn similar. And it was fantastic. So was the original. But this one is healthier. So I decided it was worthy of its own post. But you should know that the original post included a review of Rinku Bhattacharya’s The Bengali Five Spice Chronicles

, so technically this dish is adapted from her, not me. 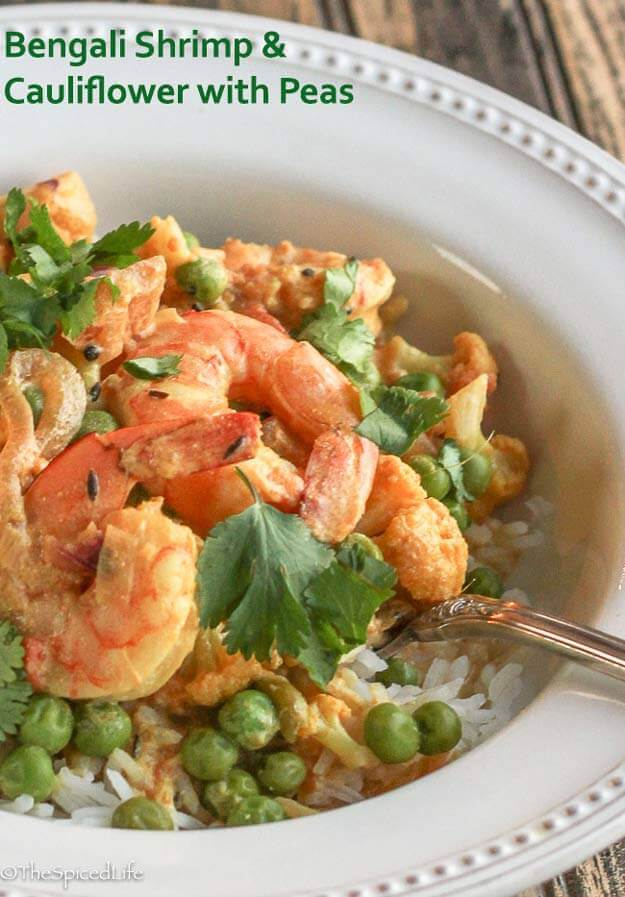 This Bengali Shrimp and Cauliflower with Peas is also an amazing fast weeknight meal. Caramelizing the onions takes the longest, and because you are using naturally sweet red onions you can get away with cooking them a little less. Because I keep onions, frozen tomatoes, frozen shrimp and frozen peas around all of the time the only real issue was the cauliflower, which I buy occasionally for occasions just like this dish. Cauliflower is fantastic in Indian food and better yet it is an awesome potato sub. Forget about cauliflower rice–ya’ll will never sell me on that, but cauliflower can take the place of potatoes in a lot of dishes. 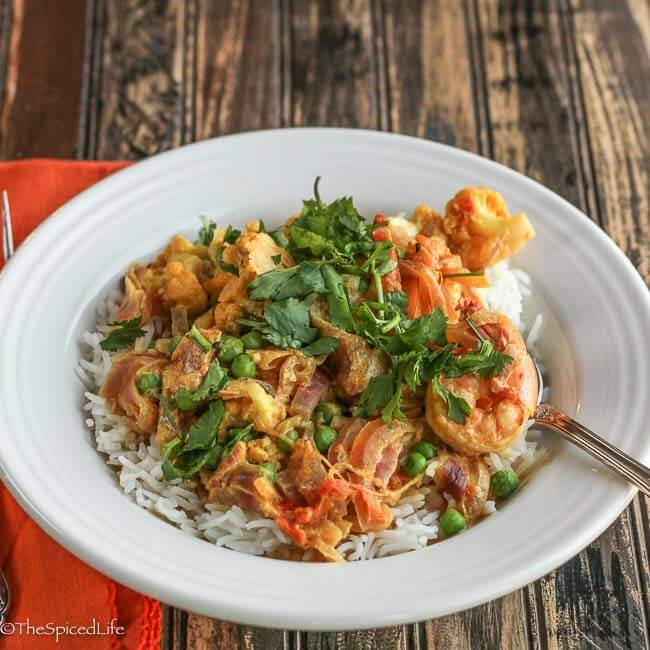 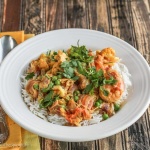 Click here to link to a collage for Pinterest–it slowed the page down too much to have it here. 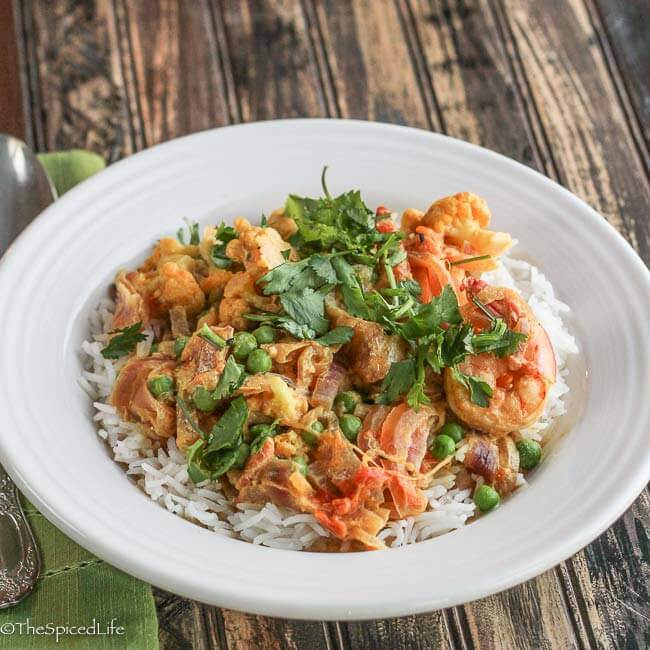