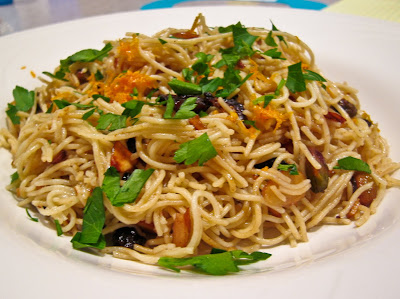 I realize this means very little to you guys, since when you read my posts is when you read my posts, but holy moly I made this dish tonight and here I am writing about it already! We are all healthy and I am, for the first time since before the holidays, completely caught up with my blog. Of course this means I might have nothing to share over spring break in a few weeks, but we’ll cross that bridge when we get there.

This dish was interesting. I predicted my kids would like it and that my husband would not and my husband raved about it while my kids picked at it, especially Alex. So much for what I know. I really liked it also–I don’t know if I would call it a repeater exactly, if for no other reason than we are not big on giant plates of pasta for dinner, but it was tasty and is worth trying just for the unusual factor alone. 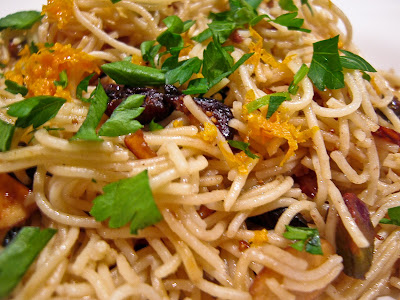 When Around My French Table: More Than 300 Recipes from My Home to Yours

first came out this past fall, I passed it by. Not because I don’t love Dorie Greenspan–I do and have several cookbooks to prove it-but because I was convinced I had no interest in a French cookbook. Well it turns out I was wrong. I have this completely erroneous notion I think of what a French cookbook should be. It should be full of cream and butter, every recipe should have 50 nit-picky steps that only a classically trained chef would bother following, it should not have evolved past what Julia Child already did, it should be xenophobically French as though the French have not been influenced by any other cultures or cuisines the past 50 years. Why I thought this I have no idea. (Although on a side note, my husband just heard me talking to myself and said: “what we had tonight was French!?!?!?!?” so apparently I am not alone.)

So anyway, to make a long story slightly shorter, I browsed the cookbook at a friend’s house and realized how utterly wrong I was. I actually ordered the book that night, at my friend’s house, from my phone. We were playing a game and they had to wait until I did (clearly my friends are tolerant of crazed foodie types). 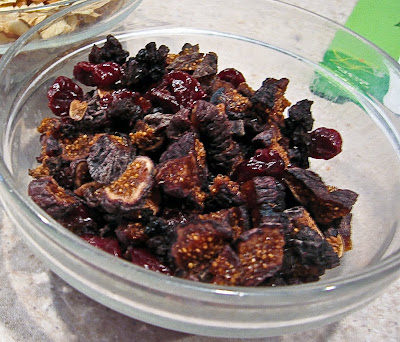 This is the first recipe to jump out at me, not least of which because it is just so unusual. The origins of the dish are equally interesting, involving the word mendiant, which translates to beggar but frequently means a chocolate bonbon with nuts and dried fruit, in which each of the nuts and fruits chosen represents one of the 4 mendicant monastic orders. At a restaurant that Greenspan frequents, the chef turned the sweet savory, resulting in this dish that she then adapted for her book. I did not have any linguini, so I used angel hair. Same with Asiago for Parmesan. I added some dried sour cherries because they sounded good–but honestly it was the figs that made it. Next time I would be tempted to use all figs for the dried fruit. The original nuts to represent the monastic orders were almonds and hazelnuts, and actually next time I think I might try the hazelnuts instead of the pistachios, which I am not a huge fan of (I followed the recipe and used them for my kids who love them–ha! fat lot of good that did!). Salt and pepper are crucial–I used a good (French!) grey sea salt. 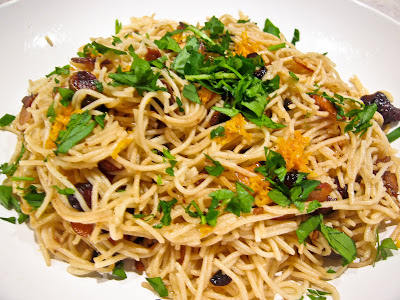 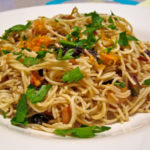 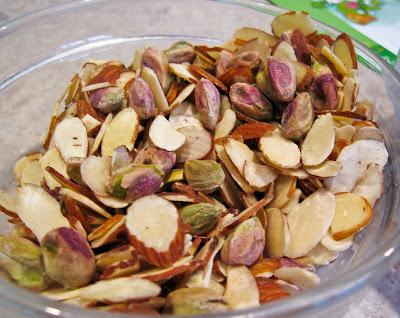 Affiliate links were used in this post, but only to link to items being discussed and linked to already.