You are here: Home / beef / Beef and Mushroom Kheema with Rhubarb; Beaches of Southern Italy pt. 2

This Beef and Mushroom Kheema with Rhubarb uses a seasonal and local ingredient to stand in for tamarind (the rhubarb!) and is so easy and absolutely delicious! 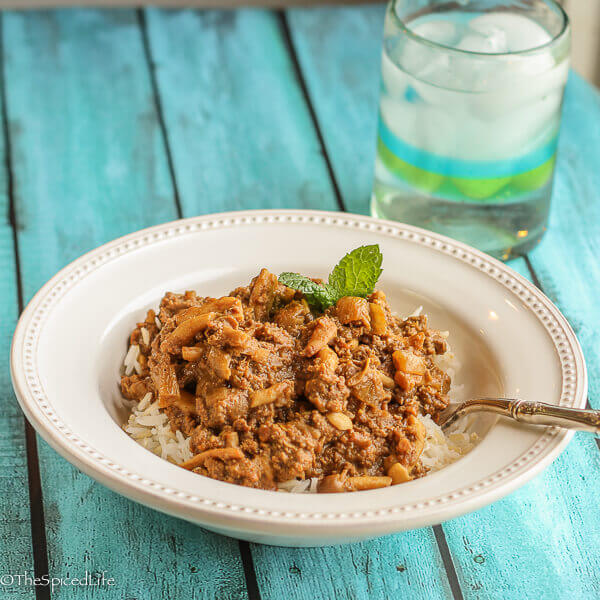 This blog is a lot of things–source of recipes for you, the reader; recipe collection for my daughters when they grow up; musings about anything to do with food; something kind of like a journal–but not as personal, and hopefully entertaining for you, the reader. Why do I bring this up? Because I am home in Ohio and determined to keep writing about Italy. Think of it as me sharing photos or a slideshow after returning home from vacation circa 1985. Only hopefully more entertaining–and you can scroll down quickly if you get bored!

The next beach we headed to was Le Castella, in the province of Crotone, on the Ionian coast. The big draw was twofold, an ancient fortress and a chance to say we dipped our toes in the Ionian Sea. 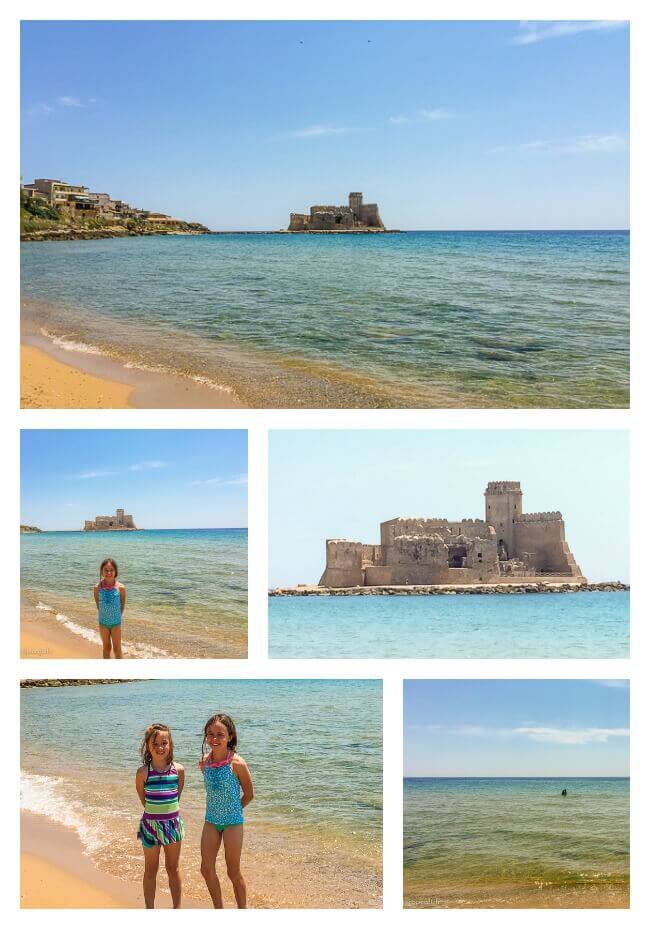 Here the water was also very clear, but with a sandy bottom, so not the piercing crystal clarity of Tropea. Sammy in particular enjoyed stomping on the sandy sea bottom and making the water cloudy–I think just because it bothered me! The beach also sloped gently here, more like what I am used to on the American Atlantic coast, instead of dropping off quickly into deep sea. The girls both adored Le Castella. I adored being at the beach and looking at a fortress seemingly rising from the sea in the background. 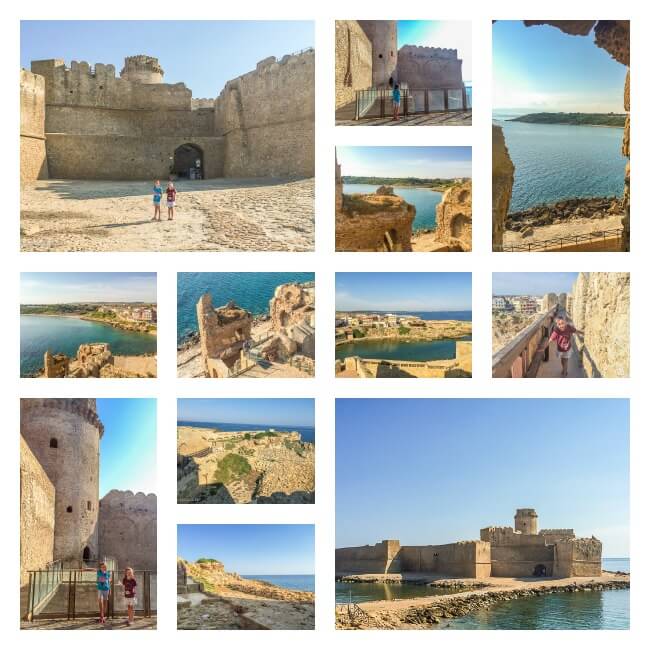 After sunbathing and swimming for the day, my mom and the girls and I got gelato and then visited the fortress itself. The roots of a defensive fortress at that spot go back to 4th century B.C., Magna Graecia, but the structure of the current fortress was built primarily by the Aragonese in the 16th century around the existing foundation. Much like Paestum, the castle was amazing especially because we had it to ourselves. Its primary purpose was defense, and the girls and I imagined shooting arrows out of the tiny windows high up in the tower against attackers by sea! We went to the top–I am looking down at my mom from the top of the tower in the picture 2 from the left and 2 from the top. The stairs to get there–a very tight, crumbly spiral–were nothing short of nerve wracking! All of the pictures in the collage were taken either of the fortress or from the fortress, whether inside or on top.

Sammy told me when we left the fortress that she had never imagined she would get to be in a castle like something out of a Disney movie. To be fair, it was not that much like a Disney movie, being primarily a military stronghold, but the look on her face when she told me that made the 2 hour drive to get there completely worth it! 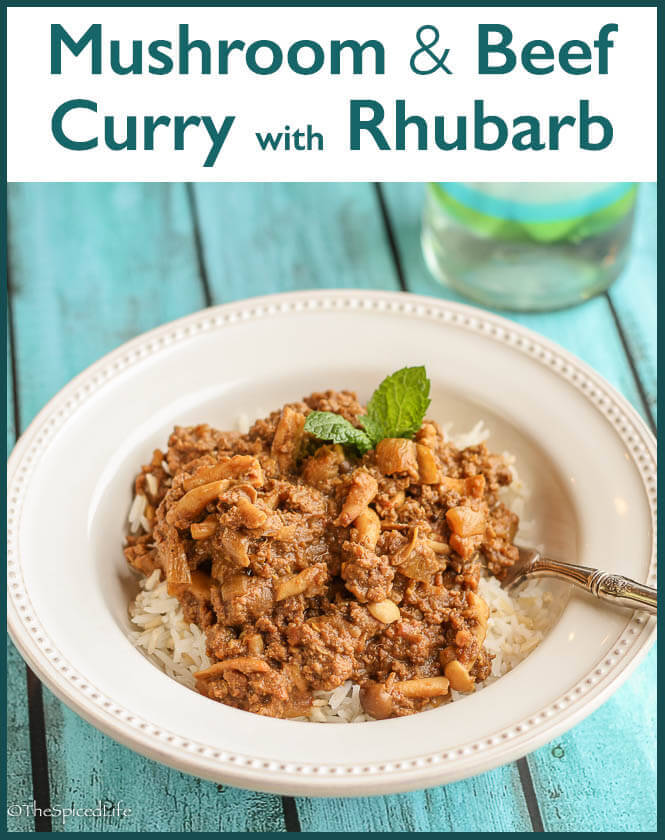 Now about this curry… I made this right before we went to Italy, with the extra rhubarb I had after making that scrumptious Upside Down Rhubarb Cake. I have always pushed for using rhubarb as a locally grown substitute for tamarind, but this was the first time I tried it in a curry. If you are not familiar with tamarind, it is an inedibly sour fruit used in a lot of Latin American and Indian cooking. Kinda like rhubarb! I also had extra mushrooms hanging around–we love the Beech and Bunapi mushrooms, but you can use whatever is easiest for you to get a hold of. Likewise, I did not want to shop for anything at this point–we were leaving for 6 weeks in a matter of days–so I garnished with mint sprigs, but chopped cilantro would work wonderfully. 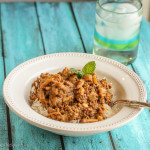