Filipino Chicken and Rice Porridge, Arroz Caldo, is a warming, homey comfort food dish. Similar to Chinese congee, it is all about the garnishes. The publishers sent me a copy of The Adobo Road in exchange for an honest review. Affiliate links have been used in this post to link to items I am discussing. 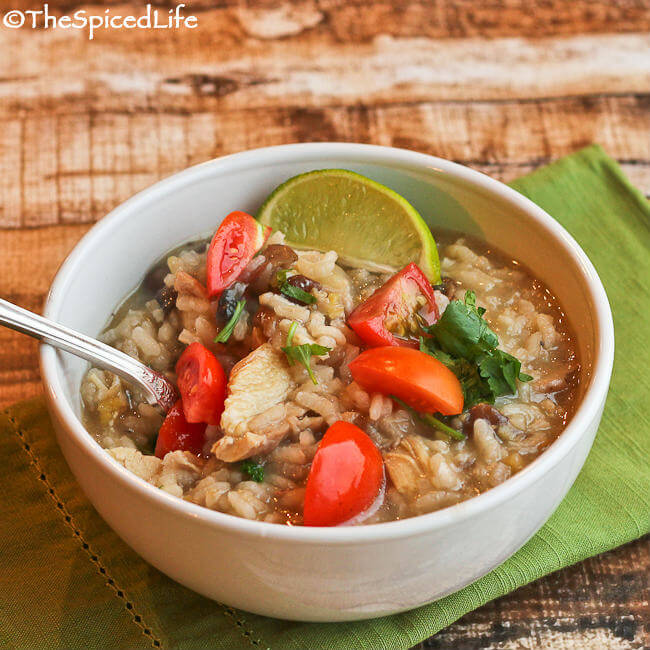 I have always wanted to try congee, but have never found a recipe I liked quite well enough to actually make it. Congee is the Chinese word for a comforting rice porridge, often eaten in the morning or when you are sick, garnished (in contrast to the west) in a savory manner. Congee has different names all throughout Asia, along with different garnishes, but the idea remains the same. In the Philippines, it goes by either Arroz Caldo (Spanish) or Lugaw (Tagalog). I was intrigued by the garnishes, but honestly also a little turned off by the mushy, soupy rice aspect. What changed my mind this time? Probably the S.E. Asian addition of fish sauce and citrus if you want to know the truth. I will follow a combination of fish sauce and lemon or lime (or the Filipino calamansi) juice just about anywhere. 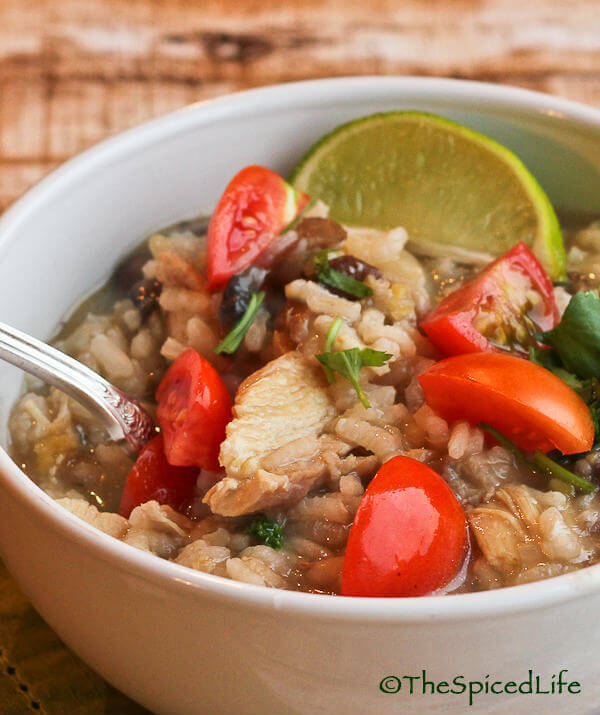 Marvin Gapultos, in his The Adobo Road Cookbook: A Filipino Food Journey-From Food Blog, to Food Truck, and Beyond

, offered up just such a flavor combination in his Arroz Caldo, which is why I decided to try it. I have about half of his cookboook bookmarked, especially the tangy adobo recipes (Slow Roasted Pineapple and Pork Belly Adobo? Bacon and Mushroom Adobo? Be still my beating heart!). We were sick here, so what I really kept longingly returning to is his Beef Short Rib Sour Soup, but alas no short ribs here. In light of all these recipes, it is kind of surprising I veered off and chose to make a dish I was a little uncertain about in the first place. But. Fish sauce and lime juice. It is my weakness, so I figured I better do it before I lost my nerve!

The result? Well, first let me tell you how I changed it (remember we were sick, so I was not up for grocery trips or deep frying chicken skins–see recipe below). I browned the onions. Picture my head hanging in shame–but I have never understood the French and Asian preferences for clear broths with translucent onions. And I browned them first, so that everything cooked in them. Second I increased the garlic (good) and the ginger (bad–this was a big mistake and totally on me. I ended up picking bits of ginger out of mine). For garnishes I used what we had: lime in place of calamansi, cilantro in place of green onions and cherry tomatoes in place of deep fried chicken skins. OK that last one was also a measure of laziness. I also cooked the dish in the garlic rather than frying it as a garnish. Just because it was easier. For Gapultos, this dish is his Christmas Eve tradition, in which case deep fried chicken skin sounds heavenly to me. But as sick food? Way too much work! I suspect he would understand.

The verdict? We really liked it. I will not claim we loved it, but I do think that savory rice porridge is probably an acquired taste for Americans. Especially ones like us who prefer our oatmeal chewy and never eat rice pudding. My kids for example did ask more than once: Was I SURE the rice was supposed to be brothy? The flavor (except the ginger–again, my fault) was great and any dish with garnishes is fun (and customizable to taste–big bonus). I do not recommend trying to have it leftover unless you really don’t mind disintegrated rice. For us this would definitely be a dish that we would make for one night only. 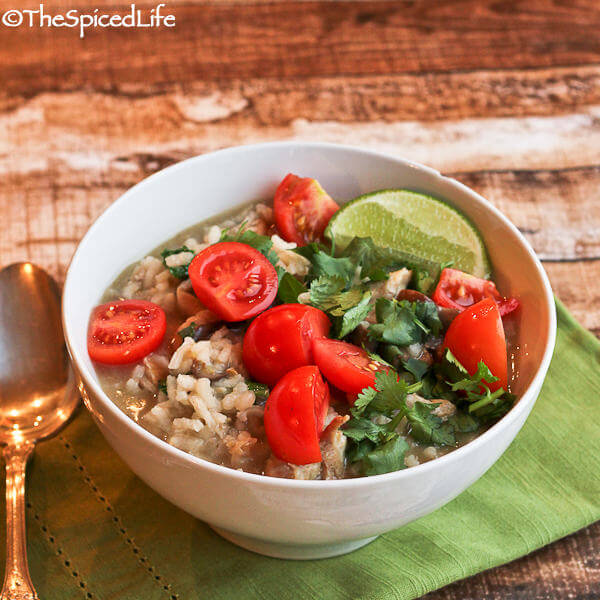 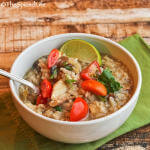