Yogurt and Bourbon Poke Cake is a delicious, old-fashioned snacking cake that is warm with whiskey and raw sugar. Affiliate links have been used on this post to link to items I am discussing. 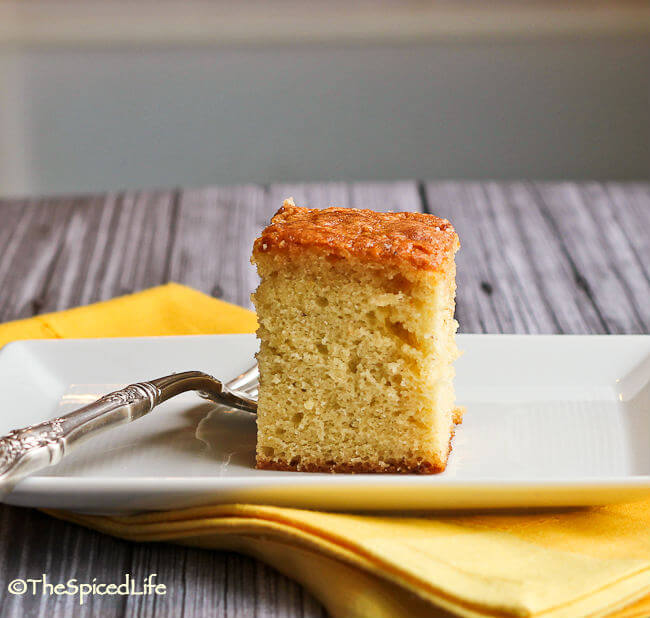 I have started a new series on this site, devoted to finding interesting recipes in old community cookbooks. You know, the kinds that are printed and distributed (but not usually published by a true publishing company) by Junior Leagues, churches, and other organizations. A friend of ours is moving away, and she asked if I would like her cookbooks (apparently she did not find them worth lugging across the country). Well I have never met a cookbook I could not find some worth in (OK that’s a lie, I did not keep the Jello cookbooks). I thought it might be fun if I picked them up, in no particular order, and forced myself to cook (or bake) something from them (probably often adapted) and share it with you guys. 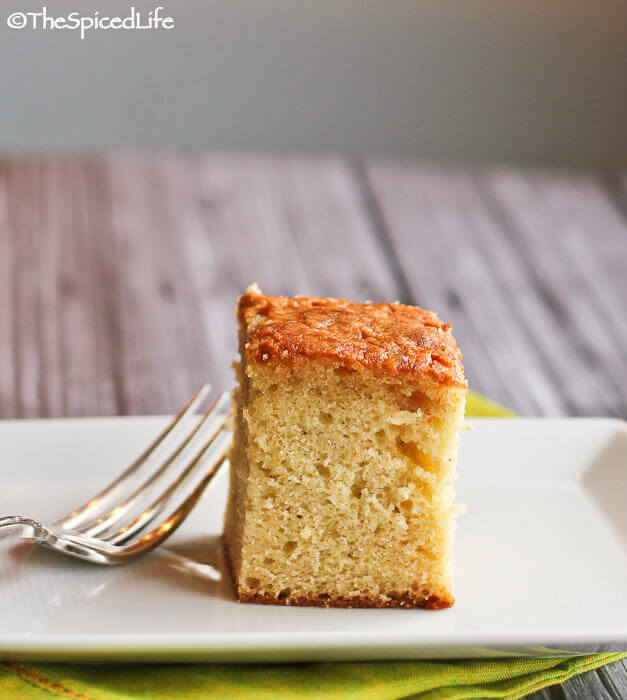 The first book I started with is one you can actually find on Amazon, LA Pinata

, from the Junior League of McAllen, Texas. My copy is from the 3rd printing, in 1980; the first printing was in 1976. It it actually hard back–between that and the fact that it is listed on Amazon I am assuming it is one of the more popular and well known of the small town Junior League cookbooks. It is also interesting–to someone with my tastes anyway–for having an entire Mexican Foods section. Surprisingly however that is not where I found my recipe. I was browsing through the book (skipping all the weird Jello and Cool Whip concoctions, I admit it) when I came across “Yogurt Sweet Cake,” which turned out to be what I would call a poke cake, made with whiskey. Only the cake was made with whiskey, but I upped the Bourbon flavor by adding a tiny amount to the soaking liquid as well. If that bothers you (John, for example, really hates anything tasting of hard alcohol), just leave the whiskey out—and add vanilla extract to the cake.

My other changes were to use Greek yogurt (which was probably unheard of in 1980 in a small town in Texas), to add ground vanilla beans (I did not want the alcohol in vanilla extract competing with the bourbon) and to use raw sugar in the soaking syrup for a deeper flavor, giving it almost a taste of molasses. 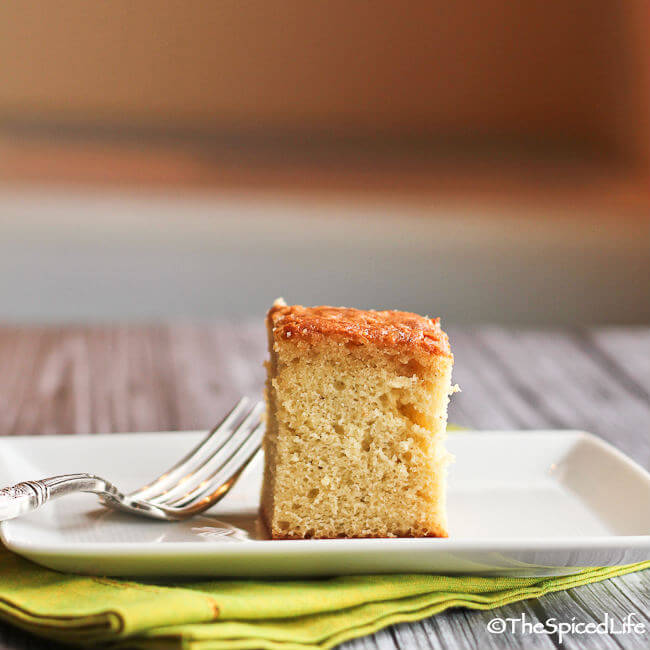 Now you may notice that the cake is tiny. This is because I knew John would not love this recipe, but I really wanted to try it, so I made it for his students. But that meant I cut it as though it were a snacking cake, and to get the requisite 35 or so slices, I had to cut them into pretty small squares. I figured they were not complaining either way, but I do wish I had left some larger slices for photographing! And for the record, I liked the cake, my kids liked the cake, John’s colleague liked the cake, John’s students liked the cake… and no, John did not like the cake. At least he is consistent (and super easy to cook and bake for usually). 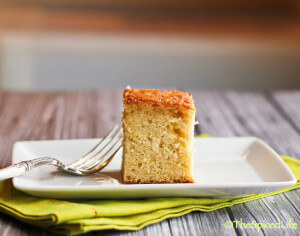 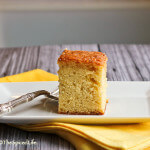