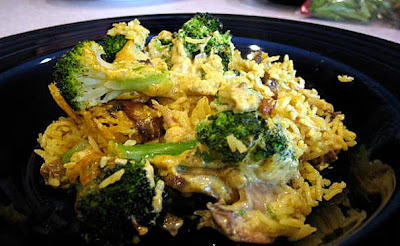 This casserole peppered my childhood. As long as Dad wasn’t home (he worked out of town regularly and to this day hates curry powder), this was an easy dinner for Mom to rely on. It was taught to her by the mother of one of my playdate friends when we were pretty little (Josie and Nick were not even born yet!) and originally had green beans or broccoli. But we’ve had it enough times since that its origins are long lost. 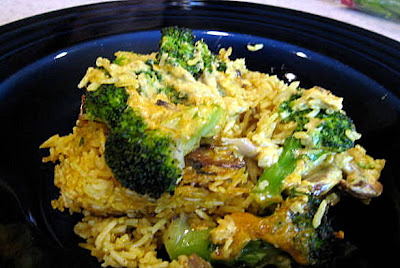 When I was in college, and in my first serious relationship, I called home in a panic, wanting to cook for my boyfriend. I lived in the dorms, but he had an apartment with a kitchen (we were both sophomores, but I was in the residential college). My mom suggested this. Now I know she was taking it VERY easy on me, but it was a great suggestion because it went over like a dream. I ended up making it for my friends as well, and I became kind of known for this dinner. 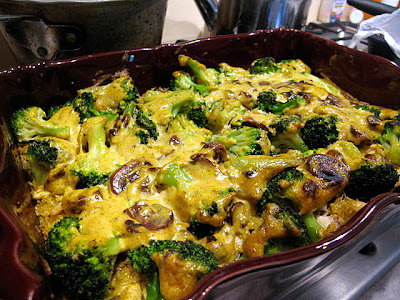 One of those friends became (more strictly) kosher after college and ended up adapting this casserole, I believe by taking the chicken out. She loves it that much. Either way, the point being that while this casserole is absurdly easy and kind of reminds you of 1950s era casserole with its reliance on canned soup, it packs a wollop of flavor. Except my dad, who has the curry powder hang up, I’ve never met anyone who did not like it. Except maybe my brother Chris who may have inherited that dislike of curry powder now that I think about it. But Josie and Nick both love it–as a matter of fact, this is the dish I made for Nick and his wife Alyssa when I was visiting their new baby Lucas just recently. My favorite way to make the casserole–and the way that is listed below because it uses 3 complete cans of soup rather than wasting some–is to make 2 casseroles and freeze one, which is what I did for them. With an 18 mos old and an infant, I figure some frozen casseroles are a good thing. 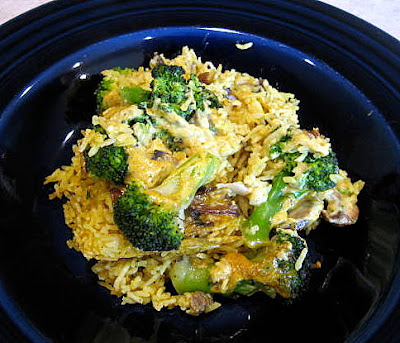 Alyssa is a good person to bring up at this point, because I know she makes her Chicken Divan very differently. As a matter of fact, I know that my family’s version bears little resemblance to the original Chicken Divan (I don’t know if Alyssa’s does either, for that matter). I have no idea why my mom’s friend called hers Chicken Divan, but presumably it was the only kind my mom had ever made because she stuck with the name. The reason Alyssa is a good person to bring up is because I know that she and Nick love both versions–my family’s and what she originally made. So even if you think you know what Chicken Divan is supposed to taste like–and this is not it!–I still recommend giving this a try. For ease of preparation and freeze-ability with great flavor, it cannot be beat. 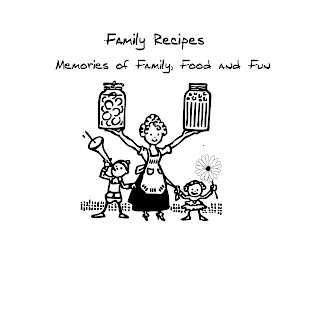 This Chicken Divan is my submission to this month’s Family Recipes, a monthly event being hosted by HoneyB of The Life & Times of Grumpy’s Honeybunch and myself. HoneyB will be doing the round-up for May. Thinking of this recipe as a family recipe led me to pondering just what it meant to be a family recipe. The recipe does not go back further than my childhood and has gone through many changes; the lady we got the recipe from sprinkled the casserole in Parmesan cheese. My mom uses cut up chicken breast chunks and canned mushrooms–and any kind of rice. I use more curry powder than she did, I use shredded chicken, I cook the mushrooms separately, and I always use basmati. Despite the fact that this recipe came from outside the family, and despite the changes (indeed if not because of the changes) we have made, this recipe is a family recipe. It has evolved with our family and brings back memories of childhood for all of us, probably even Chris, who did not like it. 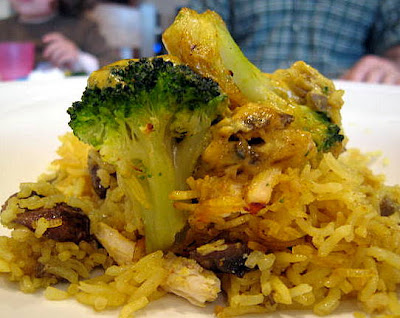 *Note that this preparation makes 2 casseroles, 1 to freeze. Split the ingredients in half to make 1 casserole. Because of the canned soup, I always add salt at the table.

6 cups basmati rice, soaked and cooked via the pasta method (boiling in salted water), drained and left to steam for 20 minutes with a lid on.

3 cans Campbells Healthy Style Cream of Mushroom soup
3 cups Miracle Whip, low fat or even no fat is fine
2-3 T curry powder (start with 2 and taste; we like a lot)

4 small or 2 large packages of sliced mushrooms, crimini or button

Preheat the oven to 375 F. Prepare the rice as directed above and set aside.

Working in batches, cook the mushrooms by sauteing in oil and butter in a nonstick pan. Be generous with the salt as mushrooms need salt both to get the water out of them and bring out their flavor. Work in batches so the mushrooms do not steam. Set aside when done.

Whisk together the soup, Miracle Whip and curry powder. Taste to get the amount of curry powder right. Add the mushrooms and mix well. 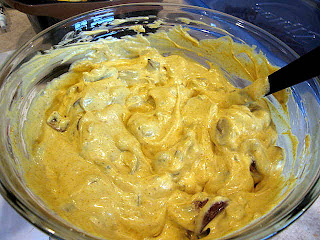 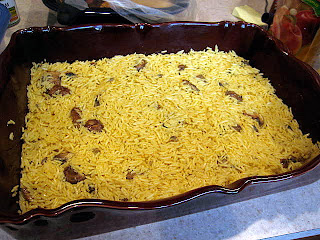 Cover 1 pan in plastic wrap and then foil and place in freezer for later use. Remember to give it plenty of oven time when you do cook it. 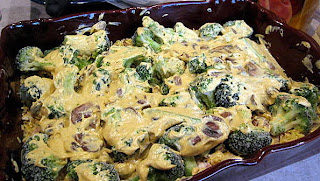 Cover the other pan in foil ONLY and place in the oven. Bake for 30 minutes. Remove the foil and continue baking until the casserole is quite hot throughout the rice (maybe another 15 minutes at the most).

For updated pictures and a completely from scratch version of this casserole, be sure to check out my Curried Chicken Casserole with Broccoli and Mushrooms: 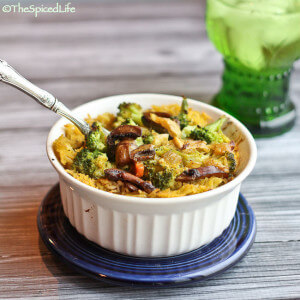