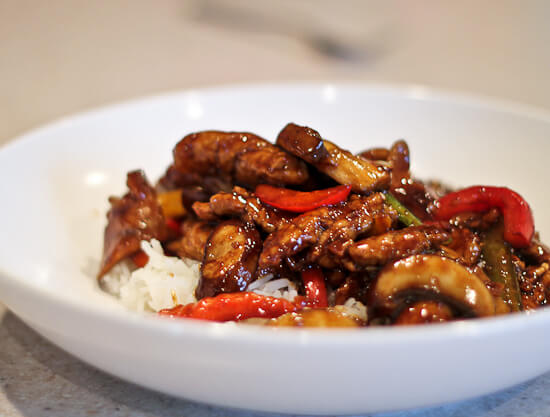 The minute I saw this recipe in Saveur I knew I was making it.  Mushrooms are one of those foods that John and I, while I was pregnant, would spend silly hours dissecting exactly what our strategy would be if–God forbid!–we had a child who did not like mushrooms.  They seem to be a deal breaker for so many people, whereas having someone in the house who would not eat dishes with mushrooms might be a deal breaker for us!  I fed them to my children constantly, pointing out their deliciousness at every opportunity.

Happily for us, it worked like a charm.  Now there are four of us who think that mushrooms are akin to manna from heaven. 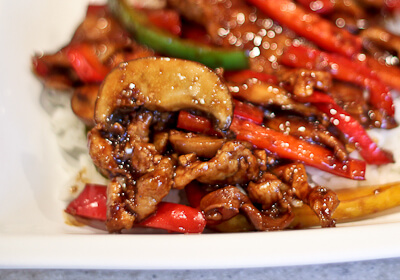 When you hop over to the recipe for this dish, you will notice how pale it is in comparison to my own.  This is for 2 simple reasons: I used Shaoxing wine instead of sherry and I used a superior dark soy sauce instead of light (the recipe did not specify, but as soon as I compared the dishes I knew they must have used light).  I’m not sure what a Chinese person would say to me, but the fact is I much prefer the dark soy sauce.  It has depth and sweetness to balance its saltiness.  I also love the caramelized color it brings to a dish.

This was a big hit with everyone.  I also added crimini mushrooms to go with the shitake–mostly because we all fight over mushrooms.  I think green beans or snow pea pods would also go well in this dish.  I served it over jasmine rice, but any somewhat sticky Asian rice would work. 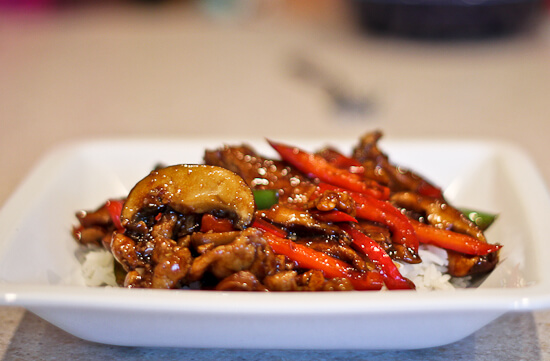