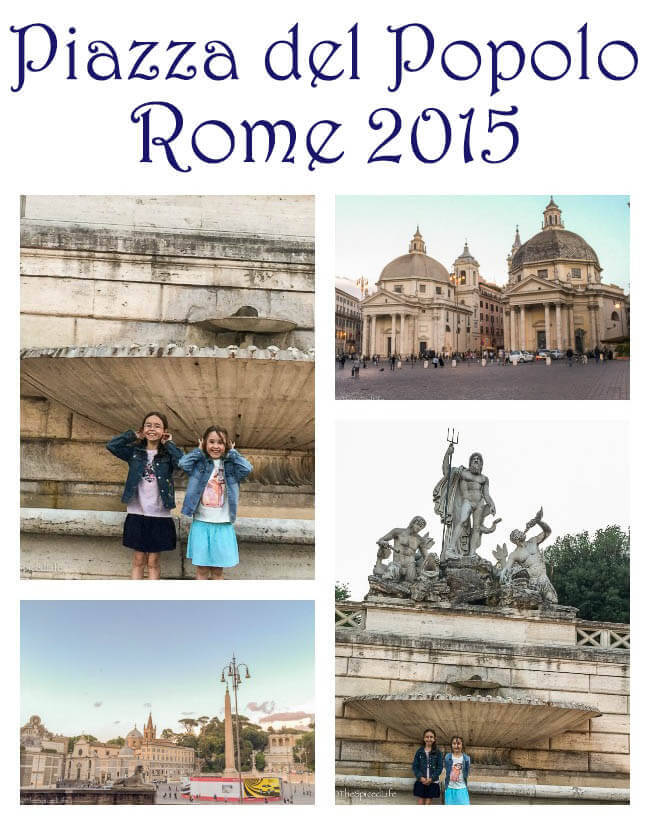 So I have decided the only way to stay sane and also keep a decent record of what we are doing (both for my sake later and my friends’ and family’s sake now) is to have some posts without food. So this is one of those.

After the food tour, we took our hotel’s bus to “the center of Rome.” It dropped us off outside the walls of Vatican City, and we just started aimlessly walking. Most of the area we went through was commercial, with quite a few stores we recognized. This baffled the kids, especially Sammy, who was outraged that there were English language stores in Italy! Trying to explain why American stores have penetrated the rest of the world was difficult. It either sounds like we are taking over or like our stores are superior. Agh. And of course there is also the fact that plenty of the stores she recognized are not necessarily American in the first place.

I took this following not very interesting picture because it is so typical of everywhere you walk in Rome. Rome is built on 7 hills, and those hills make it difficult to get a sense of where you are in the city. However they also mean that everywhere you look, you can see something interesting and beautiful above the buildings where you are. 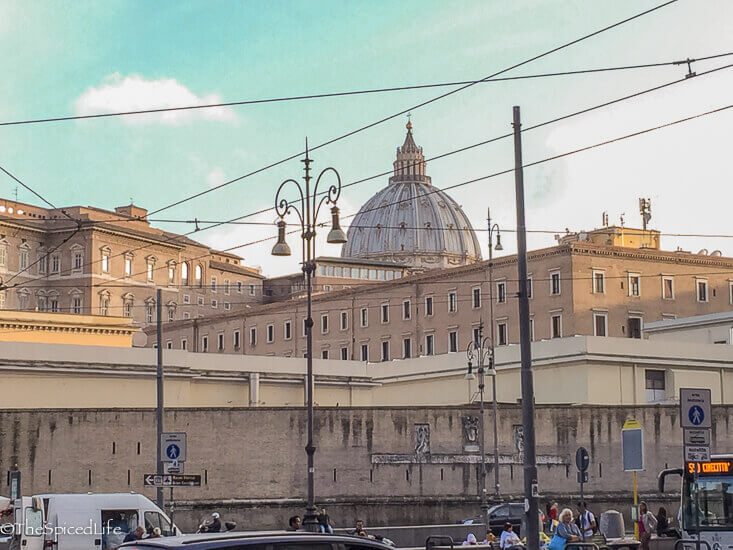 This next shot is also kind of random. But I took it because I could not believe how tall the tree was. This was your basic city tree planted in the sidewalk (obviously not directly into the sidewalk, but a circle of ground without cement in the sidewalk). It was huge. Unfathomably huge. The bottom of the photo starts quite a ways up the tree–and I still could not include the top. And trees like this lined the entire road. I have never seen such a tall, mature tree in a modern city. Even the trees are ancient here! 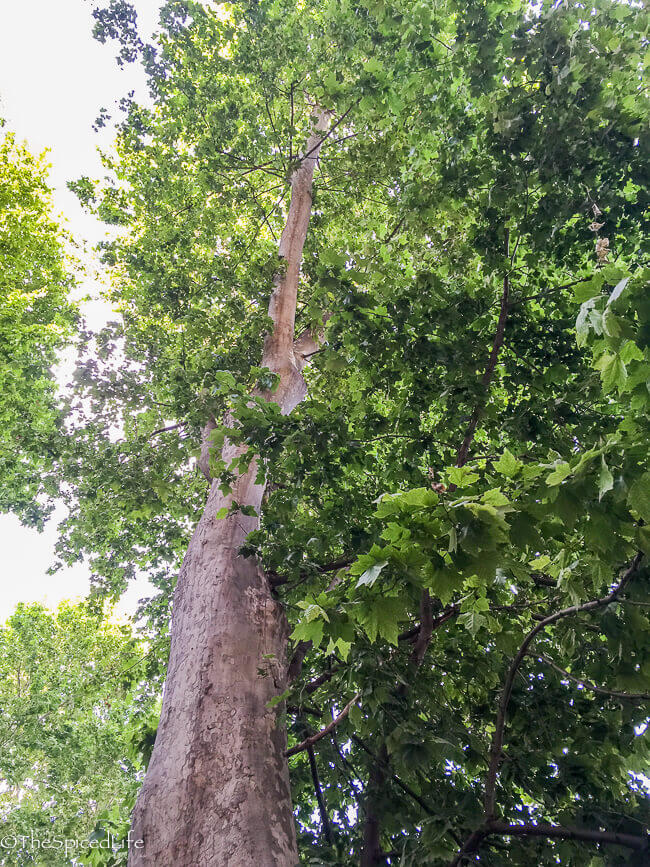 After walking aimlessly for a while, we realized we were heading toward a piazza (city square). As far as I can tell from my short time in Rome, one of the best ways to navigate is from piazza to piazza–and almost all the piazzas have something interesting going on in them. The Piazza del Popolo is a beautiful, roomy, open circular “square” with the oldest and second tallest obelisk in Rome at its center (over 3,000 years old!!!! and somehow they moved it to Rome 2,000 years ago!). Unfortunately it was under construction, but it was still pretty impressive. The piazza also was an execution site for many years, and contains one of the northern gates of the Aurelian walls.

For us the 2 most impressive things to see in the piazza (keeping in mind that it was dinner time and we did not thoroughly explore it) were the fountain of Neptune at one end (the fountain the kids are standing under in the collage above) and the Twin Churches of Santa Maria dei Miracoli and Santa Maria di Montesanto, also pictured above. If I have any regrets about my pre-Rome research, it is that I wish I had researched more thoroughly all of the gorgeous churches to look at. For me the excitement of Rome has always been about its ancient past–the Italian Renaissance and later was not as interesting to me. So I just did not think about churches. So what churches we did get to see were more happy accidents. We did not go inside the Twin Churches, but just admiring them from the outside was worth our time. 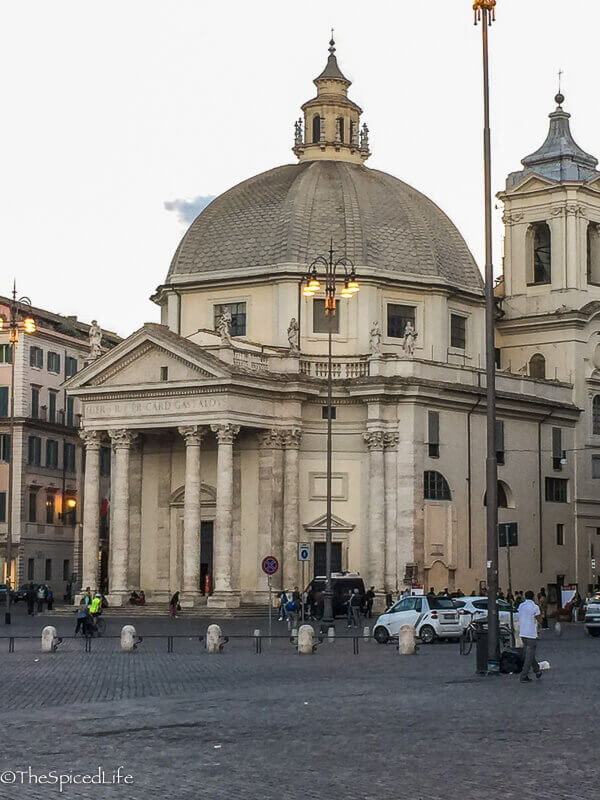