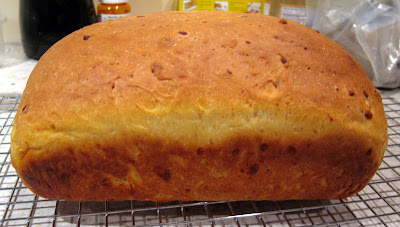 Bread Baking Day I have missed you!

The theme this month is cheese and bread–and strangely enough I have had a devil of a time with it.  My first effort was terrible–so terrible I actually threw it away.  Maybe it was just me, I don’t know.  Maybe I am not meant to appreciate Parmesan in large quantities in bread. 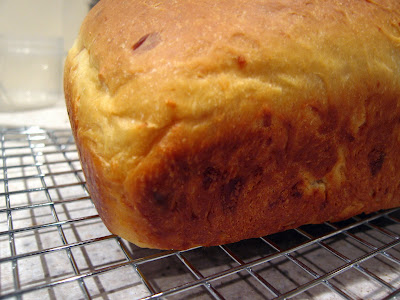 The second bread, this Tapatio Cheddar Bread, was good.  The promised zing was not really there–I would use more Tapatio next time–but it was my idea of a good cheddar loaf.
But the fact of the matter is that none of them holds a candle to this Buttermilk Cheddar Bread, which I have I already shared with you.  In both ease of preparation and flavor, that remains my favorite cheese bread.

But in the interest of participating in Bread Baking Day and in the interest of sharing a different cheddar bread to try if you like to try lots of different versions of things, here is this one.  Be sure to head over to our host this month, High On The Hog, and check out the round up for Bread With Cheese. 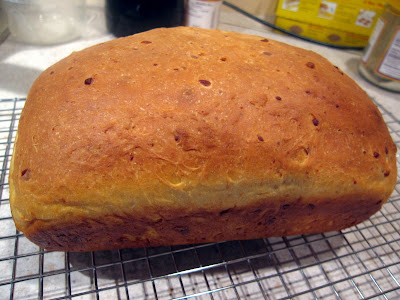 Tapatio Cheddar Bread
Adapted from Bernard Clayton’s New Complete Book Of Breads, Soups & Stews
3-4 cups bread flour
1 scant T (1 package) dry yeast
2 t salt
1 1/4 cups lukewarm milk (I used buttermilk)
1 T unsalted butter
4 oz (1 cup) shredded sharp cheddar
1/4 to 1/2 t Tapatio (or hot sauce of choice)–I would use more next time
Place in a large mixing bowl 2 cups of flour, the yeast, milk, salt and butter and beat until well combined, about 2 minutes with an electric mixer.  Blend in the cheese.  Mix in the hot sauce.
Add the additional flour, 1/4 cup at a time, until the mixture forms a shaggy mass.  Switch to the dough hook and continue adding flour until the shaggy mass is more of a ball that clears the sides of the bowl.
Knead the dough for 8-10 minutes on speed 2, taking breaks to rest the mixer.
Place the dough in a large greased bowl and cover.  Let rise until doubled, about 1 hour.  Degas the dough and shape into a loaf (or shape of choice).  Place into a greased 9 X 5 loaf pan and cover loosely.  Let rise until doubled, about 50 minutes.
20 minutes before you are ready to bake, preheat the oven to 400 F.  Place the loaf into the oven–after 10 minutes reduce the heat to 350 F.  Bake for an additional 25-30 minutes until golden brown and the internal temperature reads 200 F.  Cool at least 30 minutes before slicing. 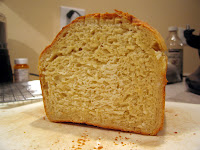