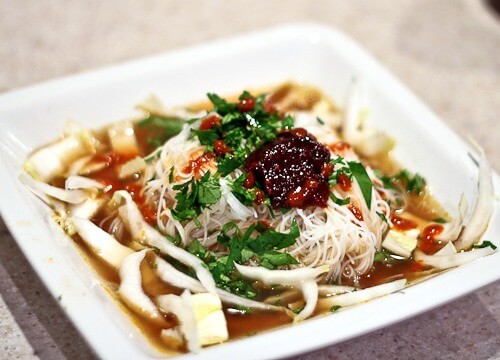 Guys, the doctors think I have a C. Difficile infection. That is all I am going to say, because, well, this is a food blog after all. And you don’t wanna hear about it any more than I want to think about it (although if you are wondering why, it is probably from being on so many antibiotics in December). The point being, after dealing with this for a week, I have gotten kinda desperate for food I can actually enjoy eating. As opposed to mechanically chewing another slice of white bread. 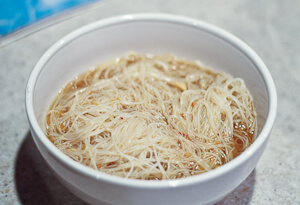 Here is the thing. I hate chicken noodle soup.  The sad fact is your simple and elegant is my bland and watery. I am just not a huge fan of broth. So I can get a little desperate when battling an upset stomach, especially one that lasts for longer than a few days (as this one has). So, first I made that Chicken Noodle Soup with Ginger, Mushrooms and 5 Spice, only I left out the 5 spice and I personally did not eat the cabbage, herbs, mushrooms or chicken. But the broth was delicious with the rice noodles. 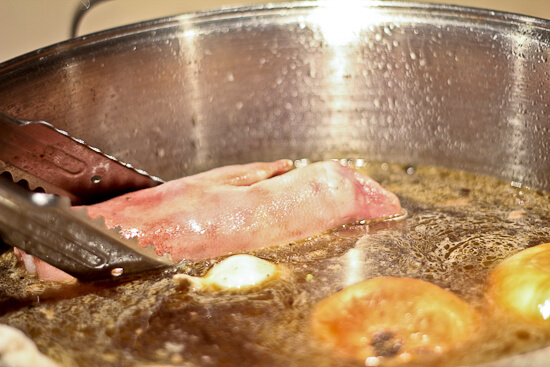 After that ran out, I decided to raid our meat freezer for parts to make a homemade beef broth. Into the pot went a round steak I despaired of ever using, 4 oxtails and 2 pig’s feet (the pig’s feet are a superb addition to any stock as they will give it that silky, rich gelatin), along with onions, garlic, peppercorns and knobs of ginger. I let this cook, at the barest simmer, for 48 hours (yes you read that right). I have never understood why so many people try to make stock in just a few hours or less. I want my stock to taste like more than water, and I also want to leech every drop of goodness out of the meat and bones I am cooking (I actually used stock as a way to teach Alex the verb leech!).

While the stock was cooking, I spent the next day using this great new site I have been meaning to tell you about, Eat Your Books, to find a recipe to make with my beef stock. Eat Your Books is a fabulous resource for people with more than just a few cookbooks–which of course means it is a godsend for crazy collectors like me. You tell the site what books you have–chances are (at least for my American, Canadian and British readers) the vast majority will have been indexed. You can request or even volunteer to index the ones that are not. Then, when you want to find, for example, a soup using beef stock and rice noodles, you can plug the search terms into your recipe collection and it will find the appropriate recipes for you (the site does not store the actual recipes; the point of the site is that it tells you which of your books have the kind of recipes you are looking for). The site also has most major cooking magazines indexed as well as some popular food blogs (which is why the badge on the right column of this blog lists me as having 742 books; I actually have 589). If you are curious as to which cookbooks or magazines I own, you can click on the badge on the right column, under Popular Posts.

**I have not been compensated in any way for this review. I was given a complimentary 6 month membership as a food blogger but I plan to continue with the site (I think it is $25/year).** 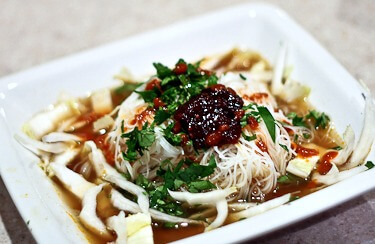 So anyway about this soup. I found it–or its beginnings anyway–through an Eat Your Books search that led me to Sri Owen’s Noodles: The New Way

, a used book I had found a few years back. It always had potential, but I had never used it much, nor would I have thought to look there for a soup this week (not because it doesn’t make sense, but because with 589 books, it is hard to keep track of all of them!). So as far as I am concerned, Eat Your Books has been a successful experiment and a suggestion I am happy to pass along. 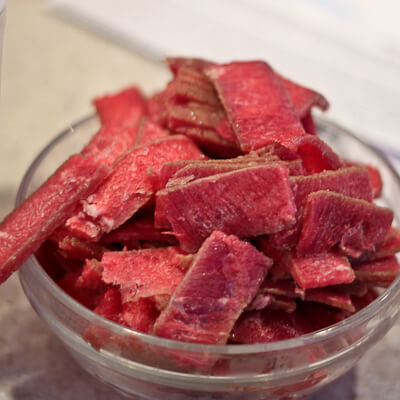 The soup in the cookbook calls for a slow cooked beef, such as chuck or brisket. But I love those and it was going to kill me to not be able to eat them. Plus I wanted something faster and easier. So I took another one of those dreaded round steaks out of the freezer (my mom had a few from when they ordered a whole cow and she had passed them on to me), let it partially thaw, and then thinly sliced it (see above for an idea of how thin). I figured it could cook in boiling stock, much like is done with pho. Sammy was not happy (she hates steak) but John and Alex really liked it, as did I the next day when I decided to risk eating it (I abstained the first night).

The other major change I made from the cookbook was to use lime juice (totally necessary) and nam prik pao (even more necessary) in the soup. These changes took what tasted like plain beef broth (a good homemade one, but still just broth, which, as stated, I am not a big fan of) into something complex and delicious, with sweet, salty, sour and unami notes. 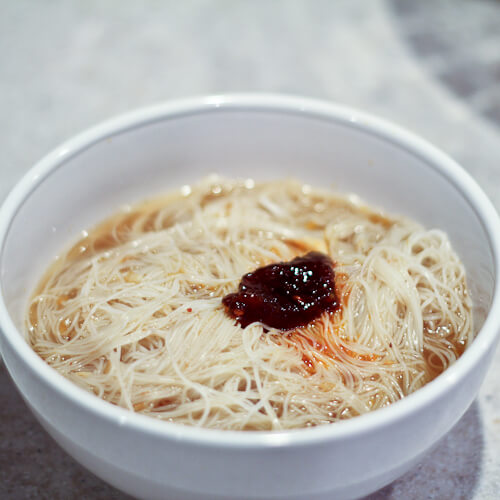 Much like with the chicken and ginger soup, I was relegated to eating the noodles and broth, with the lime juice and the nam prik pao. The other pictures are all of John’s dish, alas. Part of me is getting a tad tired of soup, but part of me cannot wait to make this again, so I can try it with the rest of the garnishes! 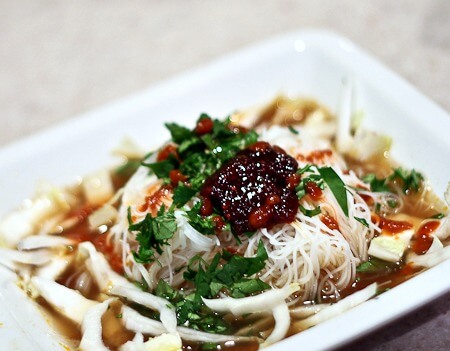 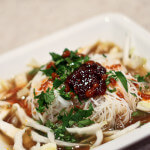