This Spiked Voodoo Mocha with real chocolate and vanilla rum is the perfect warming indulgence for a chilly winter night. Affiliate links are used in this post to link to items I am discussing. 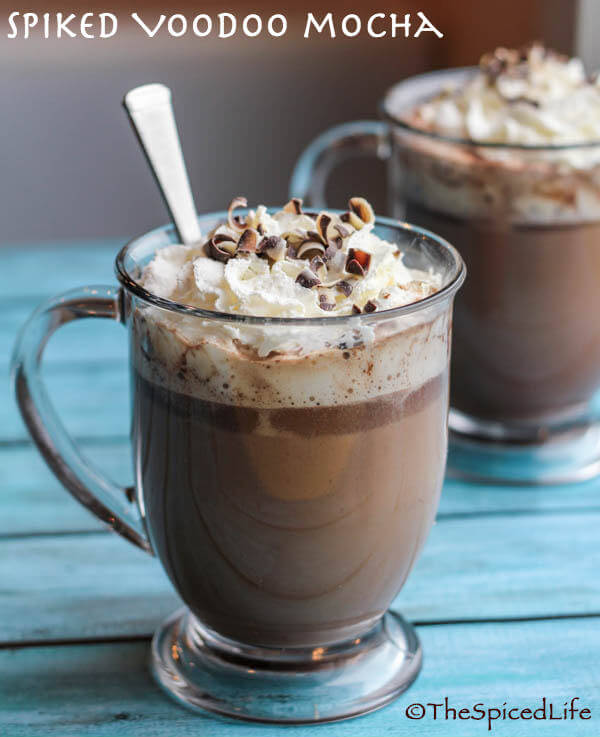 I am seriously actually impressed with myself when I manage to get something posted during the correct season. I seem to run in a constant state of being behind, so getting something to you when you might actually need it is exciting. Kinda like the 8 billion cookie recipes I am sitting on right now that I am determined to share before the holiday baking craze has wound down (please say it hasn’t wound down yet where you are! Ack!). Because at no time is this more difficult than the holidays. You guys want potato sides and dinner rolls, impressive roast beasts, cookies for the cookie tins…. and hopefully you want hot chocolate–I know I do. So pardon my little internal squee at getting you guys the hot chocolate at least.

Yes this is a mocha, but to me it is a nighttime drink, and so I make it with decaf coffee. A good, strong decaf coffee, but decaf nonetheless. So in my book that means this falls under hot chocolate and not cuppa Joe. 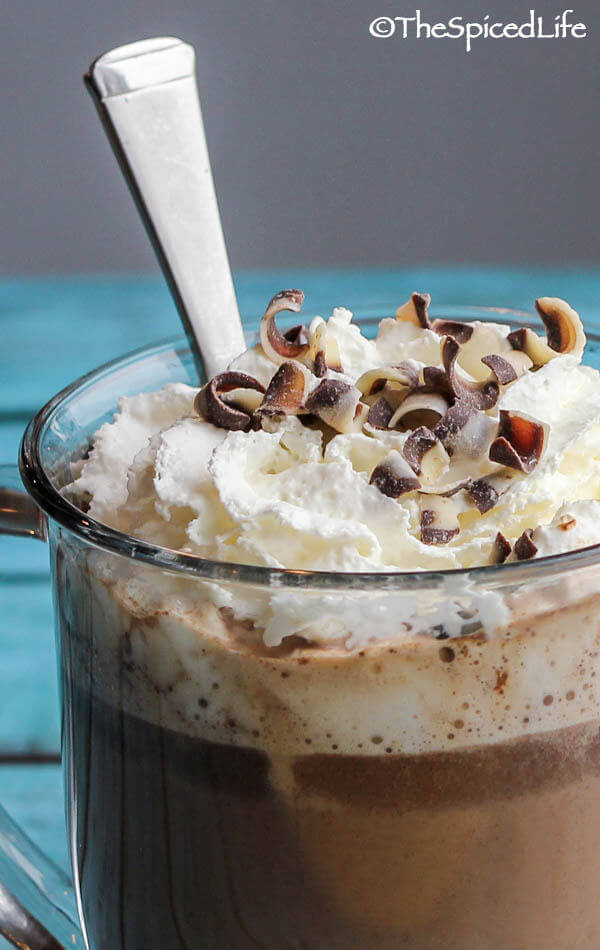 As a matter of fact, I found the basis of the recipe in Michael Turback’s Hot Chocolate

, a tiny gem of a book I picked up about a year ago. Yes as in 12 months. See, the thing is I am a creature of habit. And my habit is peppermint hot chocolate–about a 1:4 ratio of cocoa to dark chocolate. I almost never vary from this, because, as my brother would say, that is just how I roll. But I was determined to get a little more interesting and try something from this book.

At the same time, I was feeling a tad guilty because I had been neglecting the rum we brought home from Tortuga last winter. You know the people who make those Tortuga Original Caribbean Rum Cakes? Well when you are in Tortuga they also sell lots of flavors of rum–thus far I have not been able to find them in the States so if anyone wants to suggest a good vanilla rum I am all ears. But anyway. Turback calls for spiced rum, but I don’t like most spices with chocolate. Which is when I thought of the vanilla rum waiting to be used in our cupboard.

Otherwise I kept this drink pretty close to the original, which Turback got from Mary Sonnier at Restaurant Gabrielle in New Orleans (which as far as I could learn on the internet, no longer exists–please let me know if I am wrong). I did not use a coffee with chicory because I do not care for it, and I did not add additional sugar because I did not think it needed it–this may depend on your coffee and your chocolate. I used Williams Sonoma’s Classic Hot Chocolate, which is my standby for hot chocolate. For coffee I used Green Mountain Coffee Newman’s Special Blend K-cups and brewed only 4 oz per K-cup. I also realized later that the recipe calls for using an immersion blender. On the one hand I am curious about this because the drink did separate a bit. On the other hand, from a taste perspective it was not noticeable and not worth the effort if you do not have one handy.

And to say I fell in love is an understatement. The bottle of vanilla rum is long gone (don’t worry it was pretty small–we aren’t having that much fun here at our house this holiday season!) and peppermint hot chocolate now has some serious competition in Spiked Voodoo Mocha. 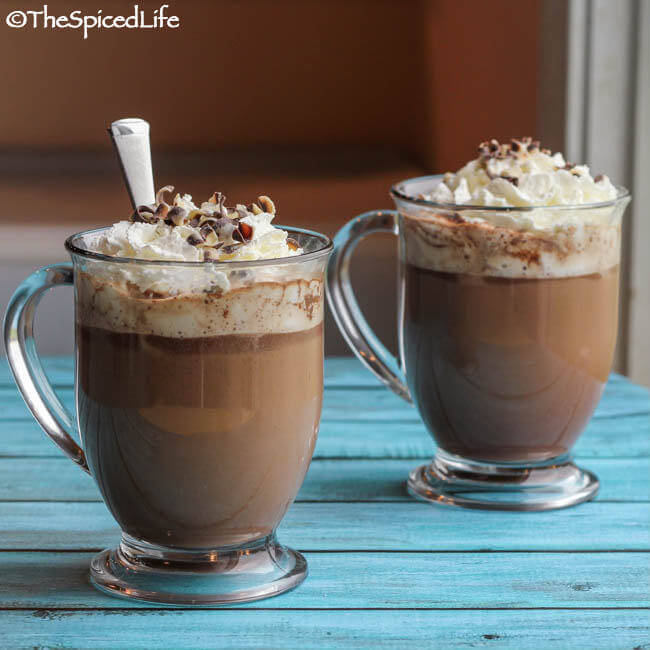 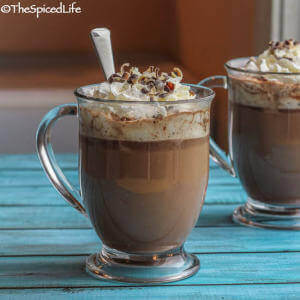