Thai Shrimp And Mushroom Curry Stir Fry is simple, delicious and fast–and different from your standard restaurant fare. A copy of Simple Thai Food: Classic Recipes from the Thai Home Kitchen was sent to me by Blogging For Books for purposes of an honest review. Affiliate links were used in this post, but only to link to items I would be discussing and linking to in any case. 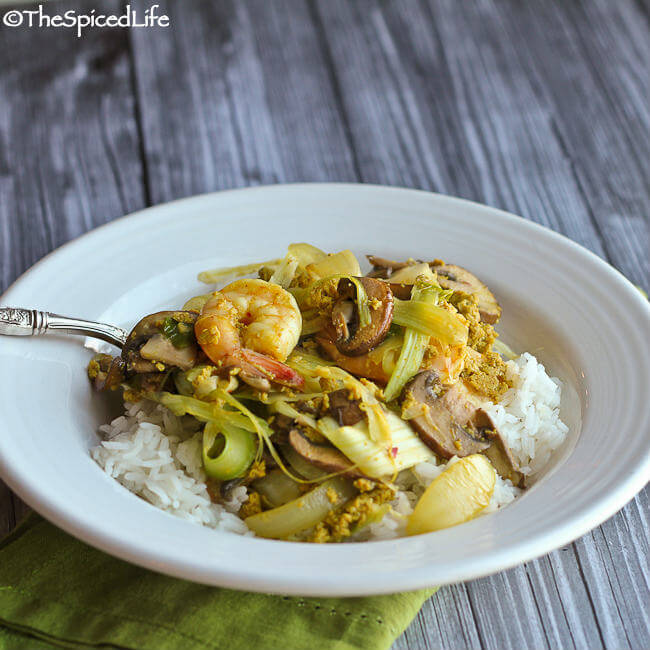 Is there anything better than a new cookbook (or a first cookbook, in this case) from a food writer that you admire tremendously? Guys I was so excited when I heard Leela Punyaratabandhu from She Simmers would be releasing a cookbook. I adore her writing–she is funny with a dry wit, with awesome recipes and discussion of Thai food culture. And language (she has a background in Linguistics). And she is down to earth and relaxed about food–yes she knows the authentic way to do things, but she also won’t come after you with a pitchfork for substitutions.

I hope anyway, since I had to make them in this dish! 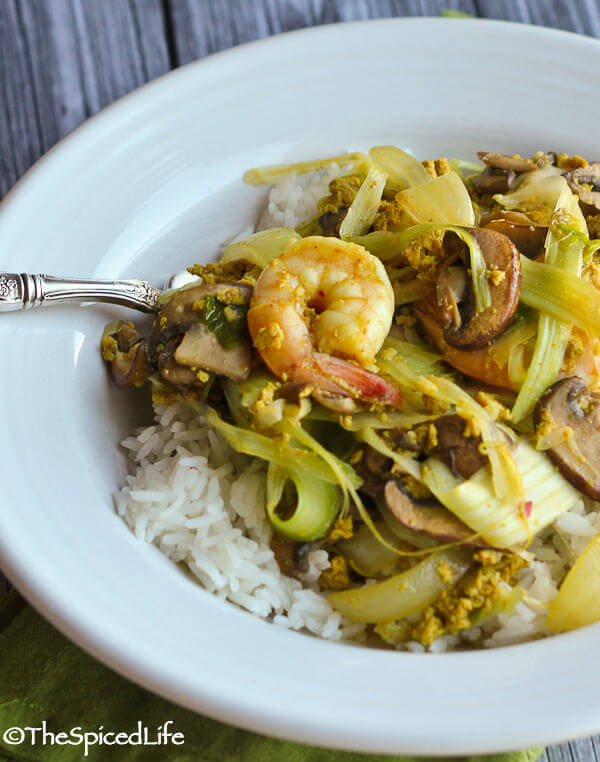 , I knew I was making it. I am decently well acquainted with Thai food, but I had never had a stir fry with eggs whisked with milk, curry powder and nam prik pao (chili jam), and I was instantly intrigued.

However. Celery leaves. Darn celery leaves. The recipe called for celery leaves, preferably Chinese, but, people, I could not find any. I did find Chinese celery at Jungle Jim’s, but it wilted before I could get it used and they only had stalks with a few greens attached. This recipe sat, waiting to be made (because by then I was determined and obsessed) by my bedside for something like 2 months (shame spiral). Shame spiral because I had received the cookbook from Blogging For Books, which meant it needed to be reviewed. So I apologize for the delay, but it just took a while for inspiration to strike. 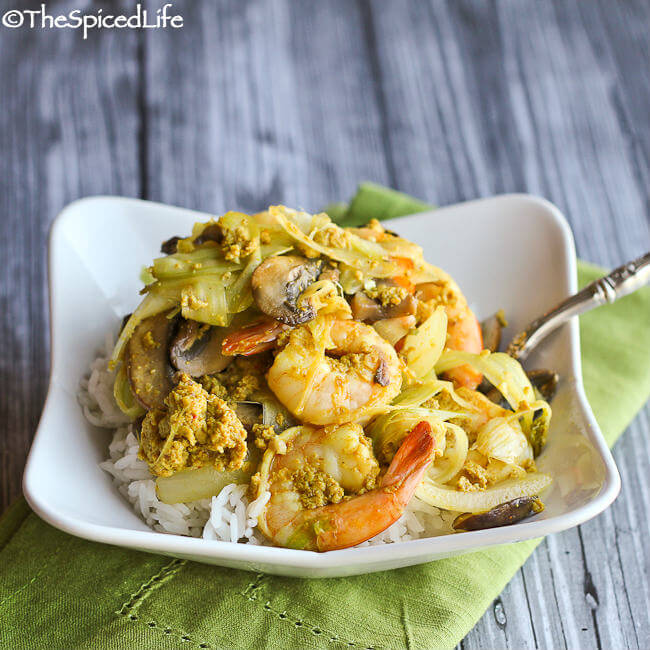 Inspiration did finally strike–and I hope Leela would agree. I did not want to use chopped celery because I felt that would change the texture of the dish too much, and possibly change the flavor as well since the greens were called for at the end of the dish and chopped celery would probably need to cook a bit. But I did some reading and everything indicated that celery greens pretty much just taste like celery. So eventually I had the idea to shred the celery with a peeler. Having never tried the original dish (and especially because I also added mushrooms on a whim), I have no idea if the dish tasted “accurate” but it was delicious and certainly very different from anything else I have ever made, so I was happy. As was my family.

If you are worrying about the cookbook and ingredients, don’t. Truly the celery leaves were an anomaly–and for all I know you could easily find them still attached to the stalks where you live. Most of the Thai ingredients called for fall into that category of being recognizable but you might need to make just a little extra effort–good quality fish sauce, kaffir lime leaves, galangal, lemongrass, things like that. I suspect where Leela lives the celery is sold with leaves still attached!

Note: if you prefer to leave out the mushrooms, reduce the oils to one tablespoon each and proceed with recipe, skipping the mushroom step. 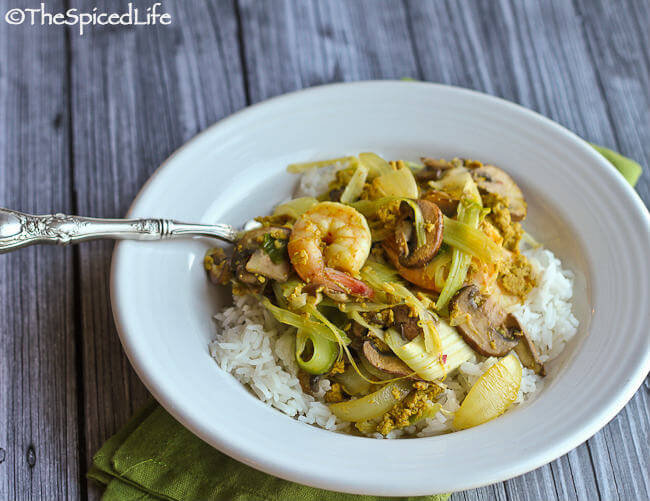 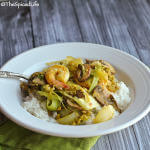