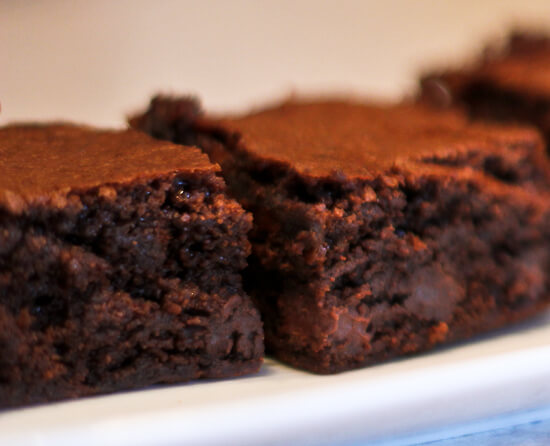 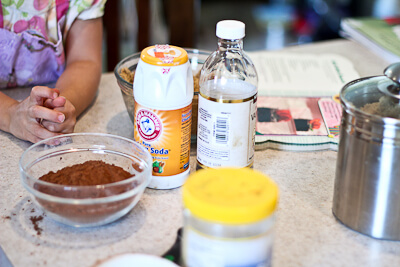 Waiting to begin.  Sammy has gotten really good at getting out and putting away all of the baking items that go in a lower drawer–the vanilla, baking soda, brown sugar, salt, cocoa powder….  I am trying to teach her the importance of mise en place and also of cleaning up when we are done!

For this first recipe, Sammy was dead set on making the brownie recipe in the Sesame Street Yummy Cookies: Baking with Kids

.  I confess I was not super enthused, since I already have a cocoa brownie recipe that I adore, but there was no changing her mind.  So to spice things up, I went hunting through my pantry for chocolate bars that I was not finishing for whatever reason.  I came up with a Lindt Excellence Bar (Dark Chocolate A Touch of Sea Salt)

, a Dolfin Mint Chocolate bar, and a Newman’s Own Chocolate with Roasted Espresso Bar.  We chopped them up and threw them in at the end–the last 2 were crucial, the Hint of Sea Salt was not so important. 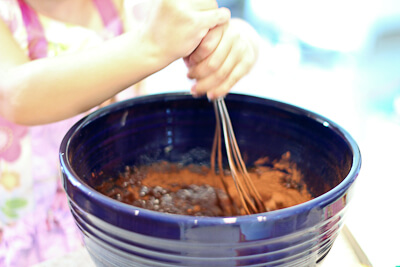 Does anyone else hold their breath when their child stirs?  I am always waiting for it to go over the side.  I spend most of the time muttering “Slowly. Slowly.”  First she whisked the cocoa powder into the melted butter and brown sugar… 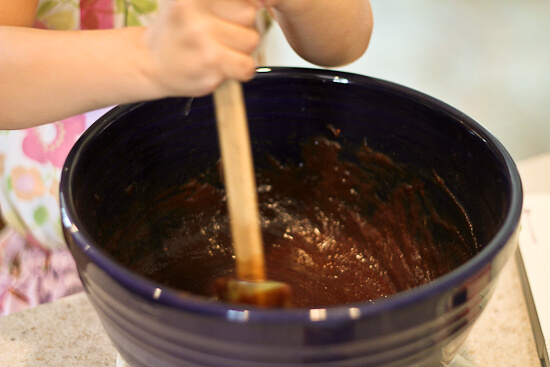 Then she stirred in the eggs…. 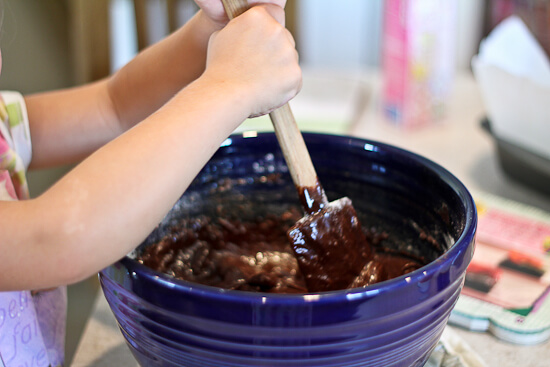 Then the flour.  This took quite a bit of effort for her and she declared herself done pretty darn fast!  We had a great time–the only problem was when Alex came home and realized we had been baking without her.  Sammy has always been very patient about Alex doing stuff without her (preschool, kindergarten, 1st grade, gymnastics lessons and ballet lessons simultaneously, etc), probably because as a second kid it was inevitable it should happen a lot, but Alex is pretty sensitive to being left out of things.  I envision some tough lessons this year, as activities I normally would have waited for the afternoon for the 3 of us to do together–fountains, swimming pool, shopping trips, baking–happen just with Sammy while Alex is at school.  It’s good for Alex to know that she cannot do everything, but it still makes me a little sad for her.

These brownies were a big hit at John’s work.  The mint and espresso was subtle, enough that most people could tell there were a lot of chocolate chunks in the brownies, but I am not sure everyone knew exactly what flavors were there.  I think more people guessed mint than espresso.  The brownies did not slice that nicely so it is a toss up as to whether I would bother specifically with the Sesame Street recipe again, versus just chopping those same chocolate bars into a different cocoa powder brownie (another possibility is that the recipe needed Dutched cocoa powder–it did not specify so I had to guess). What is not a toss up is that I would chop those same flavored chocolate bars again and put them into brownies–I loved the flavor.  The baking soda is unusual in brownies–I suspected that maybe it was in there because of the whole wheat flour used. 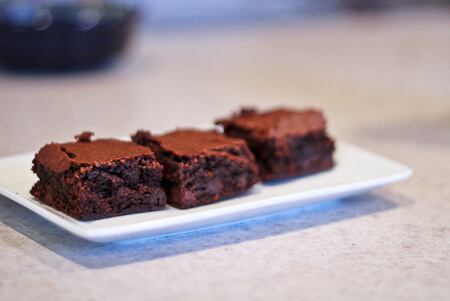 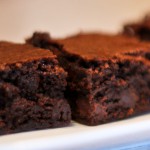 Amazon affiliate links were used in this post, but only to link to items I would be discussing and linking to anyway.