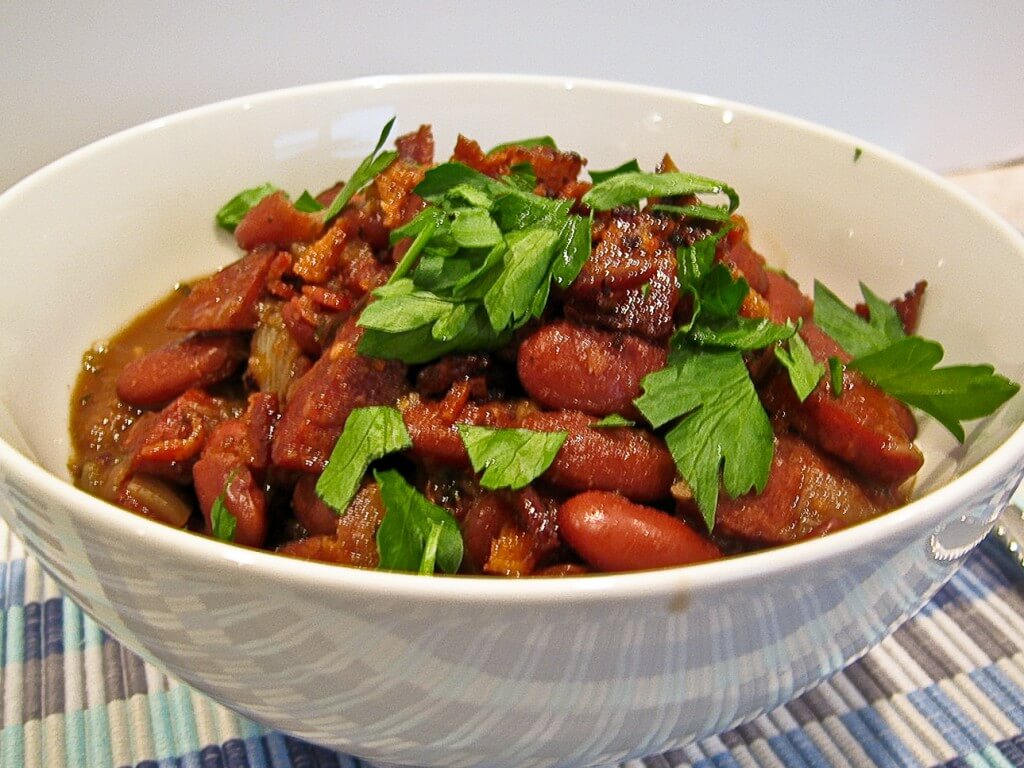 This post is the perfect opportunity to tell you all about my new toy, a Canon Rebel 2Ti. It has loads more numbers and letters that come after it, some of which mean something to me, most of which do not. What is important is that it is my first SLR camera and I am psyched. 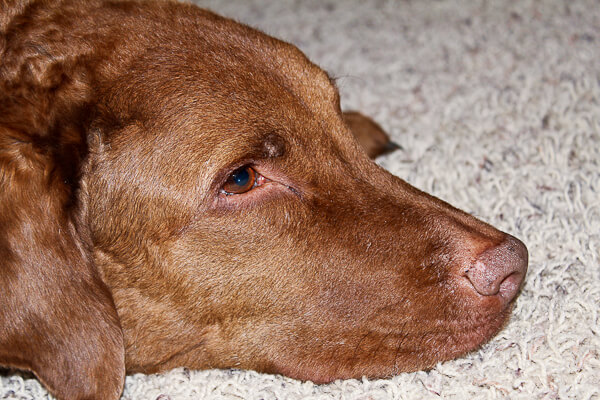 Isn’t Delilah an adorable model for my first night playing with the camera?  This is indoors, at night, with a flash.  Had only just started fooling around at this point.

Now why, you might ask, is this post the perfect opportunity to tell you about it? Well the story technically starts 16 years ago (holy mackerel I must be getting old), when my crazy health woes started. I am going to skip over the grisly details, mostly because I’ve detailed them elsewhere, and say that at the end of it all I had shaky hands. Fast forward to this winter, during which I have had chronic sinusitis with all of the antibiotics, decongestants, cough meds and mucus looseners (is that even a word?) that that entails, and my hands are shaking worse than ever. Suddenly my reliable old point and shoot has become my worst enemy and I think the photos of this Red Beans and Rice really prove it. Could they be any more blurry without actually moving? I cannot keep my hands still enough for the shutter speed of the camera anymore. 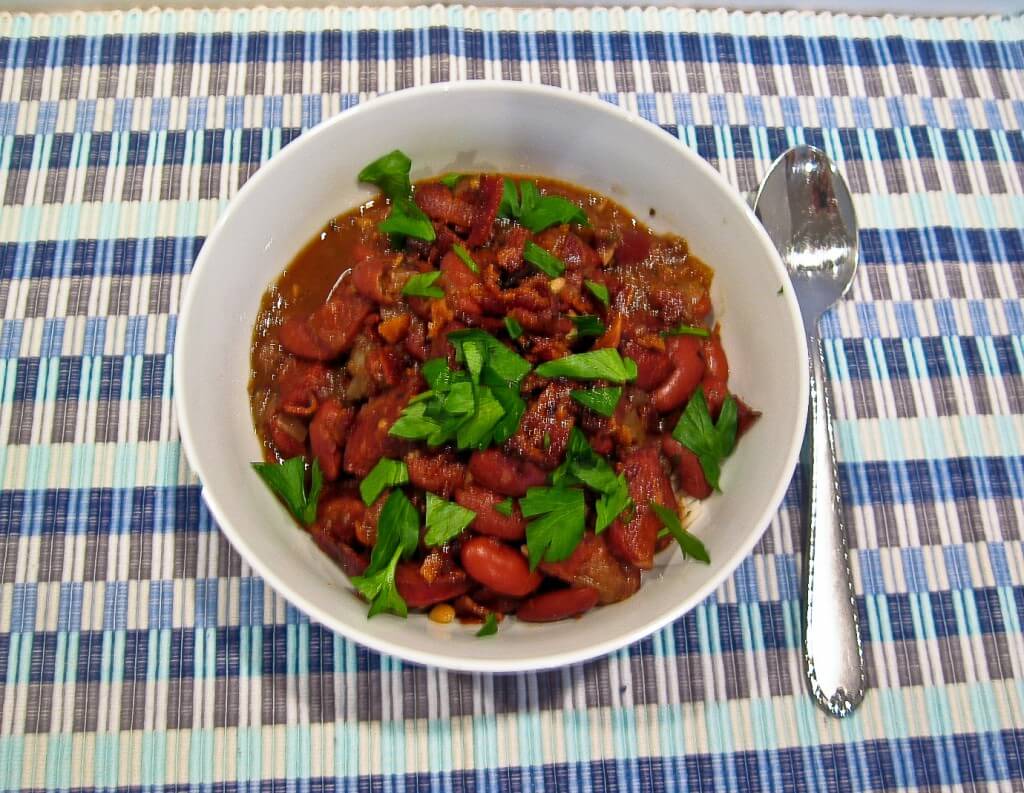 Enter my new friend the SLR, which takes its photos in the blink of an eye. Stay tuned for what I hope is going to be seriously improved photography on The Spiced Life. And bear with my learning curve, please.

Anyway about this Red Beans and Rice, which was so tasty it in no way deserved to be at the end of 2 paragraphs about my ridiculously shaky hands. It came from a book called Second Helpings

, by Johnnie Gabriel, which I am extra excited to tell you about because the publisher sent it to me to be reviewed-and offered to send copies to 3 lucky readers as well.  (Details for how to enter below.)  Gabriel is Paula Deen’s cousin, but she is more restrained than her more famous cousin.  Gabriel, who owns a bakery and restaurant, specializes in Southern cooking and the book is full of classic Southern dishes.  The publisher actually sent me 3 books, more on the others later, and this book was the real surprise of the 3.  Full of glossy photos and great introductions to each recipe (I am a sucker for context), it inspired me the most to get cooking.  I actually was torn between this recipe and others, so I know I’ll be using the book again.

Now it is my suspicion that there are more authentic recipes out there for Red Beans and Rice (a Creole specialty, I would normally turn to one of my New Orleans cookbooks for it), but Gabriel’s recipe looked approachable and tasty, so that was good enough for me.  I made 3 ingredient changes to the recipe, most born of pantry necessity: I omitted the hot sauce because I did not have Tabasco but used some cider vinegar, I used bacon grease (because I had bacon I had to cook) and crumbled the cooked bacon on top as a garnish, and I subbed bell peppers for the celery because I had no celery and because I’ve always been taught the Holy Trinity down in N’Awlins was onion, celery and bell pepper, so I figured the pepper would work fine.  And it did.  I also used a different method, as I added the sausage and veggies toward the end of the cooking.  Despite these changes, I think my results remain true to their origin.  I know the results were delicious. 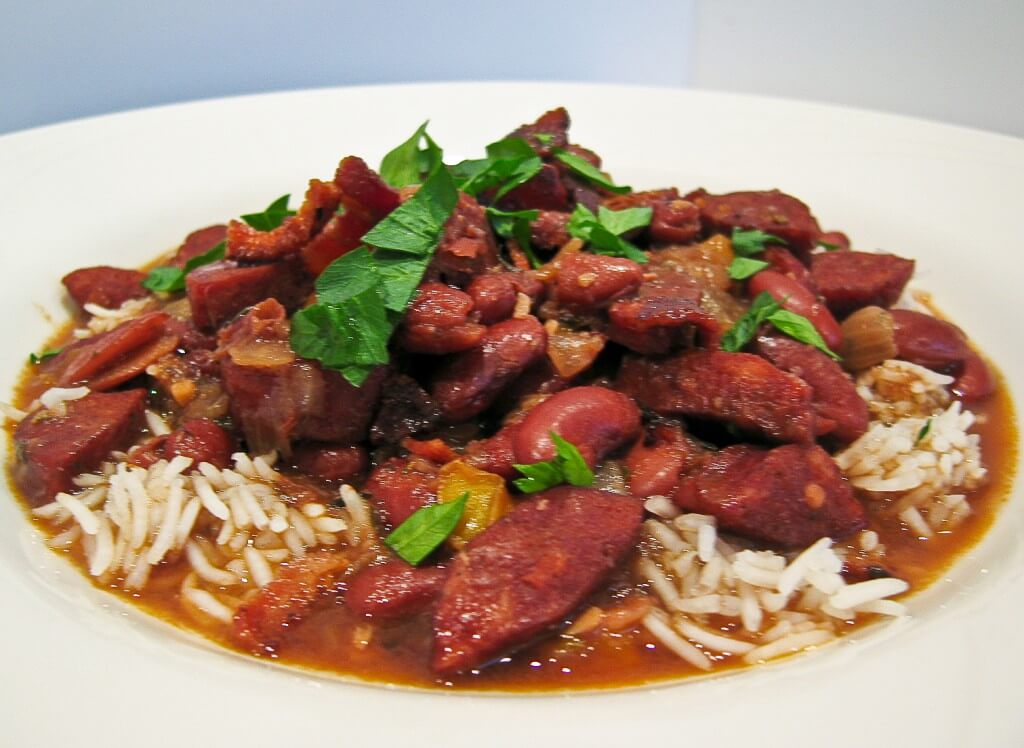 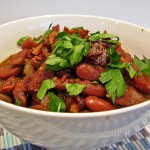 To enter to win one of the three cookbooks you may do 1 or more of the following, leaving me an entry for each item, for a total of possibly up to 5 chances to win (make sure you leave me separate entries for each item done–I’ll get confused otherwise!).  You have until next Monday, April 11, at midnight (i.e., technically Tuesday), EST to enter.  I will draw the names (hopefully quickly) in the following days.

Disclosure of Material Connection: I received this book free from the publisher. I was not required to write a positive review. The opinions I have expressed are my own. I am disclosing this in accordance with the Federal Trade Commission’s 16 CFR, Part 255: “Guides Concerning the Use of Endorsements and Testimonials in Advertising.”