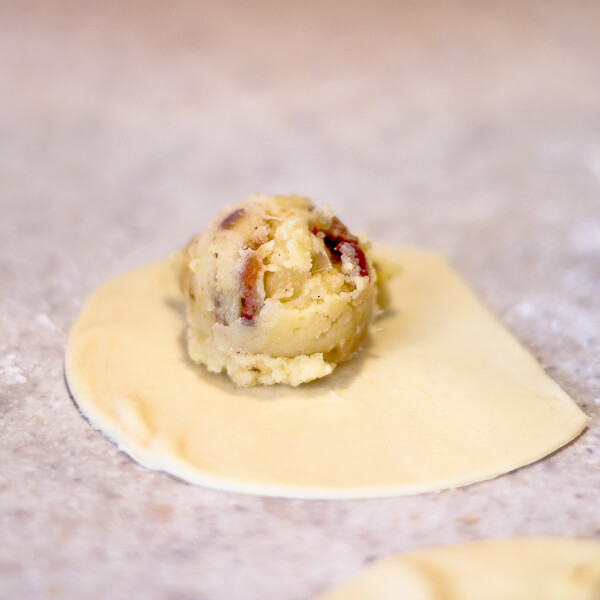 And now we come to the pierogi that I love. The simple but oh-SO-decadent potato pierogi.** I prefer them simply boiled, with sour cream. With loads of onions in the filling. Upon the recommendation of Anne Applebaum, whose From a Polish Country House Kitchen: 90 Recipes for the Ultimate Comfort Food

guided our entire pierogi making adventure, we also added bacon. By which I mean bacon fat and crumbled bacon. Swoon. (Right about now my sister is loading her car with weapons and headed this way–because potato pierogi were the one kind Chris did not bring home for her to try. On accident. I swear.) 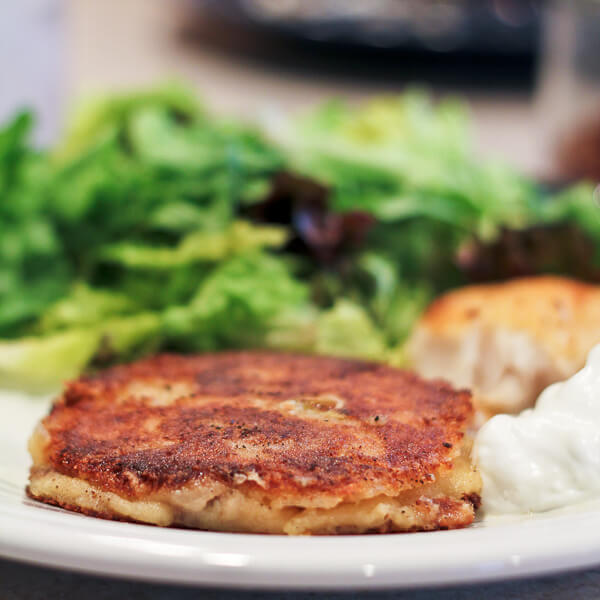 There is an added benefit to making sure potato is one of the fillings you try when you make pierogi. Using the leftovers to make potato pancakes. Oh yeah. Dare I say I liked these even better than the pierogi? 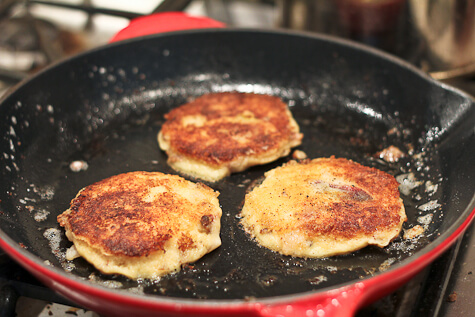 They were certainly easier, at any rate. Whichever way you prepare them, the result is delicious. I promise. Just don’t forget to share them with your sister. Seriously. 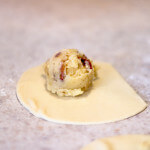 **By the way, your pierogi should be a complete round. Of course the one nice shot I got of the filling on the uncooked pasta dough is a round that looks like it was folded under on one end and I never noticed!