This Mexican Spicy Roasted Shrimp and Potatoes Stew is tried, true and repeated! Tangy with lime, cilantro and tomatoes, earthy with roasted potatoes and sweet with roasted sweet potatoes and shrimp, it makes an excellent, relatively fast meal! 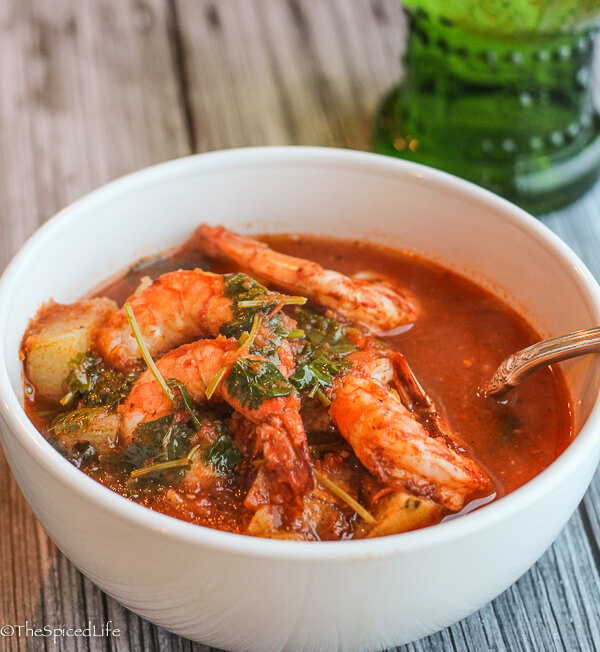 Guys I have so many really, really delicious dishes on this blog that just are not feeling the love.

And it is my own fault, I know. I was stubborn for a long time about the photography end of this business–food blogging, that is. I frankly did not want to take the time and effort to learn it. I made delicious food and I wanted to write about it. But now, years later, I cringe at so many of those really early photos. And even the photos that came after that, from say 2009 through early 2013 (yikes! So long!), are sub par. I did not understand white balance (heck I still do not completely understand white balance), I did not want to photograph by a window (now I have a table that lives by a window), I did not want to set up a tripod, and I did not even own a DSLR until 2012. 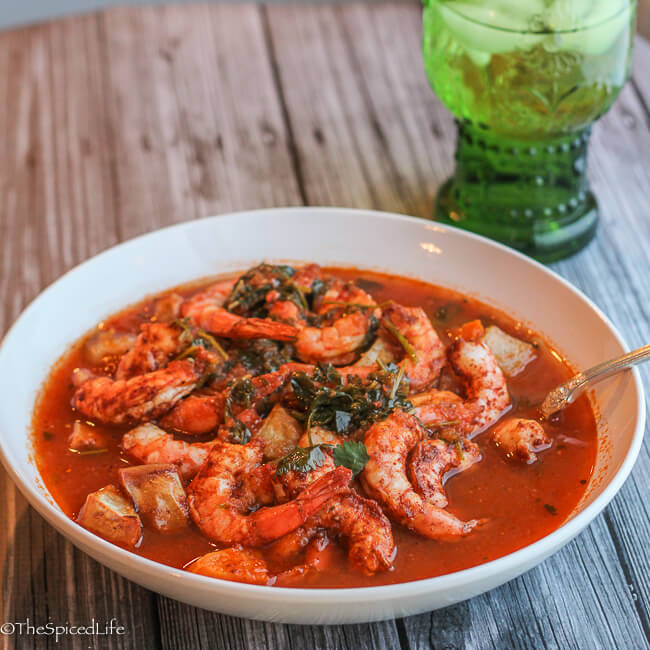 I don’t know what changed really. I just tried shooting by the window one day, using the tripod that had been gathering dust, and really I think the results were the impetus that kept me returning to the window. It is an ongoing process–I still mess up, like not reserving some fresh cilantro for this dish, but in general I have been really happy with my photos.

Which just makes me cringe all the more when I look at old photos. Especially when I look at them on social media. So it occurred to me, given that I occasionally remake dishes to improve the photography, next time I am at a loss for what to cook or bake, why not look for some fabulous dish that my family loved but never got to enjoy again (since their cook is a food blogger always looking for the new and interesting). Redux is going to become the (occasional) theme around here! 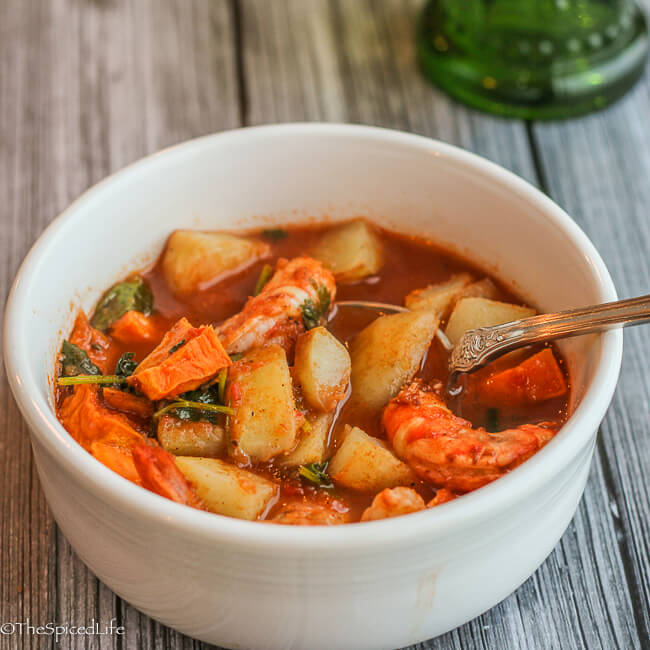 First up is this Spicy Roasted Shrimp and Potatoes Stew, which I made way back in the summer of 2010. Originally adapted from Rick Bayless, my notes indicate that we loved this soup. Like loved it, loved it. In 2010 of course Alex was barely 5, and that was just at the end of that delightful phase where every night she announced whatever I had made was The Best!!!!!! of whatever its kind. So everyone ate the soup quite happily this time, but alas Alex has outgrown those delightful exclamations that used to accompany nearly every single dinner.

Something else hilarious that has changed? My kids are a lot bigger and eat a lot more! We did not eat all of the stew this first night, but unlike the first time, there was  not enough left for a second night. Instead John got the leftovers all to himself. And yes, the stew was definitely as good as I remembered. 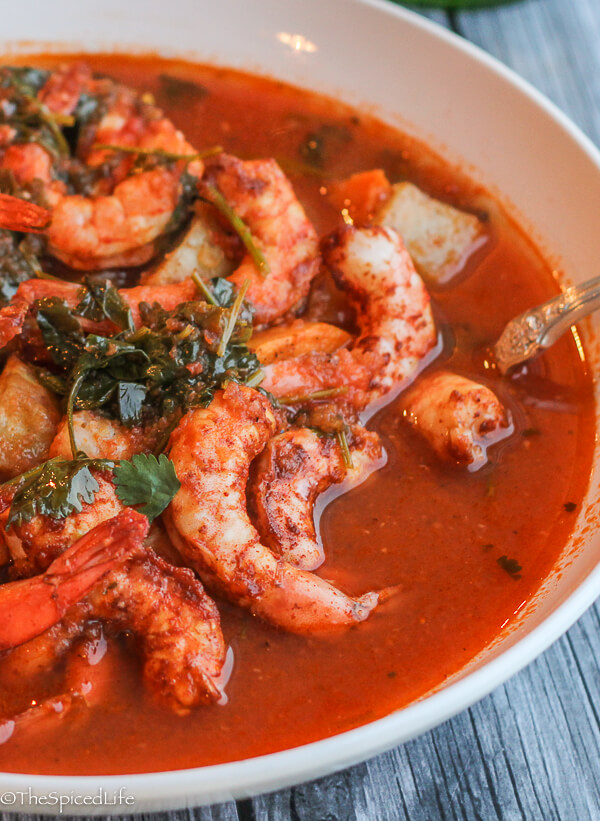 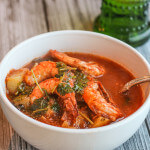 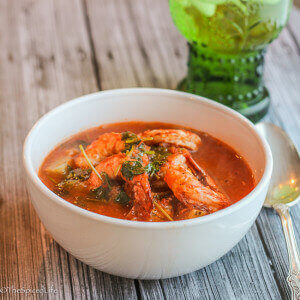