Creamy, tangy, decadent tasting yet vegetarian, this wild mushroom tikka masala with peas is delightful–both innovative and authentic tasting. A copy of Shroom was provided to me by the publishers for the purposes of an honest review. All opinions are my own. Affiliate links have been used in this post to link to items I am discussing. 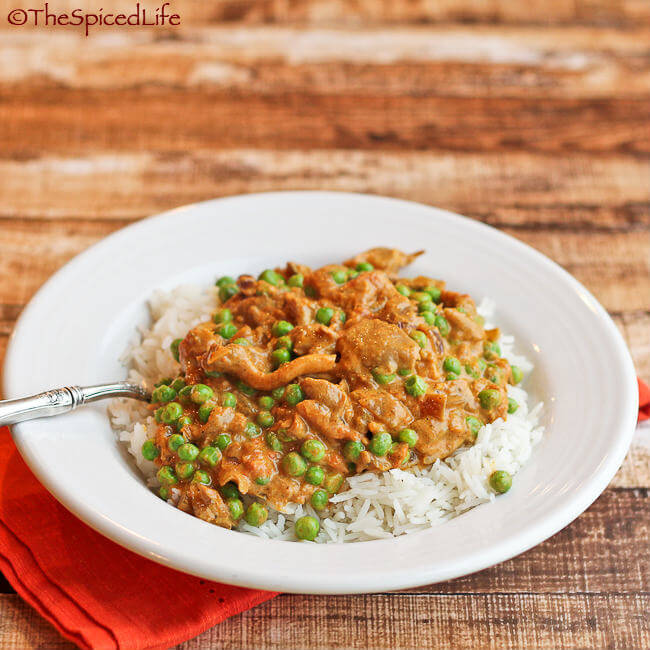 Never have I been so happy to see a cookbook on the list of fall releases for of a group of publicists that I work with (if you are curious, in this case The Lisa Ekus Group). The minute I read about Becky Selengut’s Shroom: Mind-bendingly Good Recipes for Cultivated and Wild Mushrooms

I knew I wanted it. You guys know how I feel about mushrooms (be still my beating heart). It is no secret I adore cookbooks and have quite the insane collection, but you also know I am a wily shopper who hits sales and used bookstores. I rarely buy full price–not because any given book is not worth its cost, but because I do not have the moolah to support my habit buying at full price. So once again I say–I love this blogging deal. 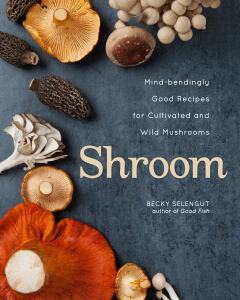 But about this book. I will get the sole negative out of the way first–and it is negligible, at least for me. This book celebrates wild mushrooms, and by that I do not really mean Crimini and Portobello, although they are covered along with Button. There are entire chapters devoted to mushrooms you have never heard of, and while Selengut does a fantastic job of always suggesting substitutes, the sad fact is that where I live you often cannot even find the substitute! So here is my advice for loving and using this book, unless you live somewhere in the mountainous west or damp northwest where mushrooms are everywhere. Just accept that you will use button or crimini mushrooms in these recipes. Do not avoid them for weeks on end because you cannot get the mushrooms in question. True story: I did just that, waiting until I was recovered from bronchitis to go down to Jungle Jim’s (Shitake is the most adventuresome my local store gets), bought every exotic mushroom I could find, except Morels, which are just too expensive, and got home and realized that the recipe I was bound and determined to make called for Maitake mushrooms–of which I had one small package. And for the substitutes (Morels or Oyster mushrooms) Selengut suggested, she also suggested you therefore use some dried Porcini mushrooms. All I had of these were some Oyster mushrooms.

Guys if I had skipped making this recipe it would have been a travesty. No joke. We licked the pan clean. I would use any mushroom in this recipe! But before I get sidetracked waxing poetic about the recipe, let me tell you some more about the book. It is gorgeous. The cover alone probably tells you that, and the photographs of the dishes are also enticing. Selengut is a great writer–just chatty enough that you feel like if you run into her in the streets somewhere you could immediately strike up a conversation with her. I love cookbook writers like that. Last but definitely not least, the recipes are a delicious hodgepodge of international influences. In other words, my kind of food. 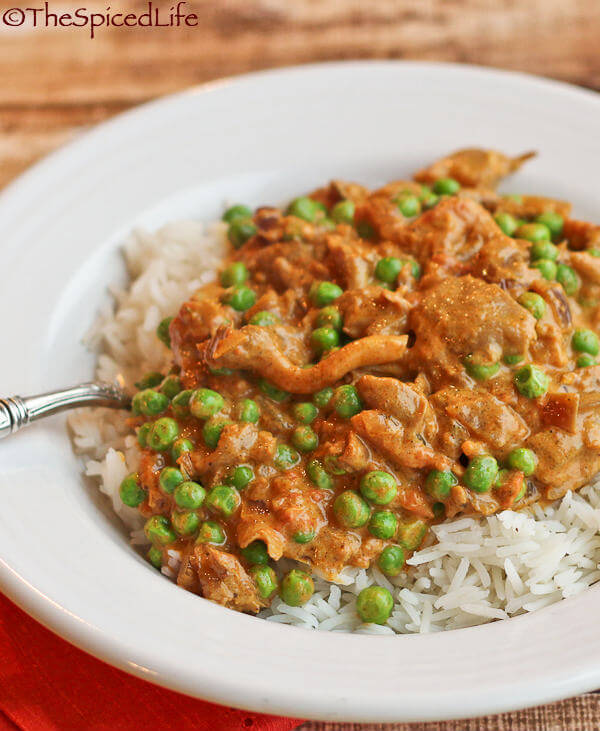 Unsurprisingly, it is one of those international recipes that I became fixated on, Maitake Tikka Masala. Chicken Tikka Masala is one of the dishes that led me to Indian food, way back when I was living in Cleveland (if you are curious the other is Aloo Mattar), although I have not eaten it in years, preferring other dishes when we go out for Indian food these days. My kids call it Orange Chicken, and they adore it. So I knew it was a good bet for our family (it goes without saying that John loves it). I did play a little bit with the recipe. Selengut emphasizes the smokiness of Maitake mushrooms and finishes the dish with a very interesting technique requiring an outdoor grill (which we don’t keep handy) to imbue the dish with even more smokiness (see below), so instead of cayenne pepper, which Alex would not be able to handle anyway, I used smoked paprika and finished the dish with a smoked salt. I used onions instead of shallots, which I do not keep around unless I am making Thai curry paste. I used chicken stock instead of mushroom stock. I used a mix of Oyster, Maitake and Crimini mushrooms. I left the potatoes out because I was serving the dish on white rice (but don’t think I wasn’t tempted!). And last I could not help but add peas–that is my own hang-up, I prefer almost all creamy tomato-based Indian dishes with peas. I think maybe they keep the dish from being too rich.

Whether you follow my adaptations or the recipe below exactly as written, make this dish. You won’t be sorry. 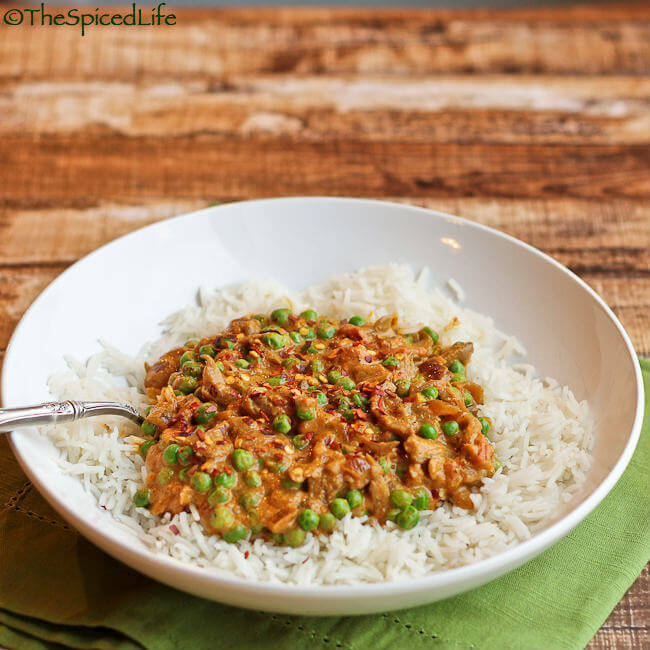 For the collage lovers…