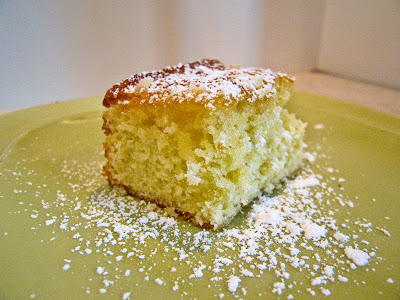 I have a bias against snacking cakes (frequently though not always un-frosted little square cakes) because they are just not that pretty on their own and I am too lazy to garnish much. But as soon as I saw the Key Lime Cake in Melissa’ Gray’s All Cakes Considered I knew I was going to get over that bias and make it. 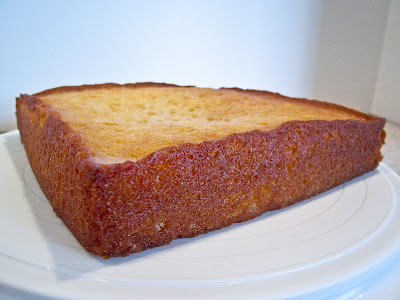 And as predicted it is not very pretty. But it sure is tasty. And easy. I think John actually might have liked it better than my lemon bundt cakes, and while I would not go that far I would say it gave them some competition. I did adapt the cake some, using a granulated sugar based glaze as I prefer them, increasing the limes, and subbing in some oil as I am experimenting with using a little oil in place of butter in cases (and it worked fine). 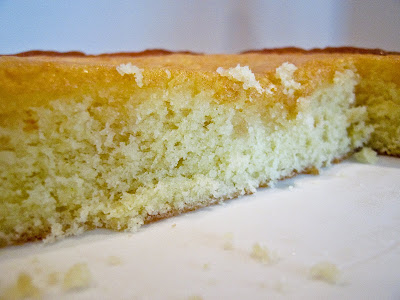 I have to give a shout-out to Melissa Gray’s book while I am at it. It is incredibly read-able with a very wide range of cakes (in fact it is ordered from simple to difficult, the idea being that if you are a novice cake baker you can just bake your way through it). Although at times her schtick is laid on a little thick, for the most part I found the book quite funny and actually read it straight through. My only other complaint is that she loves tube pans, which make gargantuan cakes. But I’ll get over it–and John’s co-workers and students will be eating pretty this year. 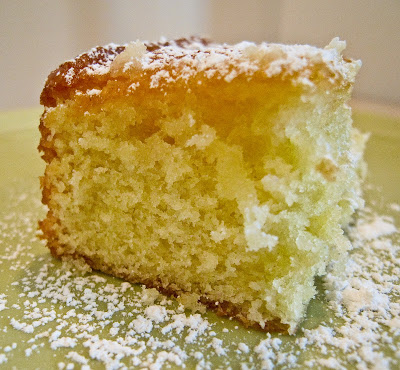 For the glaze:
1/2 cup fresh key lime juice (this took about a bag of key limes and a lot of squeezing–not sure yet if I think the tiny key limes are worth it over Persian limes)
1 cup granulated sugar

Place a rack in the center of the oven and preheat it to 350 F. Line the bottom of an 8X8X2 pan with parchment paper and grease all over. Set aside.

Whisk together the flour, salt and baking powder. Set aside.

Add the eggs, one at a time, beating after each addition. Scrape down the sides of the bowl as needed. Add 1/3 of the flour mixture to the mix, turning the mixer speed down to low. Add half of the heavy cream, then flour again, then the remaining cream, and then finish with the remaining flour. Add the key lime zest and juice to the batter and beat for 2 minutes on medium low speed.

While the cake is baking, combine the 1/2 cup key lime juice and the 1 cup sugar in a small saucepan. Bring it to a boil and then simmer, stirring, to dissolve the sugar. When done, set it aside, but when the cake comes out of the oven, heat the syrup back up.

Let the cake cool in its pan for 10 minutes and then remove it from the pan, removing the parchment paper from the bottom and flipping it back over to cool right side up. Place it on a cooling rack that has foil underneath it. Poke many small holes in the top of the cake with a skewer or toothpick. Brush the glaze over the cake–it will absorb and then you will brush again and again, until the syrup is used up. If you want you can also use the syrup that drips down to the foil but I did not bother. Let the cake cool and sprinkle with confectioner’s sugar before serving.