You are here: Home / beans / Greek Orange Pork and Beans: Another Preconception Officially Bites The Dust 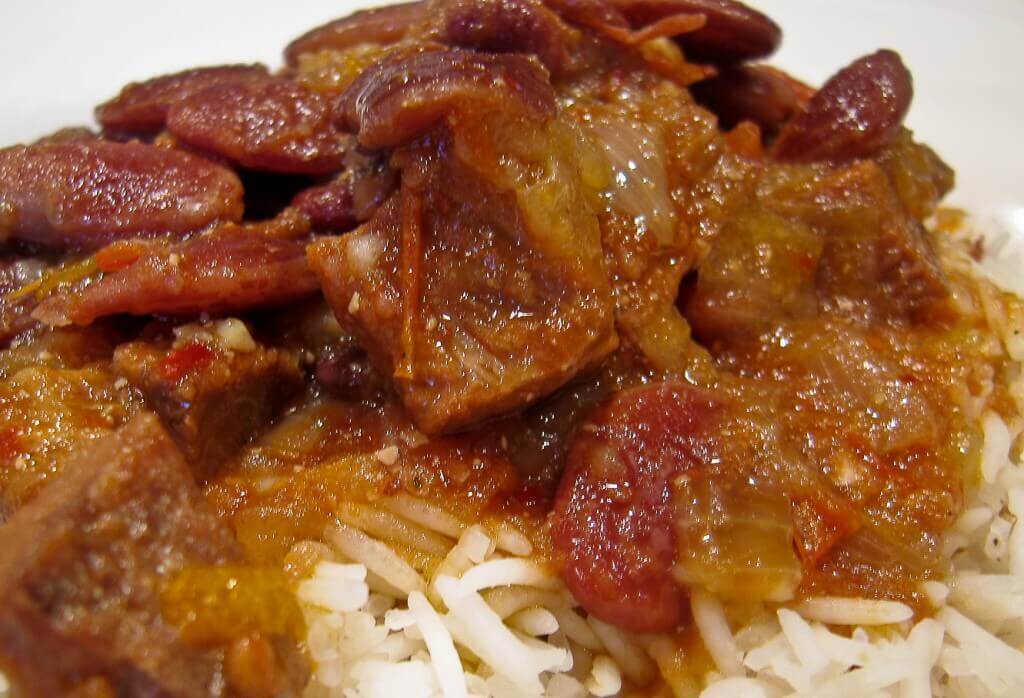 My husband says I am famous for holding very strong opinions which I then completely reverse at a whim. For example, the fact that I refused to try Buffy the Vampire Slayer for many years-and then one day he came home from work (I was in-between jobs) to find me on my 3rd episode, shushing him when he tried to talk to me. I now own all 7 seasons and can recite lines from the show. I also used to swear that I did not enjoy baking. Then one day I had a baby, and, well, you’ve all seen this blog. The latest example? Mediterranean cooking.

It is difficult for me to pinpoint what exactly turned me away from Mediterranean cooking. I guess for one thing, I associated it with Italian American food, which, while enjoyable, I do not love and I, perhaps in reaction to it being the cuisine of choice for my family, tend to enjoy exploring other cuisines. For another thing, as many of you know, I only starting eating seafood in the last year or two, and since the Mediterranean is a sea it only stands to reason that its cuisine is heavily influenced by seafood. 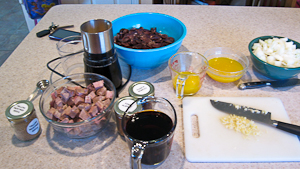 I think more than anything else though I tend to be drawn to exploring different cuisines at different points in my life. Because Mediterranean food is so popular in America I frequently felt forced to defend why I was not interested in it-whereas the reality was that I should have said that I was just more interested in other foods at that point in my life.

Well no longer. First I started to get a little interested in Spanish and Greek food.  Then I started planning this trip to Morocco. I started collecting Moroccan cookbooks, but in many of these cookbooks, Morocco is grouped in with other countries and cultures of the western Mediterranean, such as Tunisia, Algeria, Spain, southern Italy, France and Greece. And the more I started reading the more I realized that if I was attracted to the foods of northern Africa I ought to be equally interested in the foods of southern Europe. Their cuisines are all influenced by one another, leading to subtle and some not so subtle variations on similar themes. And best of all they seem to love one pot dishes, which are my bread and butter.

The minute I saw this dish in Paula Wolfert’s The Slow Mediterranean Kitchen: Recipes for the Passionate Cook

I knew I was going to make it. I love pork, I love beans, and I love fruit with pork especially.  I saved it for a mid-level special occasion (my in laws came into town) but don’t let the various steps deter you.  This method was so successful that  I actually used it a few days later on a dish with a different flavor profile.  I’ll talk about the method more when I share that dish. 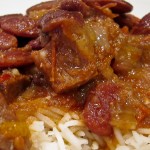 Affiliate links were used in this post, but only to link to items that I would be discussing and linking to in any case.