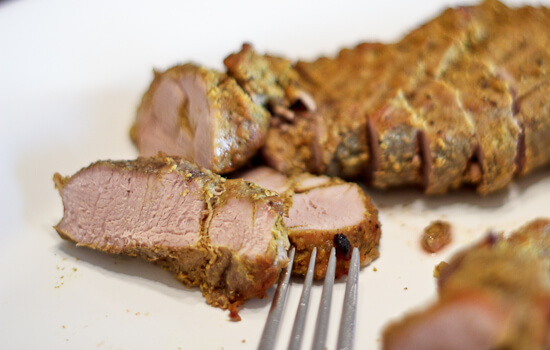 Alex has taken to basically reading one chapter book per night.  I quiz her about them, suspicious that she is not absorbing anything, but actually she does indeed seem to be, so perhaps not just my love of reading but also my speed of reading has been passed on (to which I say thank goodness as her father reads like a snail, although he loves to read too).  I had to laugh tonight when she came down just a tad before 9 (the time at which she would fall asleep, ideally), begging for a new book to read.  The previous book had been a bit on the “good for her” side, so to reward her for her willingness to read just about anything I hand to her, I said yes she could have the Bad Kitty book she’s been patiently waiting for since I brought it home from the library.  But after 30 minutes she needed to turn the light off.

Being my daughter in more ways than one, at about 9:45 (John and I having forgotten about her and returned to watching Revenge) she called down could she please finish that book as she only had 6 more chapters?  Oh how hard it is to be the parent!  I always stay up way too late reading books, feverishly turning the pages long after everyone else is asleep.  But of course the answer was no (she has school tomorrow) and oh how she cried. 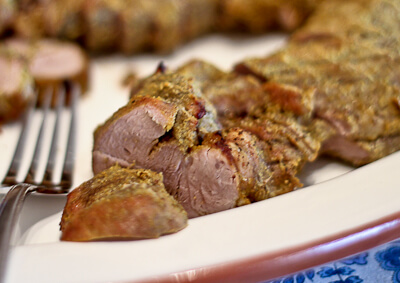 Happily this pork is not.  It is also, I suspect (having only served it to Indian food lovers), a good gateway dish for people who are not familiar with Indian flavors.  I especially liked it dipped into tamarind chutney.  Those familiar with Indian food will recognize that the marinade incorporates the flavors of vindaloo, a classic Goan dish influenced by the Portuguese traders in that area, and marries them with apple cider, an American classic. I found the recipe in One Spice, Two Spice: American Food, Indian Flavors

by Floyd Cardoz, a book I strongly recommend to anyone with any interest in Indian flavors. It is an especially great source to have on hand when you want to serve dishes that are not classically Indian to people who are a little nervous about eating Indian food (unfortunately I have had a lot of those in my life!). 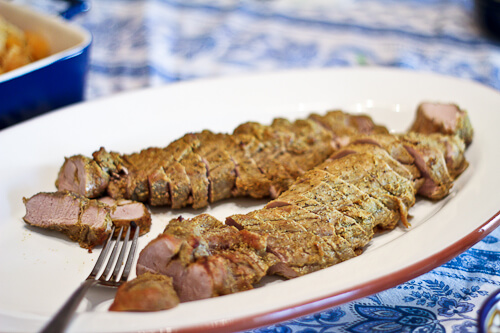 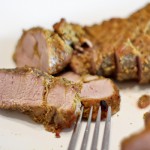