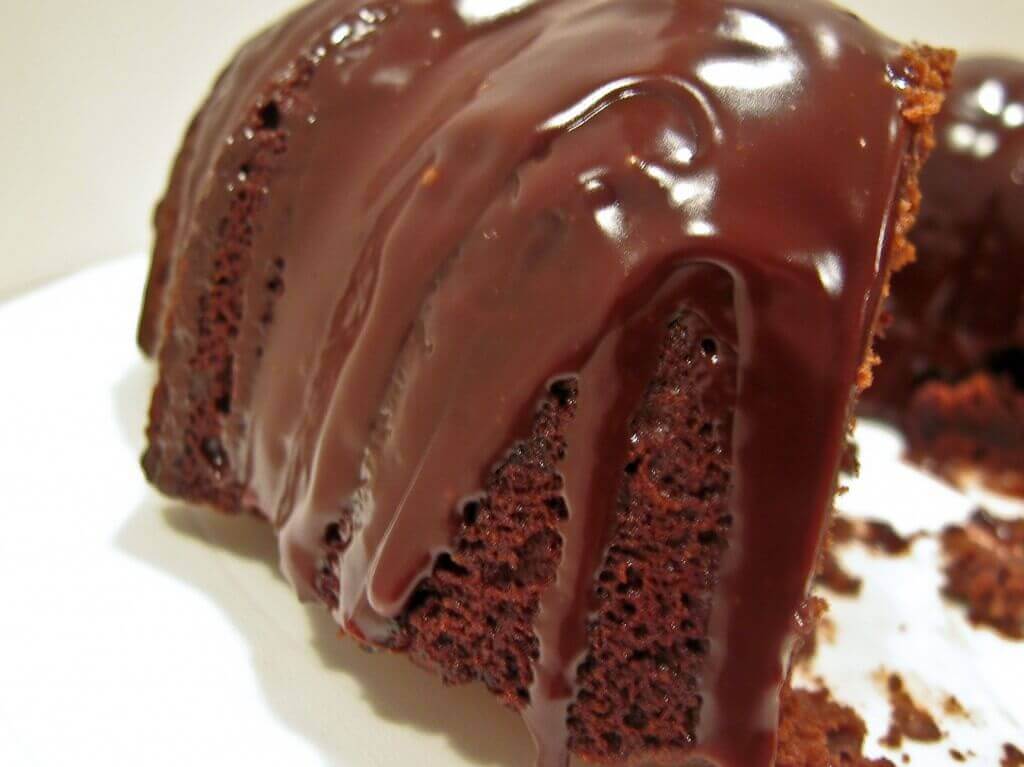 My inlaws came to visit recently; I think I mentioned I made the Orange Pork and Beans for them. My father in law has recently had heart surgery, so it was important to me that we cook in rather than eat out, which left me cooking every night they were here. As a result I needed a dessert that I could easily throw together while cooking (I had those scrumptious meringue cookies also while they were here, but it is more fun to serve a special dessert at least one night when you have guests, or so I think). Oh, and if you are wondering, since they were only here a few days they said not to worry too much about salt/fat/sugar, especially since I don’t use much processed foods. Anyway so I went looking for a fast, easy dessert. And preferably a chocolate one since as I’ve mentioned before I enjoy making chocolate desserts for my mother in law. 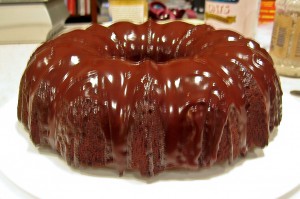 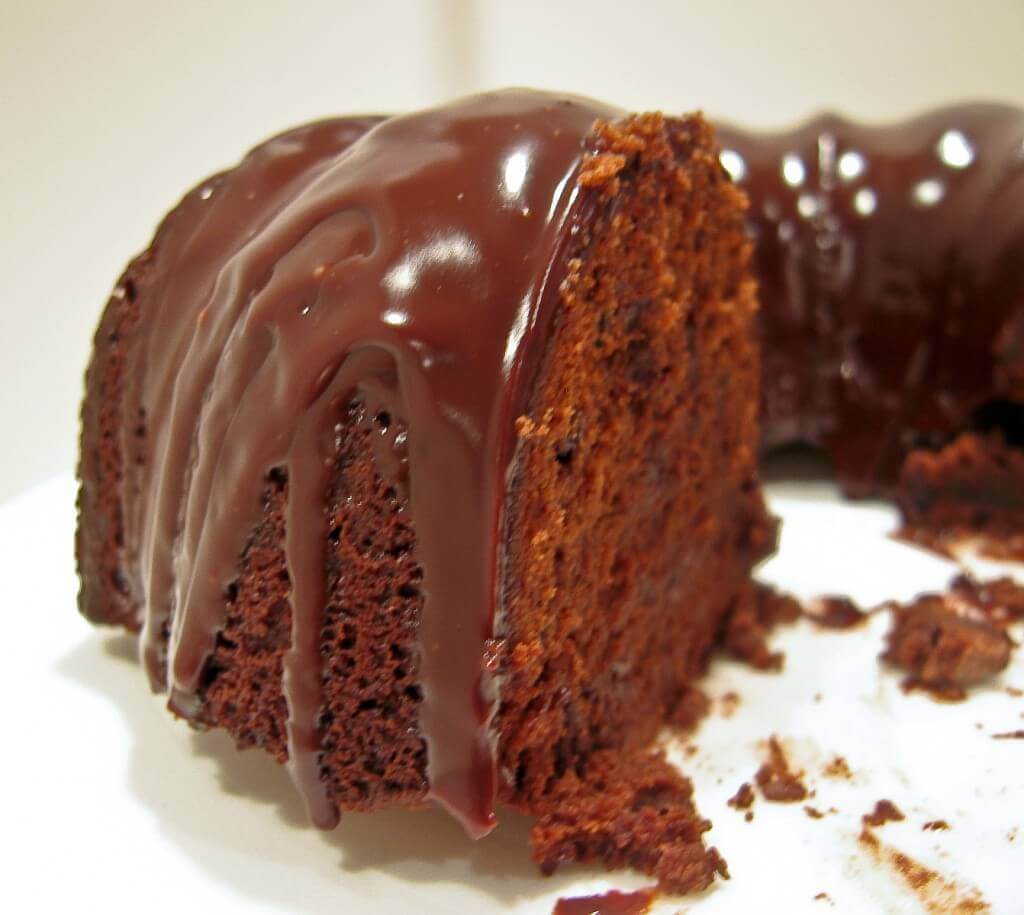 But apparently not. The butter is beaten until fluffy, rather than melting it, which would serve to aerate it some. The instructions did not say, but I beat the eggs in harder than I would have with sheet brownies for the same reason. The cake turned out perfectly—it was dense as brownies should be without being too dense. I also would encourage you to be sure your cake does not overbake—because I was skeptical about the whole thing I left mine in about a minute too long, yet we all know when baking brownies it is better to remove them from the oven when the toothpick emerges with a few crumbs still attached.

Jessica’s cake was glazed vanilla, but I chose instead to glaze mine with dark chocolate ganache. I added a little light corn syrup to make it shiny and make it a bit sweeter as I was using 70%+ cacao chocolate.  Because I did not change anything other than using Scharffenberger chocolate and  beating the eggs a bit harder than she calls for, I am going to link you over to her site for the recipe. 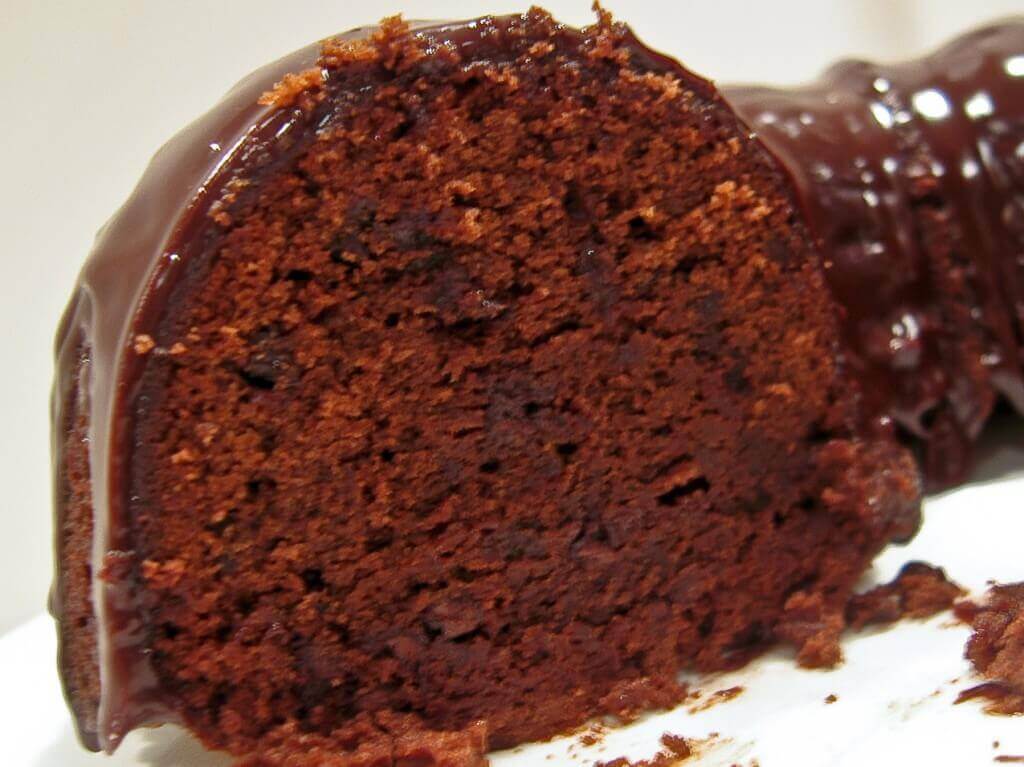