French Apple Cake is a simple cake stuffed with sweet and tart apples, that is perfect for teatime, dessert, a guilty pleasure breakfast or even Thanksgiving, where I served it to great compliments. Affiliate links were used in this post to link to items I would be linking to anyway in the course of my discussion. 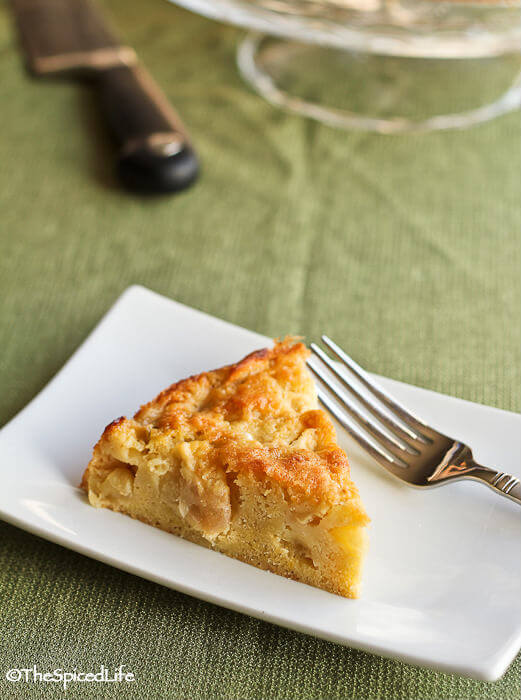 I’ve made this cake twice in the last few weeks, first as one of the Thanksgiving dinner desserts at my in laws’ and then the following weekend–I wanted better pictures and I wanted to experiment with smaller apples. The photo at the top is from my house; the photo immediately below this paragraph is from Thanksgiving dinner. At my in-laws’, their apples were huge. As you can see both in the picture below, that cake was bursting at the seams from the apples!! (You can also see that the lighting there was terrible!)

At my house, the apples were the opposite (in both cases, local apples were used), absolutely tiny. So then my cake was sadly a little under-stuffed! 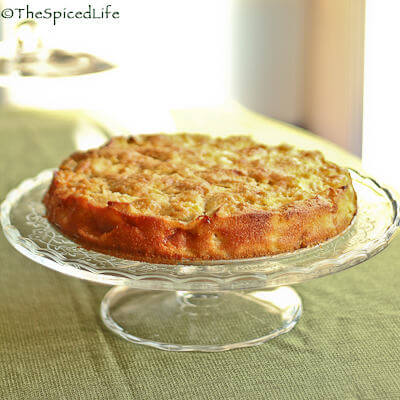 So, on the one hand, I loved this cake and in general it is pretty fool-proof. On the other hand, if you are serving it to company, aim for 4 medium sized apples, or maybe 2 smaller and 2 large (I suggest a combination of tart and sweet, both firm and crunchy).

I found the origin for this recipe at davidlebovitz, where of course his came out perfectly stuffed, if you want to see what that looks like. Ironically he started with a Dorie Greenspan recipe from a fantastic book that I love and own, Around My French Table: More Than 300 Recipes from My Home to Yours

, but I went looking for the recipe at my in laws’ home, away from my cookbook collection. Now I deviated from the recipe because I do not call for rum, which David stressed was quite important. But in that first recipe at Thanksgiving, no one could taste it. Also, I used lemon juice to toss with the apples to prevent browning, and while it was very tasty, it almost became the star of the cake, that tart underpinning. So at my house I used a small amount of a local apple cider vinegar to prevent browning and then used apple brandy in place of the rum. It got big thumbs up from everyone, and everyone who tried both cakes, strongly preferred the brandy.

One interesting thing about this cake–and David read my mind when he commented on it in his post, is that as an American it is very hard not to add cinnamon to an apple dessert. And I would maintain that the cake would be fantastic with cinnamon (or cassia). But, as David notes, it would no longer be a French apple cake. And it did make a pleasant change, to enjoy the apple flavor on its own. So I won’t tell if you add it, but if you do it is no longer a French apple cake. If you are looking for an apple cake that celebrates the marriage between apples and sweet, warm spices may I humbly suggest my Streusel Apple Bundt Cake? 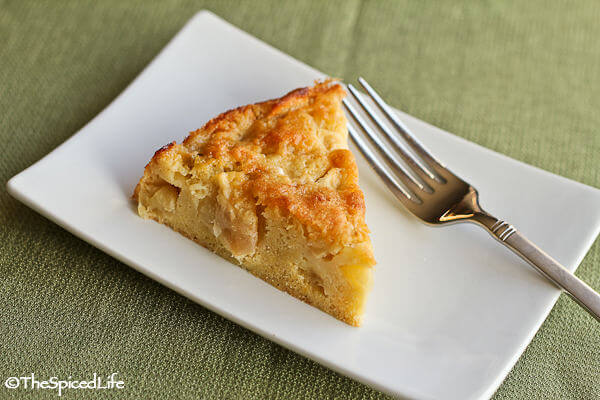 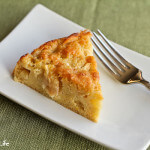