You are here: Home / asparagus / Farro Salad with Asparagus, Edamame and Peas

Farro Salad with Asparagus, Edamame and Peas is the perfect spring dish. Delicious hot or cold, it can comfort on a chilly day or be a great side salad for one of the first barbecues of the season! 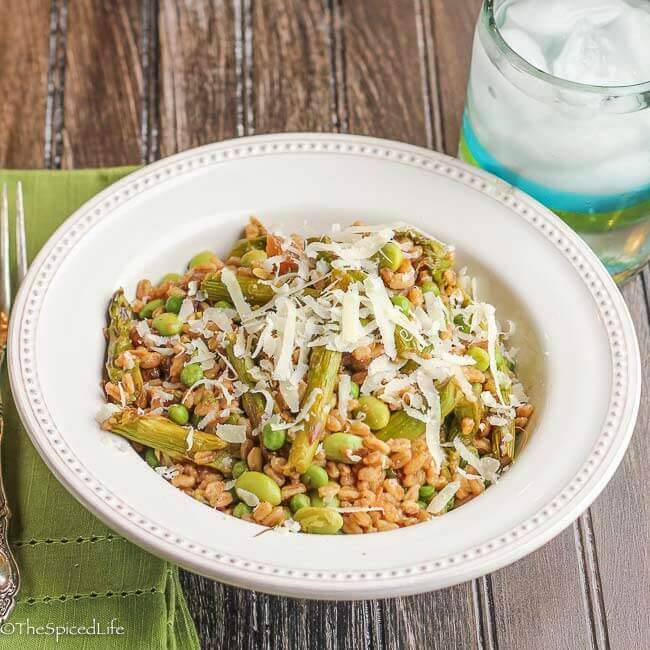 Every spring, it is a toss up between asparagus and strawberries as to which I get more excited to see in the grocery stores. I will only buy domestic for both (obviously local is best, but the season is short here). So we don’t usually eat either in the late fall or winter. Which means excitement when we finally start seeing them! The kids tried to steal the asparagus before it even made its way into this farro salad (and whined quite a bit about it going into a salad), although they both agreed that the salad was delicious as well. 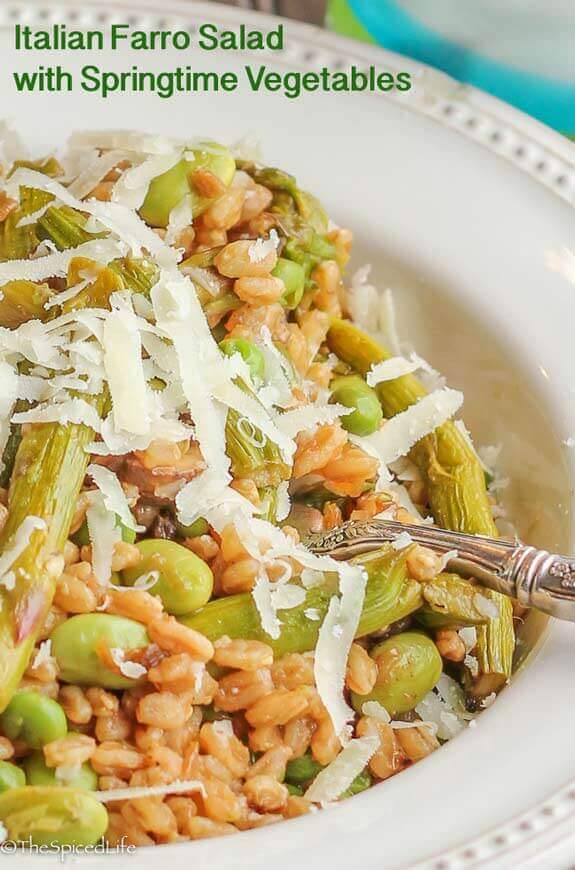 We ate this salad as a simple vegetarian weeknight meal, but it would also work beautifully as a side dish, especially for a picnic or a grilled meat. The kids preferred it warm, but I preferred it the next day at room temperature or slightly chilled. John only got the leftovers as he had been out of town, but he also enjoyed the dish. 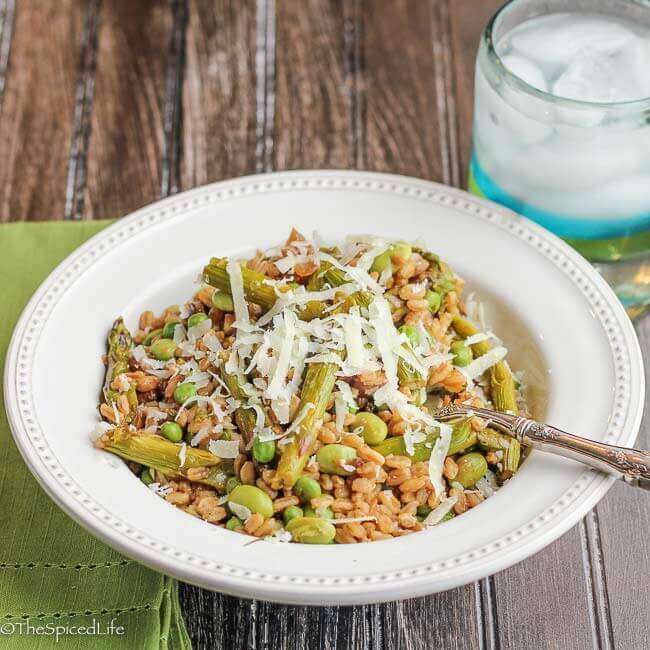 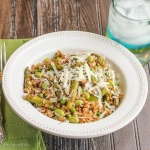 Looking for a fun collage to pin? Try this one! 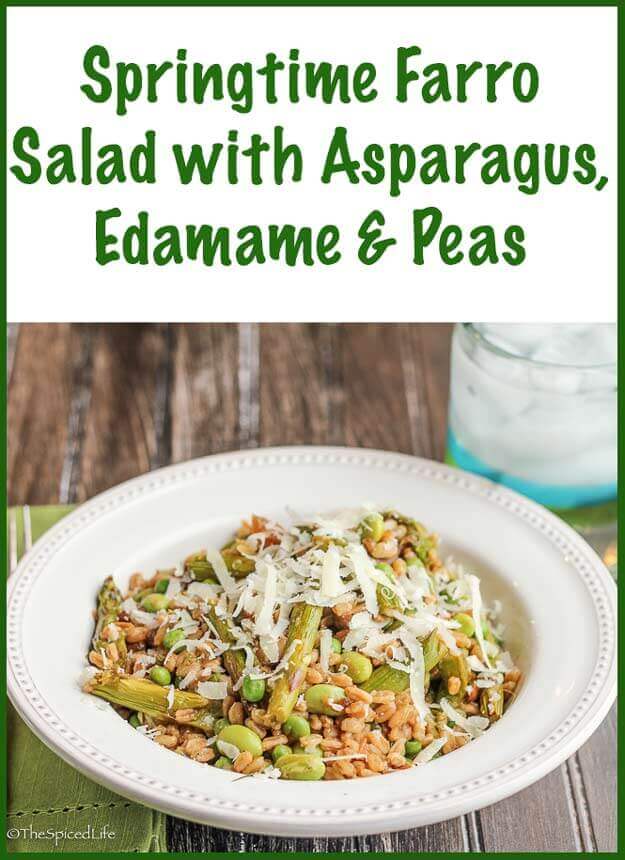