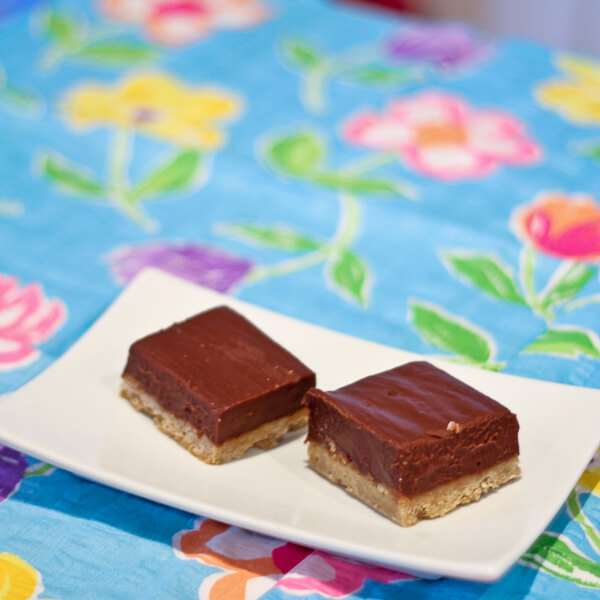 When Roxana from Roxana’s Home Baking announced the theme for this month’s Chocolate Party was caramel, I had mixed feelings. I am very picky about caramel, and often do not care for it with chocolate. It is just so sweet. But then inspiration struck, I could use milk caramel, i.e., dulce de leche, about which I am not picky at all. 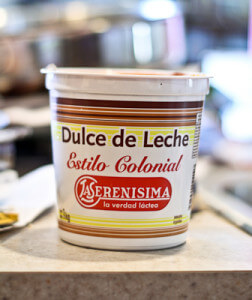 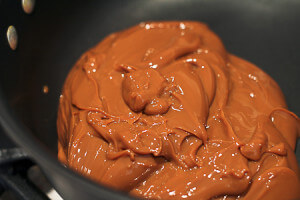 I forget if I have ever mentioned it, but I actually grew up eating this stuff homemade, only we called it Brown Wiggle. Yes you read that right. Hey this was unpretentious Middle America Ohio–we had no idea the stuff was famous for being sophisticated South American milk caramel. My mom would boil a can of sweetened condensed milk, and we would eat it oh so slowly over the following days, by the spoonful. And oddly, I loved it even without salt. My sister would disagree, but there is something almost savory about dulce de leche, that keeps it from being as sweet as regular caramel. My brother, whose house I brought these bars to, actually asked if that was the almost cheesecake flavor he could discern, and I think that is a decent way of describing it, just not as tangy. 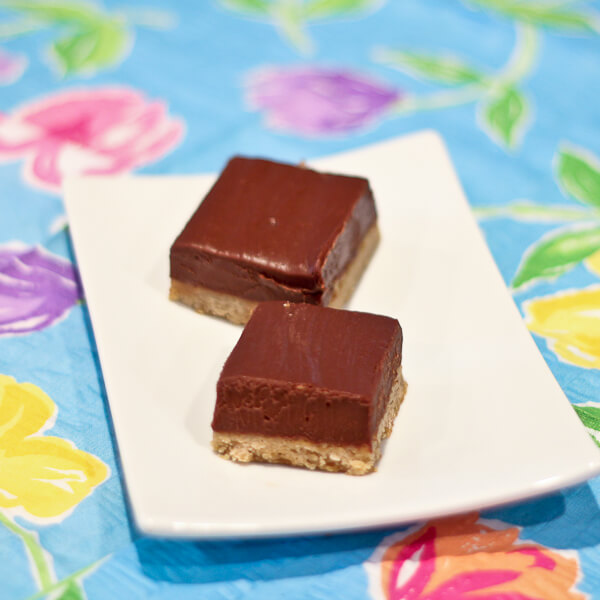 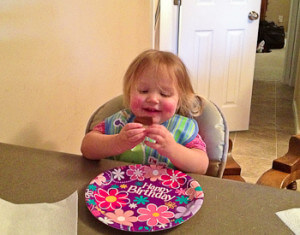 So about taking these bars to my brother’s house… I have to take a moment to indulge in some bragging. Because as far as I am concerned my parents have the cutest grandkids ever. And I am pretty sure every single one of them has a sweet tooth, although some maybe more so than others. Pardon the pics–I forgot my good camera, so these were all taken with a phone. 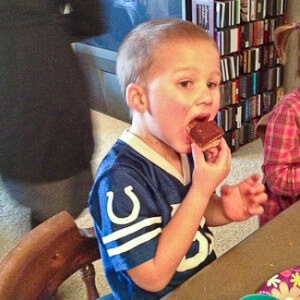 And speaking of these particular bars, they are a good bet to share because they are almost obscenely rich. As a matter of fact, the next time I make the recipe I think I would make more of the shortbread crust. Heavy cream plus dulce de leche plus rich, dark chocolate makes the kind of treat that needs to be sliced small and shared! 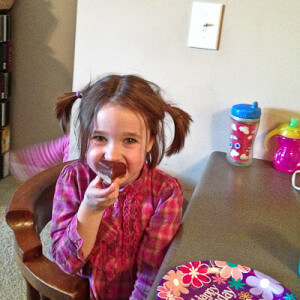 Can you tell which kid is used to hamming up for the camera while eating? And which one likes to pretend I am not there, taking the picture? 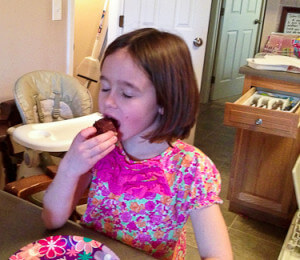 Sophie, on the other hand, a year younger than Sammy, could give Sammy a run for her money in the hamming for 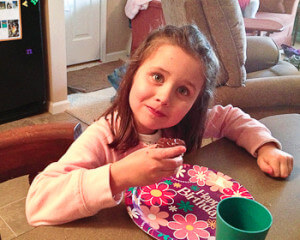 the camera while eating department if she was at our house more often! And why, you might ask, was I visiting my nieces and nephew? Not that I need a reason, but is there any better one than this?: 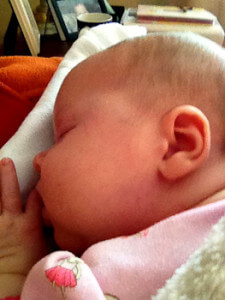 OK, OK enough family bragging and back to these fantastic bars. I actually found the recipe using Eat Your Books, which I have praised elsewhere. This particular recipe is from Gourmet, which I have indexed at Eat Your Books as part of the Epicurious site. So just another instance of EYB coming in handy. You can find the recipe, which I did not adapt, here. 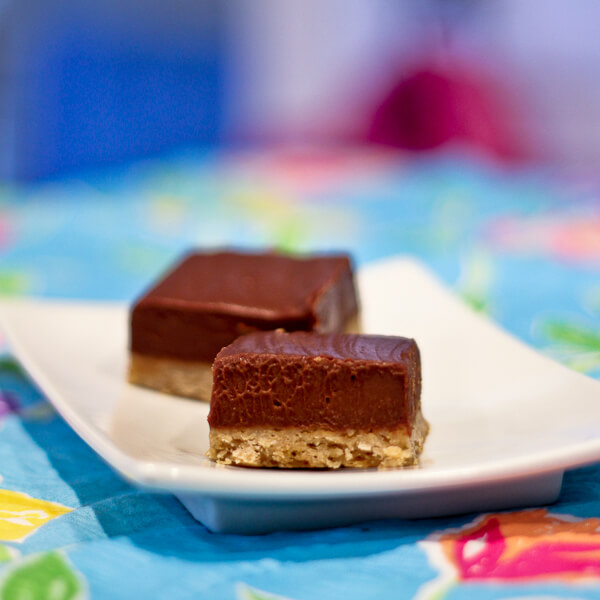 If you want to participate in Chocolate Party, just make a recipe with chocolate and caramel. And follow these rules, and then link up below:

1.) Blog about your chocolate treat. Your recipe must include the two ingredients we choose. It can be a simple no bake treat or a sophisticated layer cake, the complexity level of the recipe is totally up to you.

2.) Include a link back to a monthly round-up or the Chocolate party page. Optional, add the Chocolate Party logo in your blog post or on your sidebar.

3.) Your recipe must be published during the current month. Please do not link old recipes, they will be deleted.

And here is the linky:

« A Few Confessions and A Case for Cake Simple
#BundtAMonth: Vanilla Orange Bundt Cake with a Hint of Coconut »