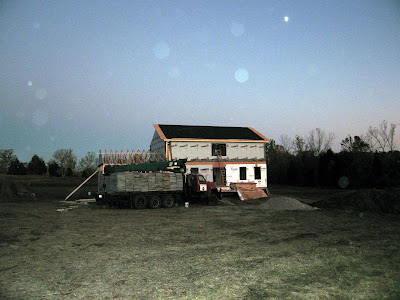 Before I get to the actual post, we stopped out at the property tonight. You can see the first floor rooms clearly now, except the kitchen which kind of morphs into the family room as one big great room. 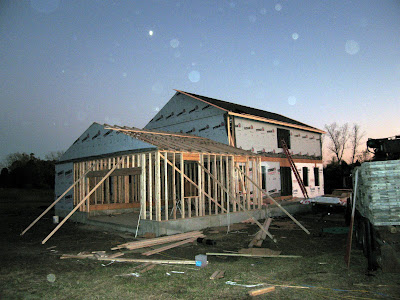 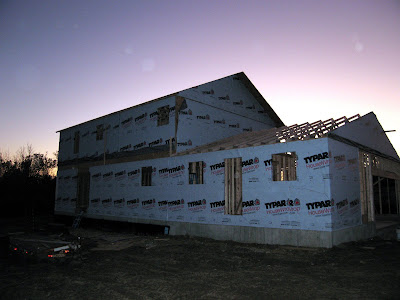 Anyway, about those bars… 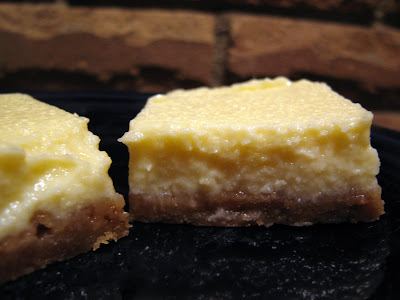 I don’t know if it is malaise brought on by the economic crisis or just general blahs or what, but I apologize for staying away for so long. It’s not that I had nothing to say; it is more that I had nothing to share. And then even when I had something to share, namely these bars, the change in seasons has really cramped being able to take pictures in the evening–I am losing my light too fast for the amount of crud I have to do. Anyway, that pork and apple dish lasted us several nights, and the only baking I did earlier in the week is a few test rounds of possible desserts for Sammy’s birthday, so I am not going to share them until her actual birthday. Plus we’ve ordered in and been busy at night because John and I had an evening meeting with the kitchen designer and some other house stuff to do this evening.

I did throw together this gem of a recipe right before we went to that evening meeting though. I found it in Greg Patent’s Baking In America, a really wonderful cookbook I found used the other day. It is filled with historical anecdotes about the history of baking, and many of the individual recipes are authentic older ones (like late 18th century old) that Patent has adapted for the modern baker.

Unfortunately this recipe did not have any nifty story to go with it, but it nonetheless stands out for its use of cottage cheese. Because low fat cottage cheese works fine, it is also a somewhat healthier cookie. I should also add this disclaimer: it is a great dessert but it is a little like cheesecake squares in that it is much more fragile and soft than I think of a cookie as being–I actually found that I preferred eating it with a fork. Oooops! I just realized as I was typing out the recipe it said to chill them. Well I will report back with a different review…. And yes it is the next day, I still have not had time to take decent pics so I give up, here are some no-light ones, and yes they are even better chilled! Did that make sense? Never mind, just try this recipe! 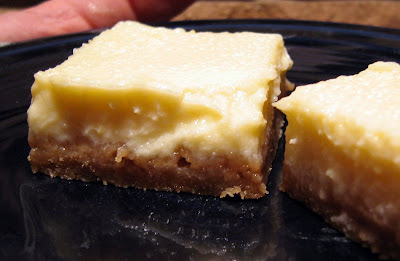 Adjust an oven rack to the lower third of the oven and preheat it to 350 F. Line an 8 inch square pan with parchment paper.

In a large bowl, beat the butter and salt until smooth and creamy, about 1 minute. Add the sugar and vanilla and beat an additional 2-3 minutes. Slowly mix in the flour, scraping as needed, until it is thoroughly combined. Press the dough firmly into the baking pan.

Bake the crust for 20 minutes.

Meanwhile, process the cottage cheese until it is very smooth, about 2 minutes. Add the lemon zest, lemon juice, sugar, baking powder, flour and eggs and process for 10 seconds. Scrape down the sides of the processor and process for another 10 seconds.

Pour the filling over the hot crust. Bake for 25-30 minutes, until the filling has puffed slightly and the center is set. Be careful to not overbake. Let cool to room temperature and then chill for 8 hours or overnight. Serve the bars cold.

« Pork Tenderloin with Apples and Sour Cream: Early October At Its Best!
My House Smells Like Christmas: Alice Medrich’s Best Cocoa Brownies With A Peppermint Twist »