Bourbon Bacon Beans are a sweet and savory side dish that pairs perfectly with milder proteins, like chicken breasts. This is a sponsored post via Kitchen Play, in which I have been paid a sum of money to both try Tesoro tomatoes and discuss using them. I was sent Cooking Slow for the purpose of an honest review. Affiliate links have been used in this post, but only to link to items/pages that I would be linking to anyway in the normal course of my discussion. 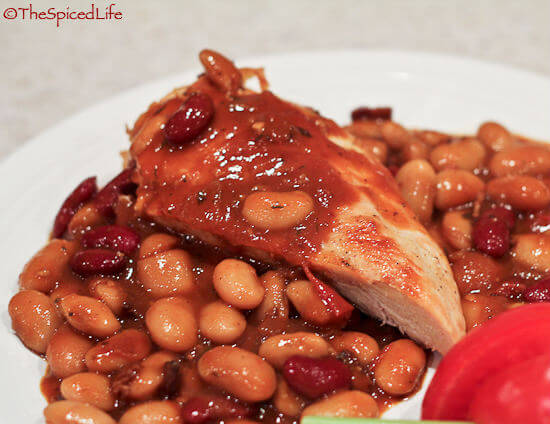 Guys! All I can think about is holiday baking, which is making it hard for my brain to adjust to sharing a savory recipe with you. And not just any savory recipe, but one that, if I am honest, you would enjoy just as much in the summer as a side to your BBQ as you would in the winter served as I have here. In other words, nothing really in the Christmas spirit. But you know what is in the holiday spirit? New cookbooks. Autumn sees the best roll out of new cookbooks of the entire year. And if something inspires you, well, season be damned. It’s time for some baked beans! 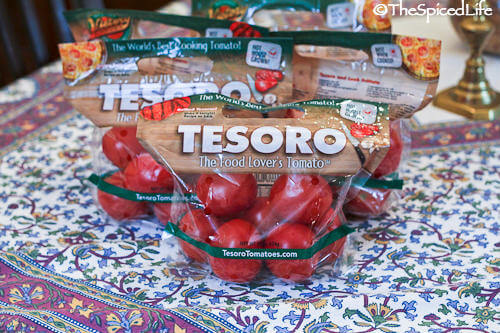 I will tell you about the cookbook that inspired these beans, but first some required fine print that also inspired my meal! This is a sponsored post on behalf of Kitchen Play, meaning I was paid a small fee to try and then discuss a particular product, Tesoro Tomatoes (and Kitchen Play helps facilitate the relationship, if you are wondering where they come into it). I won’t lie, I was a little skeptical as I swear by local tomatoes in the summer, to the extent that I freeze them seasonally. Although these tomatoes will probably never compete for me with a plain fresh picked ripe tomato on a sunny August day, they did make a fantastic BLT, which Sammy now wants to take with her to school amusingly enough: 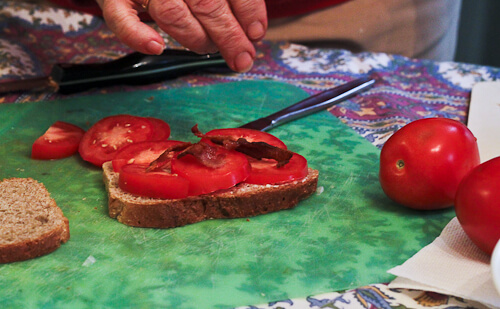 One of the special things about Tesoro tomatoes is the fact that they are almost all “meat” or “flesh” with much less of the juicy gel–in other words, they were a joy to slice and gather up when adding them to the bean dish. Also because of this, they get sandwiches less soggy and they cook beautifully, having much less liquid that needs to be cooked off first. These beans were very rich with deep tomato flavor and I was happy I had the Tesoro tomatoes to use. 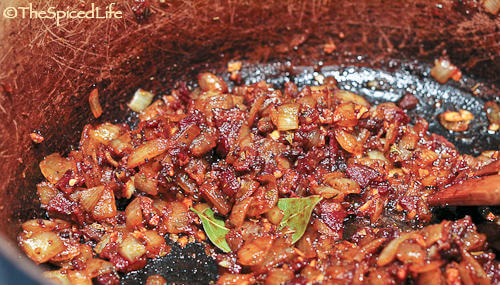 Now about the cookbook. I requested Cooking Slow: Recipes for Slowing Down and Cooking More

by Andrew Schloss from the publisher, and was quite excited when they sent it to me. Everything about this cookbook is completely up my alley. I love slow cooking, and I love that Andy’s recipes truly call for slow cooking–many of the recipes call for cooking at 200 F for as much as 10 hours (!) which I think is fantastic. He also has a great variety of influences, everything from Mexican to European to Indian, which is also perfect for me. My only complaint about the book is that some of the recipes only call for the slow cooker. I will just adjust the recipe for oven braising, but I kind of think it is a bummer that I even have to think about it. It is not advertised as a slow cooker cookbook, so I think all the recipes should also include instructions for people who choose not to use slow cookers. But this is a tiny complaint in the face of such an awesome book! 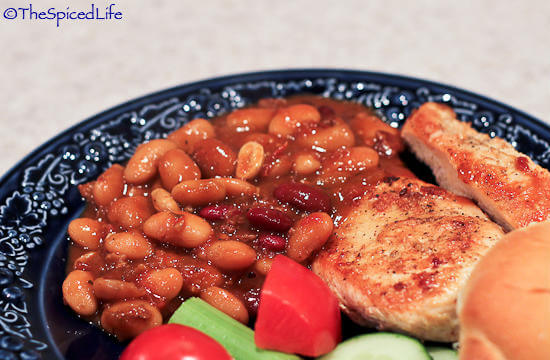 The minute I saw this bean recipe I knew I was making it. Bourbon. Bacon. Enough said.

Some notes: the flavor is pretty intense, in a good way, so I think they paired fantastically with a milder, savory meat, like a seared and baked chicken breast. We had just gotten home from being out of town or I would have served a salad or maybe some broccoli, but all I had was some celery, cucumbers and tomatoes–try not to judge! I was (shockingly) out of molasses so I used piloncillo, which is basically unrefined cane sugar before the molasses comes out. I have listed both ways in the recipe. Last, if desired you can use canned beans in this recipe (indeed, I chose to throw in some kidney beans toward the end when I thought it was a little too saucy for my tastes) but you know me and you know that I think home cooked dried beans have better flavor. 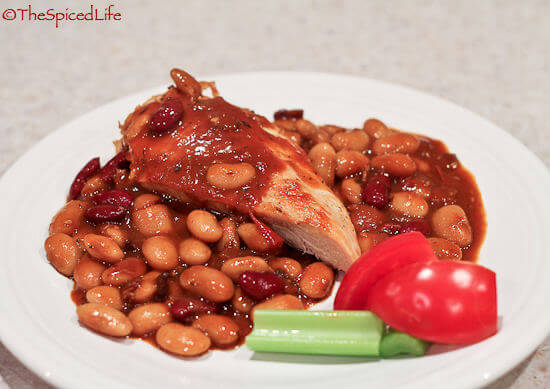 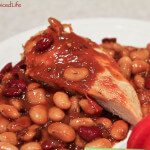 Print
Bourbon Bacon Beans
These beans take a while, so either start early in the day or make them one day in advance (I did the latter); closely adapted from Andrew Schloss.
Course: side
Cuisine: beans
Author: TheSpicedLife
Ingredients
Instructions

This is a sponsored post via Kitchen Play, in which I have been paid a sum of money to both try Tesoro tomatoes and discuss using them. All opinions are my own. Likewise, I was sent the cookbook Cooking Slow to review and use; once again all opinions are my own. As always, affiliate links have been used in this post, but only to link to items/pages that I would be linking to anyway in the normal course of my discussion.