Rich, savory and fragrant Biryani Gosht is fit for a celebration and can be made with any red meat. 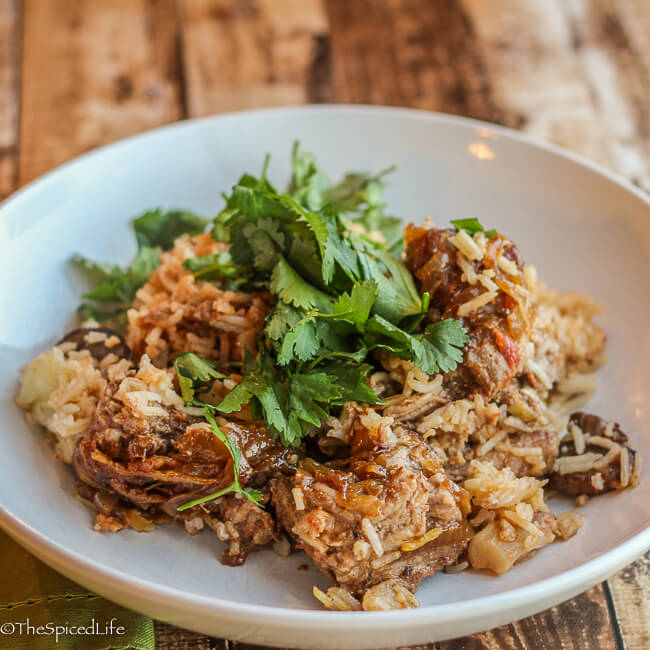 I know it is kind of lame to resort to discussing the weather, but you guys know those classic scenes in various movies and tv shows where the violence increases as the heat index rises? Yeah I think multiple snow days have the heat index beat. I have watched my normally pleasant, friendly small town become a morass of people quibbling, arguing and calling one another out on Facebook the past week. I would just turn off notifications except I am the administrator for one of the groups.

Between PARCC testing, Blizzard Bags and everyone going crazy I am ready to become a hermit for the rest of winter. (If you are curious where I stand I am probably against the testing but annoyed by the parents who think it is abusive or something, against the Blizzard Bags, and usually a fan of cozy snow days spent sipping hot chocolate.) Ironically I am thrilled it finally snowed because it is so gorgeous out, but tempers are definitely running short around here! 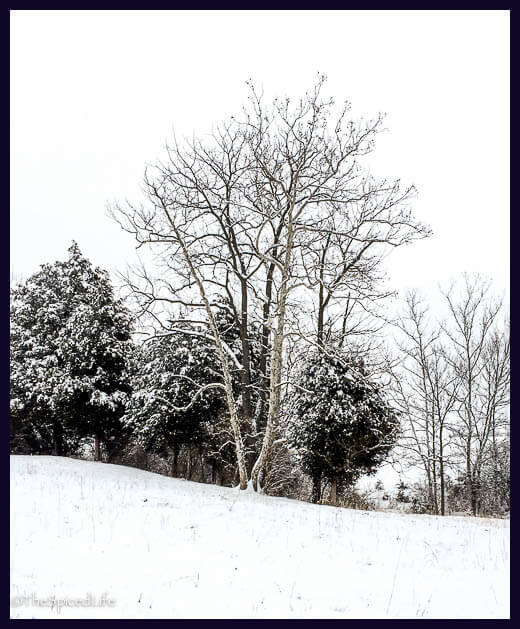 This is the view going out past my backyard. Sadly I do not own this gorgeous Sycamore tree–it grows along the creek just past my property and I will cry if anyone ever cuts it down. Its stark, bone-white beauty is one of my favorite things about the winter landscape. I took this while out playing in the snow with Alex last weekend.

So, apropos of nothing other than to cheer me up, let’s talk biryani!

This is a Biryani Gosht, which contrary to what some people believe, does not translate as Lamb Biryani necessarily. It could be a lamb biryani, but it could also be mutton or goat (traditionally speaking) or any red meat. Gosht more or less means flesh meat. So because I am me–not disrespectful of other cultures’ food restrictions but certainly not inclined to worry about them myself, I made it with pork and beef. Definitely untraditional, but also definitely easier for most people around here to come by and, as long as it works with your diet, definitely, definitely delicious. (And if it does not fit in your diet, just sub in your favorite braising cuts of lamb or some other red meat.) 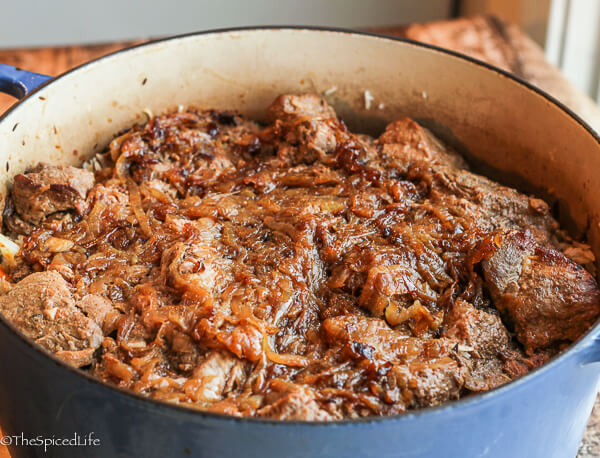 This is the first time in a while that I have managed to really do up John’s birthday the way I used to (for a while there we were knocked out by school germs every February), and he adores biryani. (Stay tuned for his dessert!) We all loved this–the slow cooked, falling apart pork and beef permeate the entire dish, as well as richness from the mushrooms, ghee, yogurt and cream. So definitely not an everyday kind of dish! It is perfumed with saffron, garam masala, and many of the traditional “sweet” whole spices, such as cinnamon and cloves. And the whole thing is smothered in caramelized onions. Heaven. The deep orange that you may be used to in Indian cuisine is not there, because this biryani is a Moghul style biryani, and as such uses saffron rather than turmeric, and the pricier saffron is used much more sparingly than turmeric and frankly is just not as strong of a dye. 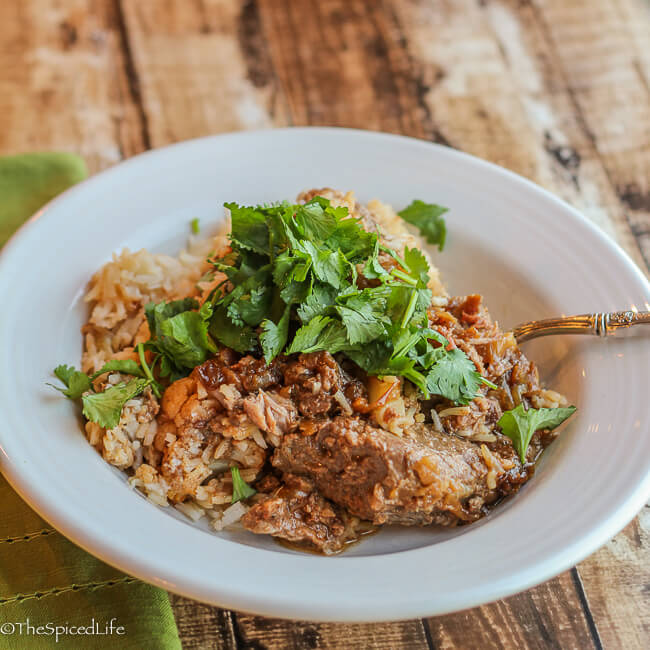 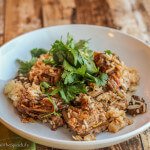 Print
Biryani Gosht
The least stressful way to make this is to take 2 days--but that is only because of the slow cooking required for the meat. Please do not get intimidated--read through the recipe and if you feel you have time (i.e., you get up earlier than me!) then make the recipe in one day.
Course: Entree
Cuisine: Indian
Author: TheSpicedLife
Ingredients
For the meat:
To Assemble:
Instructions
On the first day (or early in the morning--see headnote), make the meat:
Assembling the biryani (or day 2 if you are doing this in 2 days):