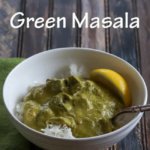 Beef with Green Masala uses bright cilantro and fiery peppers to create a complex and herbaceous masala paste that perfectly complements the umami of red meat. A copy of Regional Indian Cooking was sent to me by the publishers for the purpose of an honest review. Affiliate links have been used to link to items I am discussing. 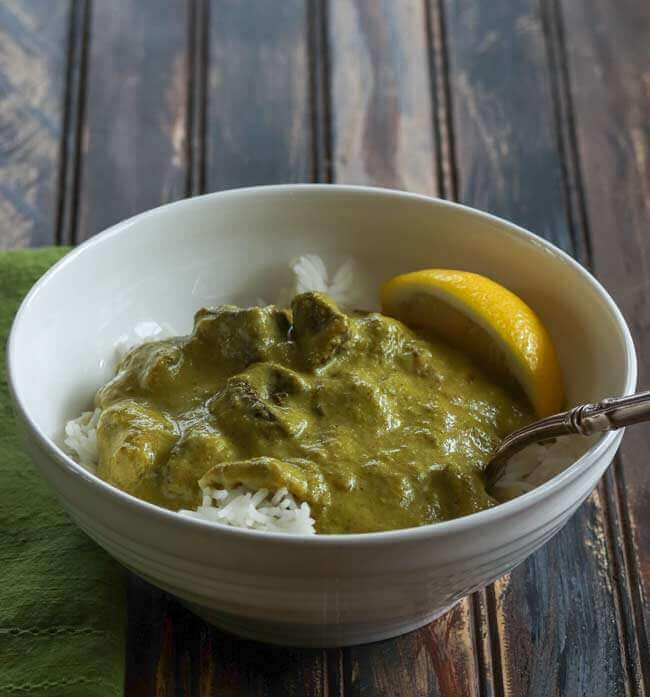 There is a rhythm to blogging and without a doubt my rhythm has faltered this last year. However, unlike, say, exercise, I love blogging so I keep popping in when I can. The fact that I was gone for the last three weeks did not help, but I will talk more about that next time as I do not want to detract from the awesomeness that is Regional Indian Cooking: Simple and Healthy Ayurvedic Recipes [Indian Cookbook, Over 100 Recipes]

The publishers contacted me last fall to ask if I was interested in reviewing Regional Indian Cooking, and I definitely was but I had also just received the thyroid cancer diagnosis so I warned them it would be a while before I got to a review. And alas, it was a while, but guys I loved this cookbook. At this point I must have over 40 Indian cookbooks, so it can take a lot for me to sit up and take notice of one. This book definitely did catch my interest. The recipes are not too simple (“5 ingredient” Indian recipes drive me nuts–the rich complexity of spices in Indian dishes is exactly what makes them so fabulous!) but they are also not too complicated, and there are plenty of flavor combinations I have not seen elsewhere. Like most Tuttle titles, the focus is on authenticity and accessibility, not amazing photographs or binding, but that makes their books all the more affordable. 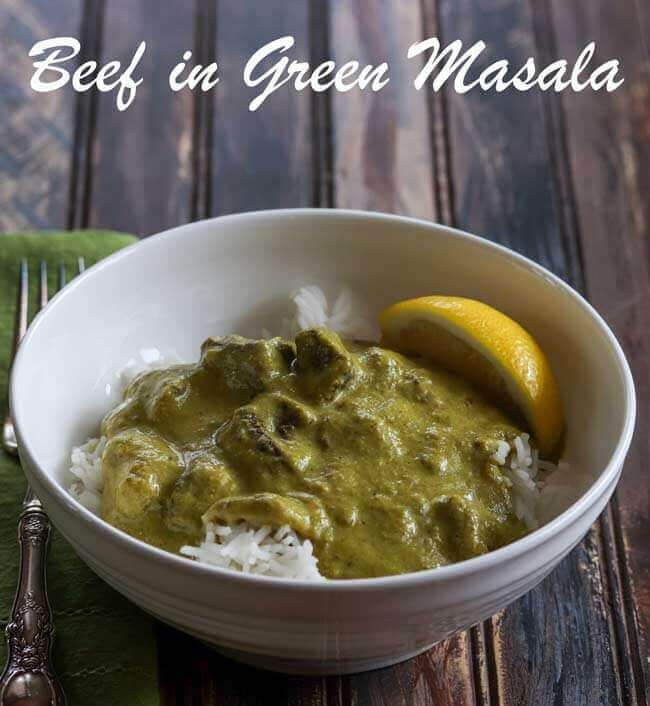 As a cilantro aficionado, I was immediately intrigued by the Lamb in Green Masala. As originally written, the dish is an appetizer and of course is made with lamb. So my first changes were to double the recipe to become an entree (who has time to make a starter!?), use the cheaper and more easily obtained beef, and add mushrooms just because we are mushroom obsessed as longtime readers know. Otherwise I made this pretty closely to as it was written–and I did write the recipe in starter portions, but you can double it if you want to do what we did. 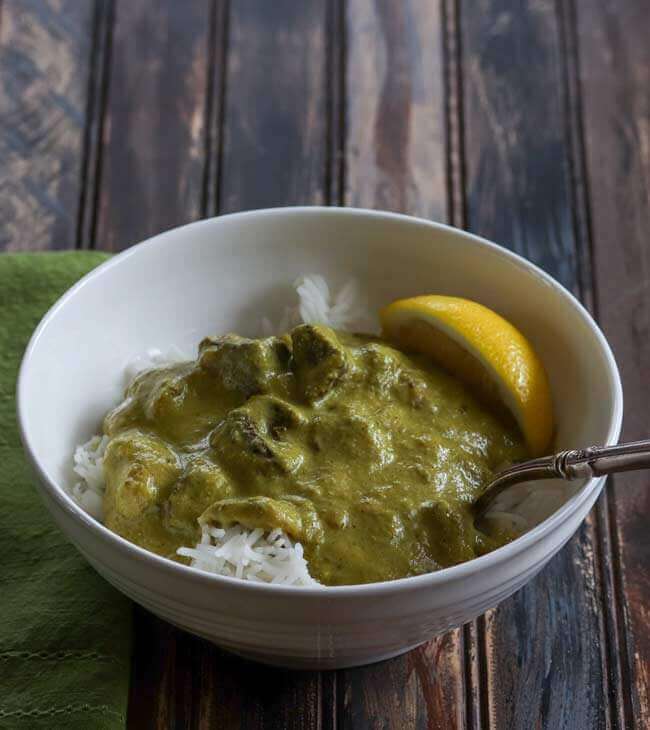 One other change I made, that I pretty much always make, is to brown the meat first, before working on everything else. I think it gives a savory flavor to the cooking fat that everything else proceeds from and of course it browns the meat better, caramelizing the sugars in the meat. Another predictable change for long time readers is that I subbed out about two thirds of the hot peppers and used yellow bell peppers (to maintain the integrity of the green in the sauce) because my girls would have trouble eating a dish with ten hot peppers! Whatever substitutes you do make, make sure they work with the bright green cilantro. For example, do not use red onions or red peppers, as they will turn the sauce brown. 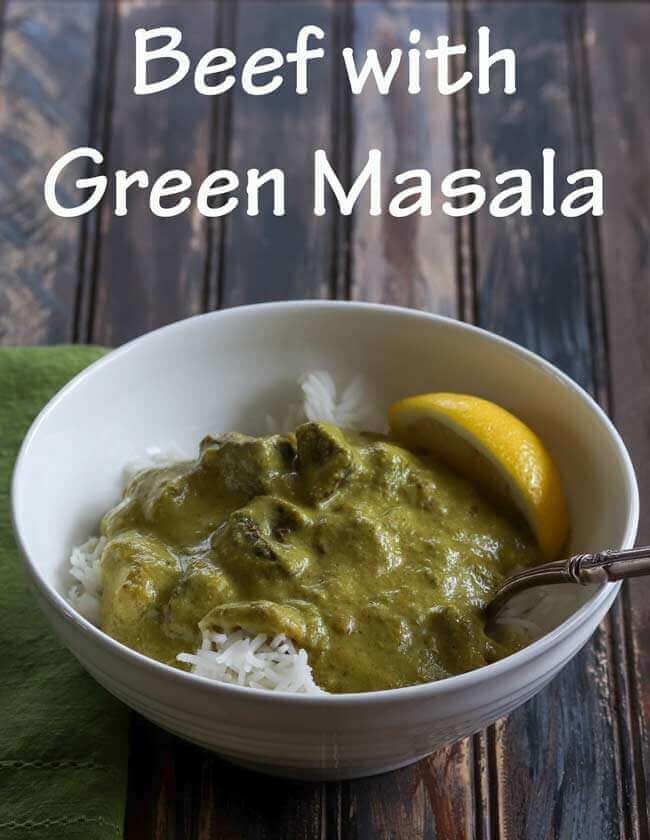 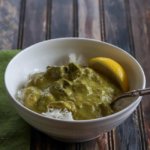 Closely adapted from Ajoy Joshi and Alison Roberts; double the recipe for an entree curry instead of starter.

I was surprised this dish was listed as a starter and automatically doubled it for an entree. It was delicious either way, but would definitely be filling as a starter!