You are here: Home / breakfast / Baked Oat Porridge Pudding: Review of How To Boil An Egg

Warm and comforting straight from the oven, Baked Oat Porridge Pudding drizzled with cream is the perfect autumn breakfast with scrambled eggs on the side. How to Boil an Egg was provided to me by the publishers for the purposes of an honest review; all opinions are my own and no other compensation was received. 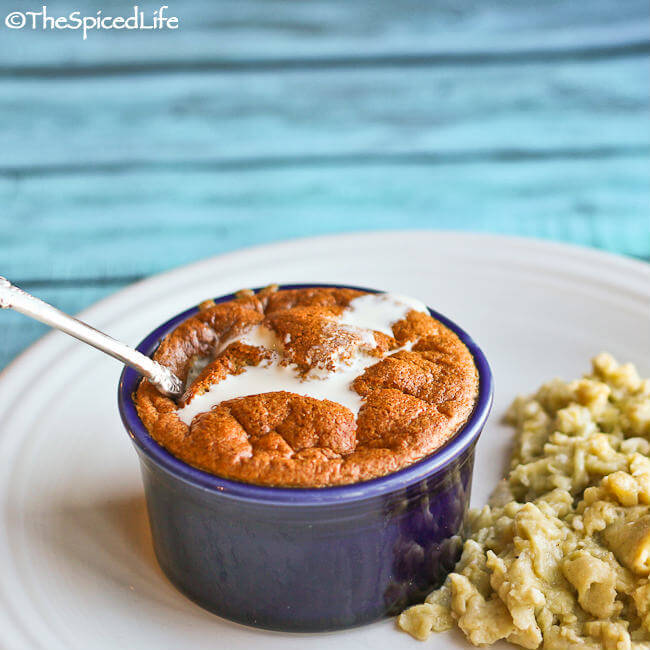 Guys. Sorry for the extended silence. I came home from Asheville with bronchitis, but given the way the weather has been bouncing around I cannot say the diagnosis was particularly shocking.

Speaking of the suddenly arctic weather, I have a great cold weather breakfast to share with you! I think of it as being particularly British, although truthfully it is kind of a gussied up baked oatmeal. But the word “pudding” is so much more fun! I served it with scrambled eggs with vinegar, both of which are from Rose Carrarini’s How to Boil an Egg

(you may remember Rose Carrarini from my review of her Breakfast, Lunch, Tea). 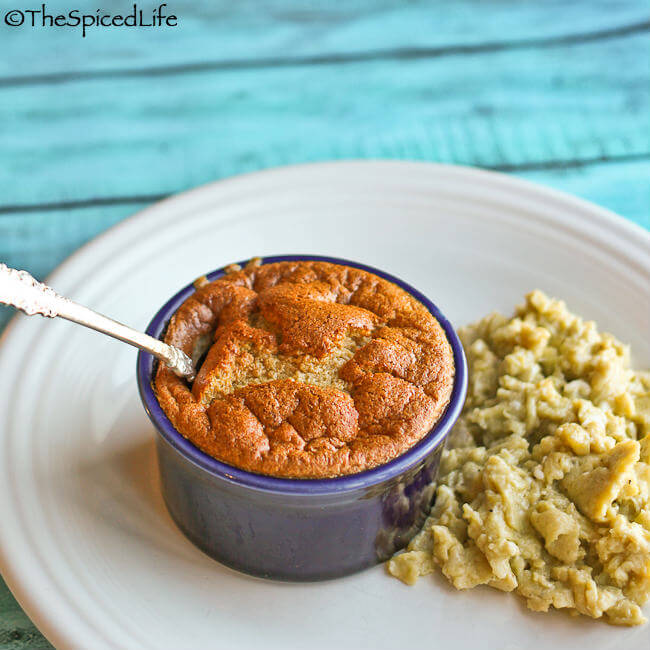 How to Boil an Egg is the follow up to Carrarini’s first book–both are charming, very European, and illustrated rather than photographed. In both cases the savory meals did not do much for me, probably because I am not a fan of lunch food. But in both cases I was charmed by the baked goods. How to Boil an Egg includes scones, muffins, cakes and puddings. The book is indeed a celebration of the egg, but I would not call it an encyclopedic reference for how to cook eggs. It is more like a whimsical love poem to the mighty egg.

For the sake of trying something that was more an egg dish on the face of it–and because I was super intrigued by it–I did try “Scrambled Eggs and Vinegar.” In the headnotes of the recipe, Carrarini comments “You can reverse this recipe to make it classic scrambled eggs served with vinegared toast.” I love vinegar–I am a fiend for sour food–so how have I never heard of this “classic” dish? Have you? And if you have, where are you from? Is it a British thing? European? Anyway, I made the eggs, although unfortunately my red wine vinegar was almost out,. so what did come out was very strong and kind of discolored the eggs grey! We loved these eggs–but at 1/4 cup of butter to 3 eggs, I would venture to say there is a reason we loved them! I am not going to share this recipe, but rather exhort you to buy the book if you are interesting. 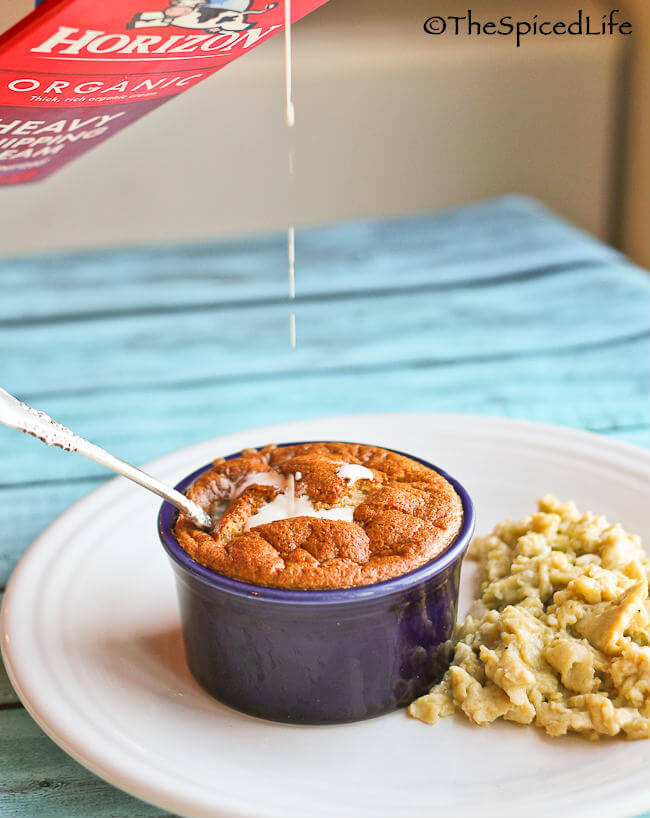 As for the pudding itself? It was fabulous! My kids especially loved it and have begged me to make it again since then. Comparing it to its obvious American cousin, baked oatmeal, it is more ethereal (from the whipped egg whites) and softer and moister, as the oatmeal is cooked on the stovetop first. I did not find the pudding to be too sweet at all, but I am sure you could reduce the brown sugar a bit. I do urge you not to scrimp on the cream, as it makes this dish especially luxurious and delicious. We passed on the garnish of chopped nuts, but if I were eating this on weekdays without the scrambled eggs I would probably add them in. She also suggests trying it with apple compote, which I think sounds heavenly. 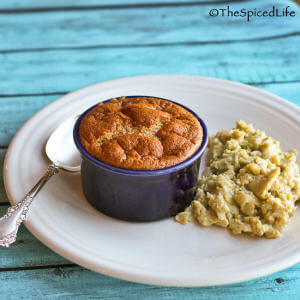