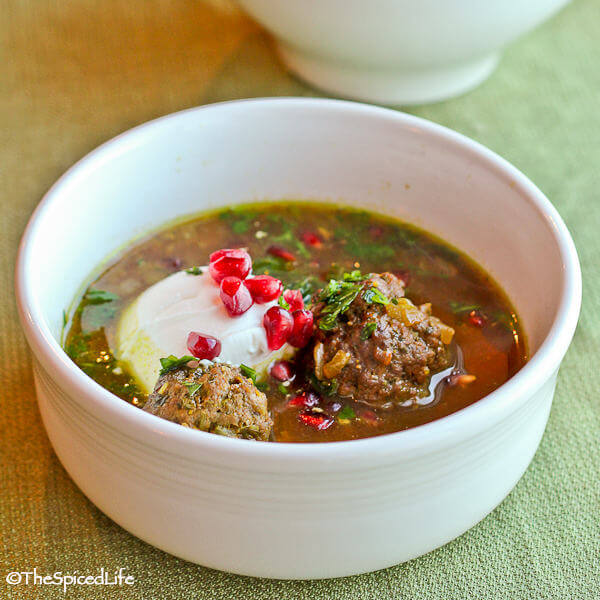 I almost forgot to share this recipe with you guys, which would have been a crime! It is that good! But boy it has been a weird month. The cruise was enough alone to make everything topsy turvy–I would love to say that we always get out of town in the winter but actually that was only the second time we have ever gotten somewhere warm in winter since having kids. But never mind the cruise. The weather is insane. The kind of insane that is having a daily impact. My kids (when you factor in the cruise also) have had exactly 2 full days of school since mid December. We keep “warming” up, to the teens, at which point it snows again and then we are back down again into the kind of temps that are supposed to plague northern Ohio–or even Canada, not southern. The dogs are going insane (ok only really the puppy, but still) and frankly the kids are a little too. I am loving the 2 hour delays, but not leaving the house is getting a little old. 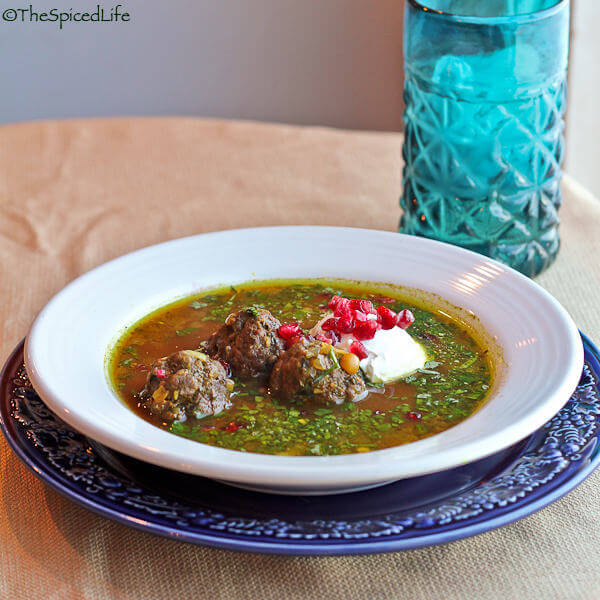 Which brings me to this soup. Yes I almost forgot about it, but forget about that. It is the perfect soup for these cold winter days. Actually it is so tasty I would go so far as to say I would enjoy it year round, but let’s face it, soup is extra special when it is bitter cold outside. I found the basis of the recipe (I adapted the recipe, but I would say it is still recognizable as the original) in Louisa Shafia’s The New Persian Kitchen

, a cookbook that I had been lusting after for almost all of 2013. I think it had a billion asterisks next to it in my wish list. Happily, my husband pays attention to those asterisks and I did indeed receive it for Christmas. Louisa writes the blog Lucid Food, and her book has been lauded by blogger, magazine and newspaper reviewers alike. The recipes are vibrant and veggie heavy, and lean toward the kind of legume and meat based Flexitarian one pot meals we love best. I think I have half the recipes bookmarked! 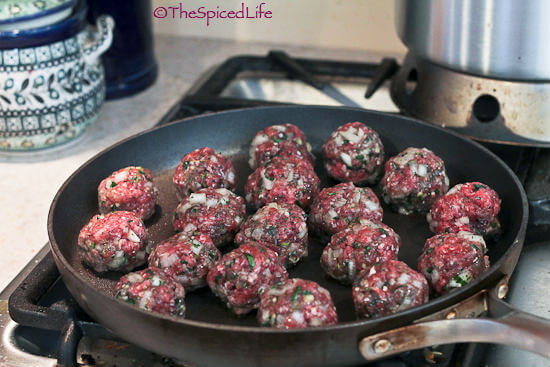 Unsurprisingly, Louisa suggests lamb meatballs for this recipe. Equally unsurprisingly, living where I do, I used beef. Choose whichever sounds best to you. I also chose to brown the meatballs on one side before dropping them into the soup to simmer. 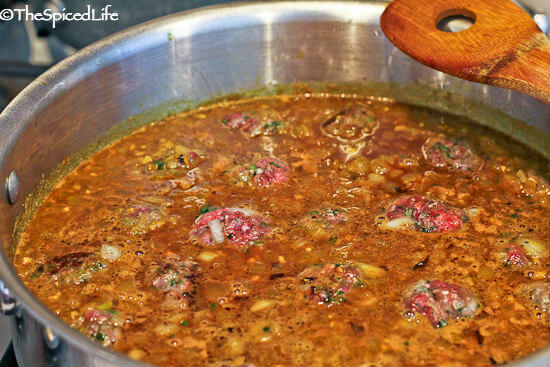 For those of you who love sweet, tart and savory mixed together–like I do–this soup will be a dream come true.  It manages to be hearty without being heavy and warming without making you sweat the way a spicy soup would. The minute I saw the recipe I knew I would be making it, and it did not disappoint. I know you’ll love it too. 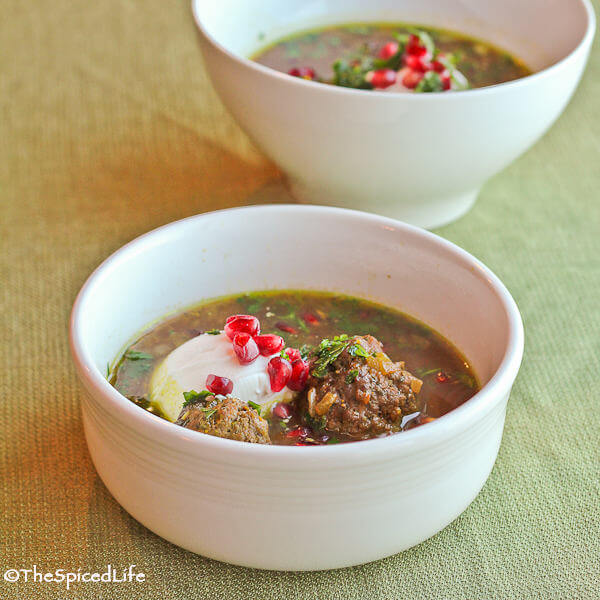 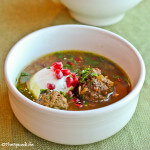